MSNBC’s Rachel Maddow reports that a Trump Org. advisor who is being investigated for money laundering may run DOJ 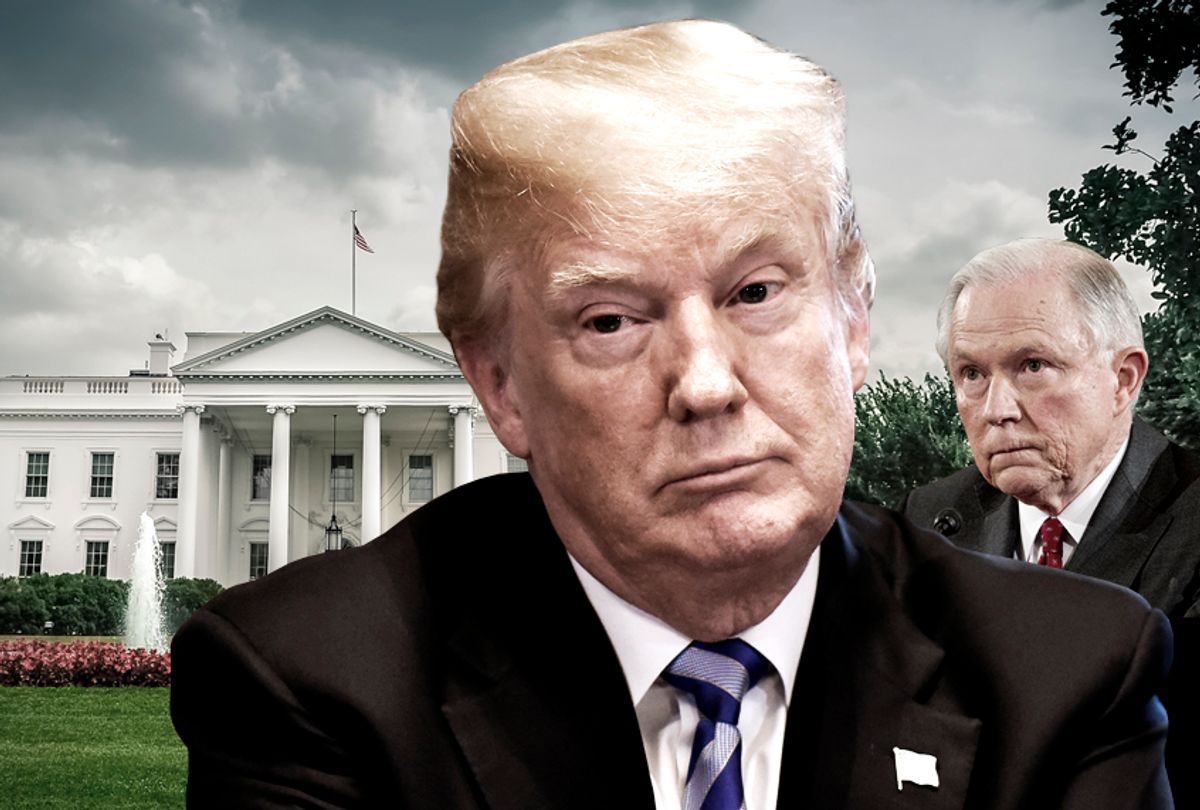 On Wednesday night, MSNBC’s Rachel Maddow revealed that not only is Donald Trump’s “outside ethics advisor” accused of money laundering — he’s in the running to be the next attorney general or White House counsel.

Earlier on Wednesday, the Wall Street Journal reported that multiple figures in the president’s orbit are being investigated by the Justice Department for potentially taking laundered money from the largest embezzlement scandal in human history.

Maddow pointed out that Bobby Burchfield, the lawyer representing the alleged Malaysian embezzler Jho Low, serves as the Trump Organization’s outside ethics adviser.

Burchfield was hired when “when the president decided he wasn’t going to give up his business and form a trust,” the host noted.

“‘Don’t worry, we’re hiring an outside ethics adviser to make sure everything is squeaky clean for me to be the first president in modern history to retain his business interests while still serving as president,'” she said, imitating the president’s train of thought. “‘We have an outside adviser. Rest assured, there will be no funny money sliding through anywhere, nothing the least bit smelly in this unclean office fridge, everything will be fine.'”

Maddow went on to note that according to Bloomberg News, Burchfield is one of the candidates being considered to replace Attorney General Jeff Sessions or White House counsel Don McGahn.