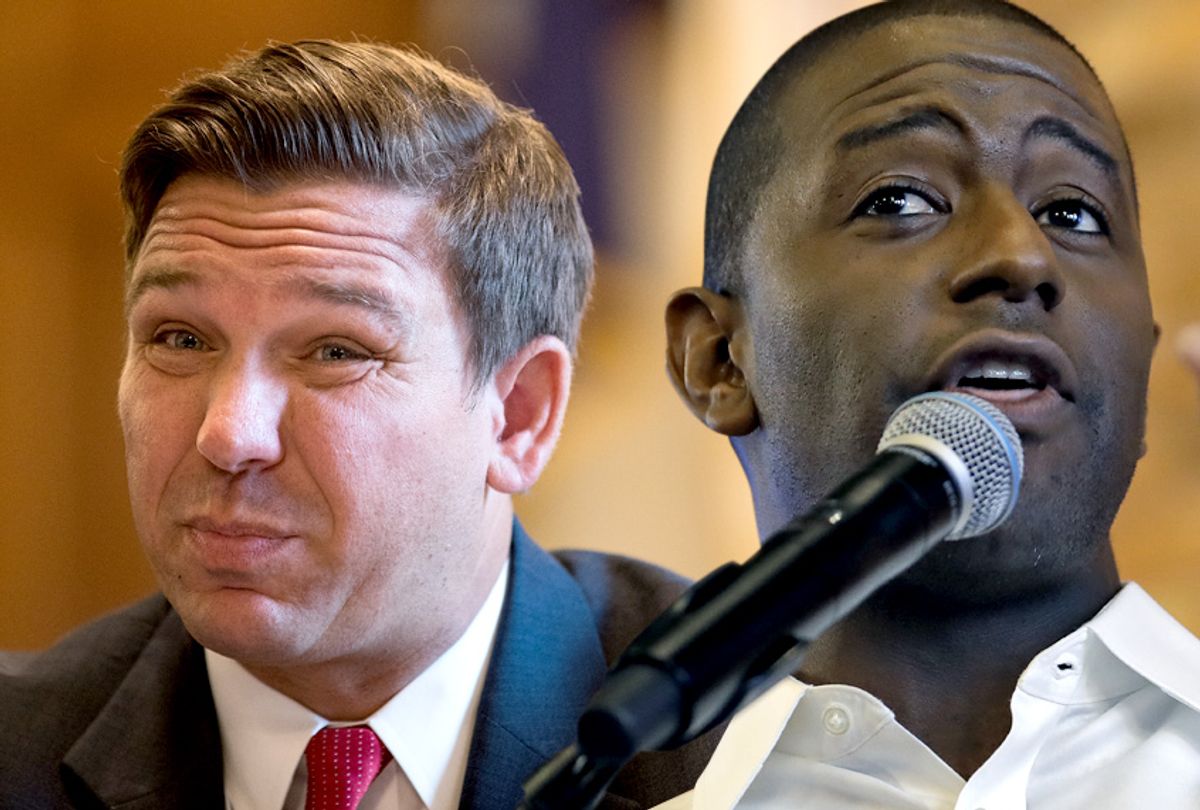 A group of Idaho-based neo-Nazis has paid for a series of robocalls targeting Andrew Gillum, the Democratic mayor of Tallahassee this week who became the first black man to ever receive a major party nomination to be Florida’s governor.

The Tallahassee Democrat reports that the calls, which are going out to voters in Tallahassee, feature someone pretending to be Gillum who puts on “an exaggerated minstrel dialect” while “jungle noises” are played in the background.

The calls end with a disclaimer, the paper reports, that say the calls are being sponsored by “The Road to Power, an anti-Semitic, white supremacist website and podcast linked to Scott Rhodes of Sandpoint, Idaho.”

Gillum’s victory in the Florida Democratic gubernatorial primary was seen as a major upset in the state, as he had been significantly outspent by his primary opponents. He will face off this fall against Republican Ron DeSantis, a staunch ally of President Donald Trump.

DeSantis got into trouble this week when he warned that voters would “monkey up” Florida if they elected Gillum — a statement that many observers took to be an obvious racist dog whistle.

It was also revealed that DeSantis helps run a Tea Party Facebook group whose members dabble in both racist rhetoric and conspiracy theories about a “deep state” plot to destroy President Trump.