Experts claimed autism’s triad of impairments made literature a bad fit for the autistic brain. Not so, I've found 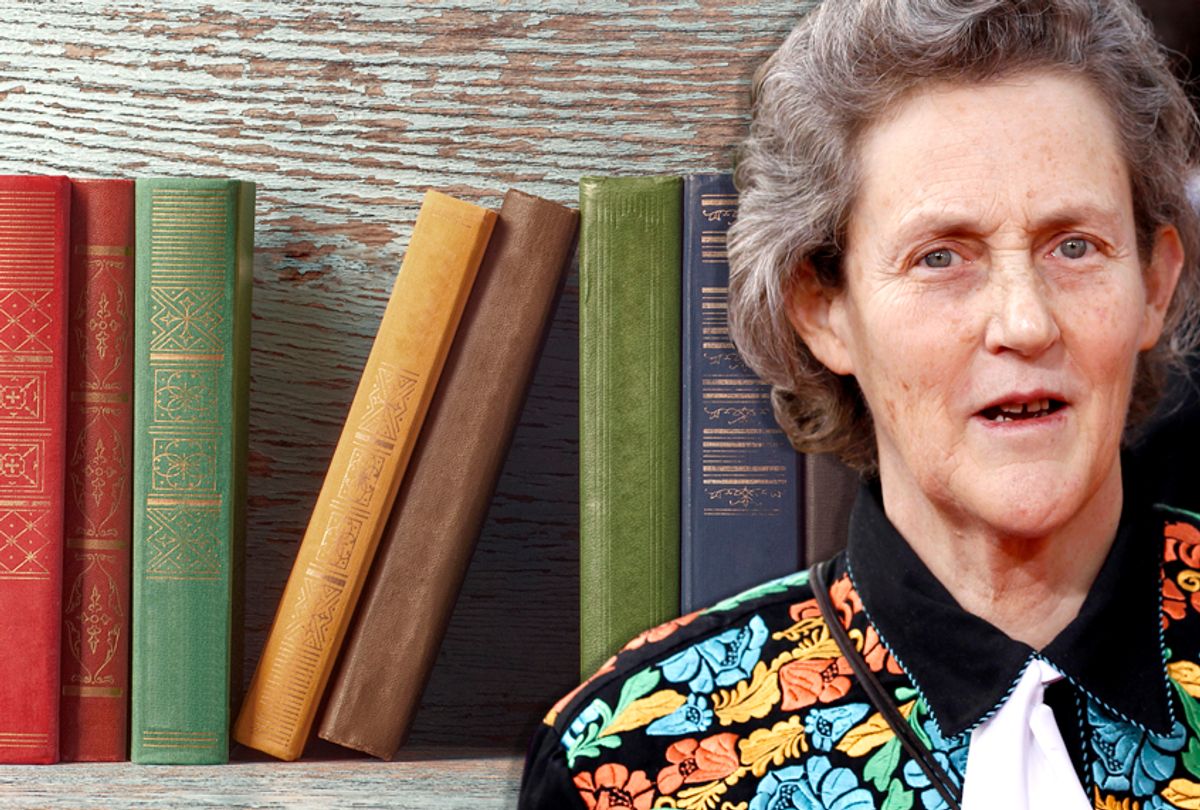 It’s early in the 21st century, and we still have no idea what autistic people can do. Raising an autistic son who publishes poetry and creative nonfiction taught me that autism doesn’t have to be an impediment to literary understanding. To the contrary, it can even be a boon. My experience discussing fiction with people across the spectrum has only strengthened this belief.

I recently had the pleasure of reading short stories with Temple Grandin, who is famous for her innovations in livestock handling and also for being autistic. In his profile of Grandin, “An Anthropologist on Mars,” the late neurologist Oliver Sacks had suggested she was uninterested in literature—not only uninterested but also incapable of appreciating its social, emotional and linguistic nuances. The good doctor, it turns out, was wrong.

According to experts, autism’s “triad of impairments” (in communication, imagination and social interaction) made literature a bad fit for the autistic brain. Studies from the previous three decades postulated deficits in two key areas: theory of mind and the apprehension of figurative language. People with autism, the argument went, are “unable to develop an awareness of what is in the mind of another human.” If the mental states of others are beyond their reach, how can they possibly manage the moody jungle-gym of make-believe conflict that we call fiction?

And if autistic people struggle with the dowsing rods of metaphor and irony, how can they divine a work’s deeper meanings? An obdurate, self-contained literality plagues autistic consciousness. This view of autism became so prevalent that a best-selling novel "The Curious Incident of the Dog in the Nighttime" made social and metaphorical bafflement a central aspect of the protagonist’s characterization.

Yet with time, perspectives change, and stereotypes begin to waver.

With Temple I discussed two stories from "Among Animals: The Lives of Animals and Humans in Contemporary Short Fiction." In one titled “Meat,” a man is appalled by the horrors of commercial livestock production and decides to humanely raise and kill the animals that his family eats.

Narrated by his young daughter, who becomes attached to these animals, the story refuses, like a portable chair, to collapse into platitude. Even if the author, C.S. Malerich, believes in humane slaughter as a practical necessity, her primary allegiance is to what Cleanth Brooks called the “recognition of incongruities.” There’s no easy way to reconcile caring and killing.

Obviously familiar with this subject matter, Temple zeroed in on the story’s ambiguity, and she recalled a pivotal moment reading "Dante’s Inferno" in 1966. (Grandin, I remember thinking, a reader of the classics? Who knew?Later, she would recite, from memory, lines by William Wordsworth!) “When I took a literature class in college, a long time ago,” Temple said, “the professor explained why the middle of hell is cold.” The conundrum had stayed with her over the years.

In the "Inferno," as Satan flaps his wings, the wind they generate turns water in the lowest circle of hell to ice. The more he tries to escape from the lake in which he stands, the more he becomes immured. “It’s a paradox,” Temple claimed. The image of Satan literally precipitating the terms of his own misery, conveys a complex psychological truth. This paragon of fiery rage is entirely removed from the warmth of God.

The story prompted Temple’s associative mind to complicate the sort of thing she tended to write about livestock production: “The animal would never be born unless we bred it. While it is alive, we must give it a good life.” Had she connected the frigid temperatures of the meat locker with those of Dante’s hell—glided, as it were, from one paradox to another? Was the good life before humane slaughter (and a scrumptious meal) akin to Satan flapping his rime-covered wings? In short, a vicious cycle?

The story had pulled out of Temple a more robust expression of what Martha Nussbaum terms “an ineliminable residue of tragedy in the relationships between humans and animals.” It revealed the depth of her own thinking about this matter and perhaps even clarified it.

Bertrand Russell remarked, “In all affairs, it’s…healthy…now and then to hang a question mark on the things you have long taken for granted.” Taken for Grandin, he might have said. Let’s hang a question mark on autism—or, rather, on settled opinions about it. With regard to reading literature, autistic people should enjoy what most of us enjoy: a chance to read and some dedicated instruction.

Ralph James Savarese is the author of "See It Feelingly: Classic Novels, Autistic Readers, and the Schooling of a No-Good English Professor" (Duke University Press, October 12, 2018). He is also professor and chair of the Grinnell English Department.