These anonymous Twitter accounts are the real Intellectual Dark Web, and they're calling out right-wing media 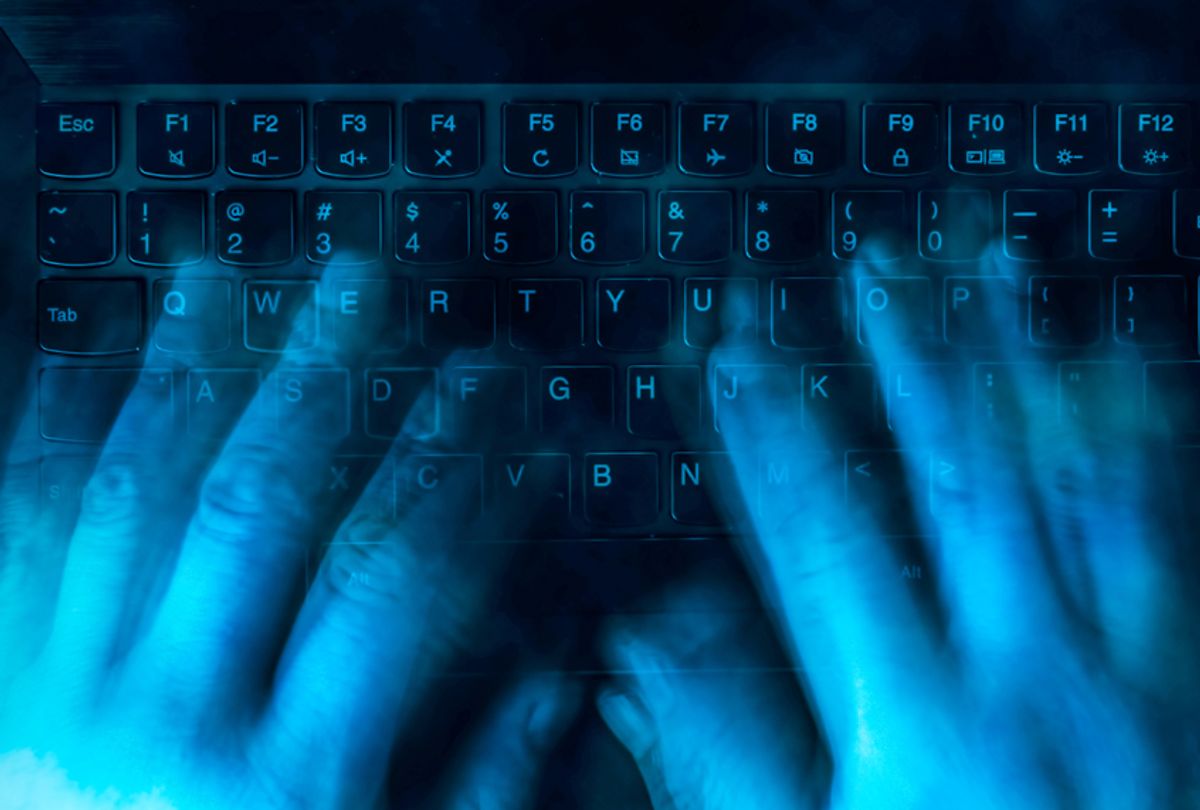 feelThere's an ideological war raging in the U.S. That's what Commentary magazine's John Podhoretz said in a recent podcast, anyways. And he's not wrong. It might not be a conflict as epic as the Second World War. It's not being fought on a battlefield or in research labs. But it is consuming much of the discourse in 2018, especially on Twitter.

Much of the battles involving the left appear to be partisan infighting: liberals pushing back against the dramatic shift to the left; Democratic Socialists assailing the liberal establishment. Conservatives, meanwhile, have seemingly abandoned any constructive introspection. "Owning the libs" has become their only battlecry.

The rise of President Donald Trump should have precipitated an ideological insurrection. But the most popular movement to come out of the right post-2016 was the Intellectual Dark Web (IDW), a quasi-informal group of political commentators and professors who've gained traction for its hostility towards American liberalism. Bari Weiss, a conservative op-ed writer at The New York Times, introduced the IDW in a column earlier this year. In the piece, she elevated personalities such as Jordan Peterson, Dave Rubin, Candace Owens and Charlie Kirk, to name a few. They were grouped together not because of an ideology they shared, but because of an ideology they all rejected. The IDW criticizes most, if not all, policies and social movements that have arisen from America's liberal trajectory. Feminism, affirmative action, subsidized health care, Black Lives Matter, wealth distribution, immigration, all have come under fire by the IDW. Their main antagonist may be the "mainstream liberal media," which they vilify for propping up progressive causes. Because of this, conservative media has welcomed these new voices into the tent, even though some whitewash racism and anti-LGBTQ bigotry.

Some would argue that parts of right-wing media landscape have long been tainted. Before Trump announced his campaign for the presidency, certain writers and watchdog groups have monitored the debasement of conservative media. But since Trump took control of the White House, there has been a more aggressive push to discredit certain conservative personalities and websites. CNN's Brian Stelter has taken on some of the responsibility, as his show "Reliable Sources" seeks to call out journalistic malpractice from all sides.

Nevertheless, the most formidable group that has consistently held conservative media's feet to the fire this past year or two has been a handful of anonymous Twitter accounts. These anonymous Twitter accounts — or anons — have fact-checked and criticized conservative journalism to the point that the right can no longer ignore them. Their media criticism has now become mainstream, frustrating conservatives who see this as a blatant attempt to delegitimize and silence right-wing voices.

Some, if not most, of these Twitter anons were or are self-described conservatives. They include, but are not limited to: @KT_So_It_Goes, @UrbanAchievr, @AtticusGF, @cnn94cnn, @PeterWaldoToo,

@ClenchedFisk, @kbaxter, @LesserFrederick, @ALTscoe and @classiclib3ral. These anons have entered the limelight this past week, as some raised questions as to whether columnist Salena Zito has been fabricating quotes and misrepresenting sources. (Not a household name by any means, Zito has grown in prominence the past year or two for documenting the satisfaction of Trump voters post-2016.)

It all began when Twitter user @rod_inanimate pointed out that some people described in Zito's latest book as "lifelong Democrats" and "former Obama voters" were actually elected Republicans and party officials. After the thread went viral, other anons began resurfacing critiques of Zito that they have made in the past. Perhaps the most damning allegation was that Zito invents quotes made by complacent Trump voters — the circumstantial evidence being that Zito often relies on unnamed sources to tie her stories together.

"Sam" is a 40ish pharma salesman from suburban Cleveland who, and I realize this will shock you, doesn't want his full name published. pic.twitter.com/NL09ZIOzkU

Using unnamed sources in "man on the street" reporting is often frowned upon, if not improper. Washington Post journalist Dave Weigel revealed this week that he would not use a quote unless he gets the speaker's full name, age and occupation. This is standard policy for many media outlets. One could forgive Zito if this was an one-off affair. But a review of Zito's work, conducted by anons, demonstrated that Zito goes to the unnamed-source well over and over again. Some hints that Zito may be making up quotes, according to the anons, was that dialogue she shares contains language and syntax that appear in her prose. Another mainstay in Zito's writing is that she often converses with people at rural gas stations. The anons swear that these quotes cannot possibly be real. It's difficult to verify them considering she does not provide enough information to identify the speakers.

love to hang out at an abandoned gas station on the astronomically off chance someone will pull in in and anonymously mutter a killer quote that just so happens to synchronize perfectly with my story pic.twitter.com/bytxBqXUw2

Zito addressed the allegations in a Twitter thread on Tuesday. She emphatically denied the charges in parts and in whole. She also tried to impeach her accusers by emphasizing they were anonymous, although she did say "it's their right to criticize me anonymously."

It might be just one person - with an agenda. It’s their right to criticize me anonymously, but they are not entitled to deny the facts. And I won’t deny my readers the truth.

Zito was not the first mainstream conservative pundit to deflect criticism because they were coming from anonymous sources. Over the past year or two, many editors and writers at right-wing outlets such as The Federalist and National Review have complained that their most vocal detractors are people "hiding behind anonymity." It has become a frequent trope in right-wing media criticism. As these anons gain more and more notoriety for their criticism, right-wing commentators have become more and more desperate to invalidate them. These are just a sample of prominent conservatives rushing to the defense of Zito this past week:

The nature of this campaign, carried out by the same anonymous actors who have attacked me and my husband for over a year makes it unlikely for me to take it seriously. Going through their evidence, I feel justified in that judgment.

It really is amazing to me how someone is so emotionally invested in undermining @SalenaZito's book and they clearly haven't really read it because many of the accusations are explained in her book already. She did better research than her anonymous chicken accusers.

The anonymous account is a notorious fabulist with an ideological axe to grind, a coterie of personally abusive followers, and a deep hostility to good faith debate.

There were some good-faith defenses of Zito's work. However, a lot of her allies tried to kill the messengers as opposed to the message. The public confrontation between mainstream conservative pundits and the anons was the manifestation of an ongoing debate over the merits of anonymous criticism.  The concern over bot accounts and foreign intelligence campaigns has somewhat stigmatized the anonymous use of Twitter. Some tech leaders, such as Mark Cuban, have advocated that Twitter should confirm users' actual names. For right-wing punditry, however, the main objection is that a group of anons are attacking their journalism. As one anon recently put it:

Some conservative commentators have proposed that the anons are a cabal of left-leaning mercenaries tasked with taking down prominent conservatives.

I'm not sure who is coordinating it, but it is very clear to me that the attacks on @SalenaZito are not just being coordinated, but amplified by a mob. Not sure whether the mob is paid or otherwise, but it is organized and targeting members of the media.

Exactly. Much of the campaign is helmed by anonymous accounts. No such questions are ever aimed leftward. https://t.co/eZqLrK8GVA

Other conservatives have accused the anons of seeking fame and fortune for their work.

Maybe someday I'll go anonymous, become an "ex-conservative," and set up a gofundme.

The suggestion that these anonymous Twitter accounts profit from their social media use is patently absurd. None ask for donations. If they do aspire for fame and fortune, then their currency is likes and retweets, not contributions via Patreon pages or Go-Fund Me accounts. If anything, the service they provide only brings them threats of doxxing, which one Federalist contributor has already intimated.

I tweeted and I will not stand for that.
Brandt, you're a troll and trash. I have heard many awful stories about how you've treated people on here. Here's the thing -- we know who you are.

Ironically, the person who made this threat against @UrbanAchievr also runs an anonymous Twitter account. Not one conservative seems to have a problem with his or her anonymity.

When Weiss' IDW column first published, the name "Intellectual Dark Web" drew some eye rolls. The dark web is a part of the Internet that can only be accessed through unconventional networks, such as Tor. Members of the IDW are anything but inaccessible. Content from the IDW will appear as recommended videos on YouTube. Peterson and Rubin have gone on tour together, speaking before sold-out auditoriums. Candace Owens and Charlie Kirk have become two of the most prominent conservative voices on Twitter.

Beyond their disgust with American liberalism, the other trait that draws IDW members together is their ability to capitalize on a void in American conservatism. Taking a page from Trump, the IDW learned that to succeed in the punditry business meant becoming an avatar for disenchanted Americans, a mostly-white demographic that feels as if 21st-century orthodoxy repels it. It's not intellectualism that the IDW offers, nor is it an ideology. It's a sense of injustice that the IDW has enflamed and exploited for money. Zito's own reporting confirms how receptive Trump voters are to grievance politics — how they prefer playing the victim. In this sense, the IDW and mainstream conservative media have dovetailed their efforts to curtail progressivism.

Not all conservative outlets have lost respect for its past. Publications such as The Weekly Standard and Commentary continue to appreciate its roots. So does National Review from time to time. However, a plurality of conservatives seem to have become untethered from the ideological strain it once embraced.

The jury is still out as to whether Zito crossed any lines in her reporting. Regardless, it's evident that the right needs to look inward to self-regulate some of the content it has been peddling. Sadly, most of the people willing to do so at the moment are anonymous Twitter users. If people are looking for a discreet group of influencers striving to hold gatekeepers accountable, then the Twitter anons staging a crusade on conservative media are far more deserving of an audience.