That refreshing ocean mist is full of microbes

And they’re landing on your face 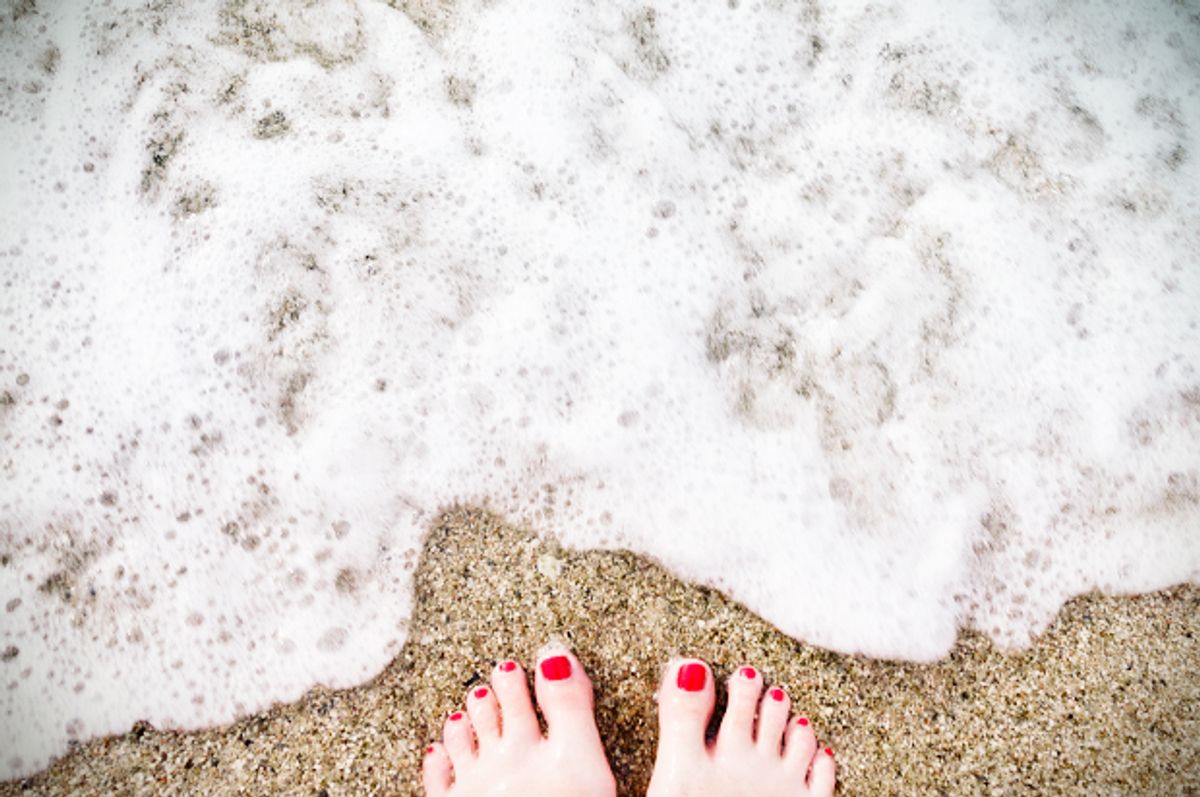 Summertime is when many of us flock to the beaches seeking sand, sun, and surf. At the beach, vacationers end up collecting more than seashells and memories, however: an assortment of microbes, viruses, and molecules spring from the oceans within sea spray and can land on surfaces or remain suspended in the air.

Sea spray is exactly what it sounds like. Particles from the ocean become aerosolized as a fine mist when waves crash ashore and small bubbles on the ocean surface burst. So what are these microbes that get sprayed in your face at the beach? A team of chemists, microbiologists, marine biologists, and medical researchers at the Scripps Oceanography facility found out.

Studying sea spray is more difficult than it seems. The simplest way to collect sea spray is to stand on the beach and collect the mist on a surface. If you wear glasses, you’ve probably experienced having to clean off the lenses every five minutes as mist from the ocean accumulates.

It is hard to control for variables on the seashore. What lands on the surface could come from the ocean, the atmosphere, or the sand. Since the researchers were interested in solely the microbes that come from sea spray, they had to use an ocean-atmosphere simulator.

This simulator situated on the Scripps campus is an enclosed 13,000 liters wave channel system that is supplied with filtered sterile air. (For comparison, 200 of these simulators would fill an Olympic-size swimming pool). After collecting the 13,000 liters of water off Scripps Pier in La Jolla, CA, the researchers could mimic ocean waves and sea spray in the simulator and eliminate contamination from terrestrial sources.

By comparing the microbial content within different layers of the water and the sea spray, they could determine how microbial communities changes at different water depths. They focused on three areas: the seawater below the surface; the sea surface microlayer (the top 1-1,000 micrometers of seawater which will likely become sea spray); and the sea spray. The observations were made at six different times during a 34-day phytoplankton bloom followed by corresponding bacterial blooms.

What they found was that not all microbes are aerosolized equally — certain microbes are more easily transported into the air while others were not. Bacteria that were closely related had more similar aerosolization properties than those that are less related.

When compared to bacteria, viruses generally are not aerosolized well. While the researchers saw 10 times more viruses than bacteria in the bulk ocean water, bacteria and virus numbers were nearly equivalent in sea spray.

But things get more complicated. Some bacteria and viruses were consistently aerosolized during the phytoplankton bloom while others were only aerosolized intermittently. It seems that many variables, such as light cycling, zooplankton grazing, and nutrient availability in the oceans, could potentially affect which microbes escape ocean waters and when that happens.

While the exact mechanisms controlling which bacteria and viruses fly into the sky is unclear, the microbes that do get aerosolized have far reaching effects. Literally. Sea spray has been detected in the middle of the United States, 870 miles from shore, and bacteria in aerosols can travel as far as 6,835 miles and remain in the air for days to weeks.

Microbes that are more easily transported into the air will likely have a larger influence on climate properties, beginning with cloud formation. Clouds form when water molecules condense on surfaces such as microbes and the molecules they produce. Thus, sea spray is a potential source for these “cloud seeds” which would influence precipitation and temperature.

As for our summer beach trips, should we be worried about getting splashed in the face with some microbes? The researchers did find DNA sequences from potentially pathogenic bacteria including an avian strain of Escherichia coli and a novel strain of Legionella. These bacteria, however, are not often found in sea water.

It is hard to decipher whether these microorganisms are native to coastal communities, though research suggests that there is increasing evidence for enteric contaminants in coastal marine waters. Though the research presented here cannot tell you whether or not sea spray is “bad” or “good” for you, it is clear that the microbes in the oceans can have great implications for our health and our planet and warrant further study.