"Save the country from this moron!": Watergate reporter calls Trump's presidency a "horror show"

Carl Bernstein rails against Donald Trump, riled up by his former colleague's reporting about the White House 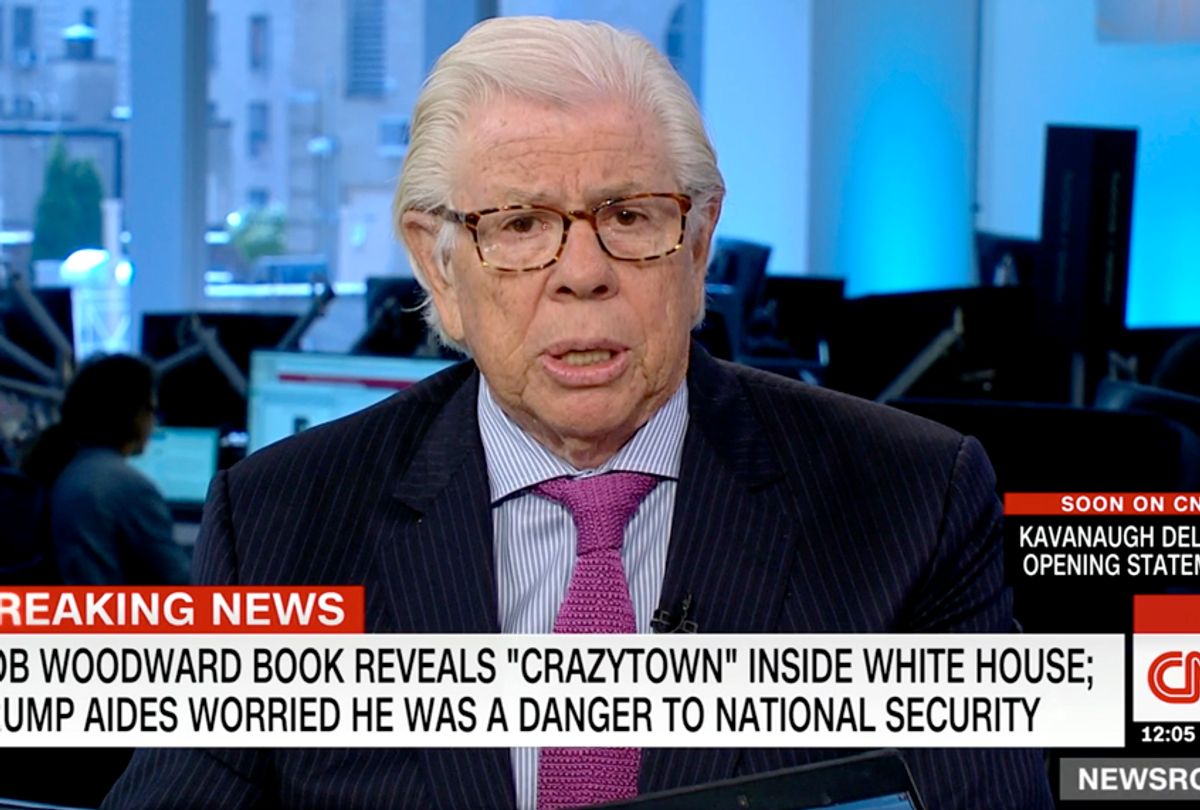 "I think that the most important thing that we see in Bob's reporting is that the people closest to the president of the United States in the White House and in his presidency see their job as to protect the nation and the world from Donald Trump," Bernstein said. "It's an extraordinary thing. The only previous time that I know of that it's happened in our history is in the closing days of the Nixon presidency. This has been true throughout the Trump presidency: Save the country from the president of the United States! Page after page after page. Mattis: Save the country from this moron!"

John Kelly is portrayed in the book as despondent about the president' behavior and disposition. Woodward reports that he has considered resigning many times — an idea Bernstein endorsed.

"I want to say one thing about General Kelly," said Bernstein. "It would seem to me that General Kelly, in the interest of the country, needs to resign."

Bernstein continued: "And with a statement that says, 'The presidency can no longer be entrusted to this man. ... I will be happy to appear before committees of Congress, whether in executive session or whether in open session and tell them what I have seen about this president of the United States and whether or not he is competent and able to lead the United States.'"

He added: "We finally are in the Trump White House, and it is a horror show. And I say that not with any glee. This is a terrible, sad, dismaying, demoralizing, dangerous condition that Donald Trump has put the United States in."