Bombshell revelations about the Trump White House: It's even worse than we feared

That patriotic "resistance" inside the White House that's supposedly containing Trump? It's not doing a great job 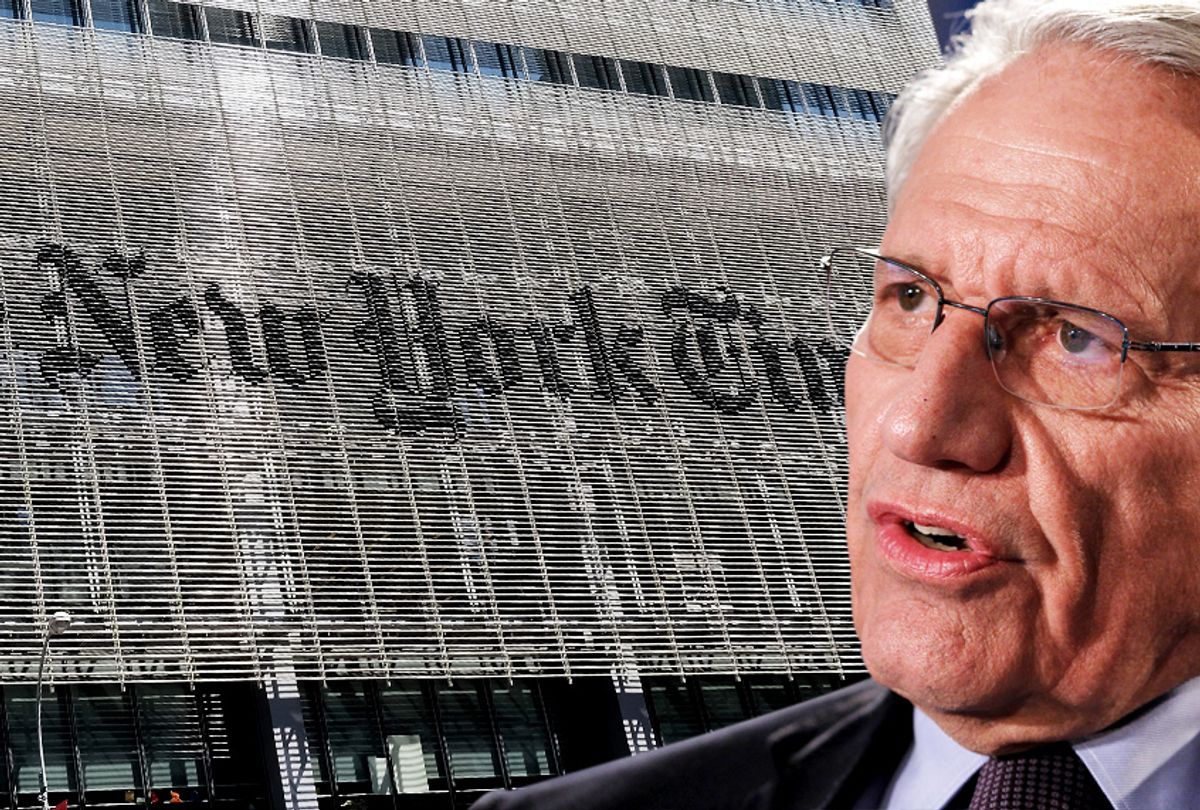 This week, iconic journalist Bob Woodward dropped a nuclear bomb felt around the world with his new book "Fear: Trump in the White House," in which he describes President Donald Trump as an unfit, unstable, amoral leader. Who could have ever guessed such a thing? He's hidden it so well.

Actually, this is only the latest book about the Trump administration that portrays a shambolic White House organization led by a profane and ignorant president who spends his days rage tweeting and hate watching TV. Michael Wolff's book "Fire and Fury" told that story a year ago and just last month former staffer Omarosa Manigault Newman's book "Unhinged" said the same thing: President Trump is incapable of doing the job of president of the United States because he has no clue what the job actually entails and is either unable or unwilling to learn how to do it. This picture of an unstable narcissist has also been told hundreds of times in news stories over the past two years in which staffers, friends and even family members have leaked a flood of inside information from the moment Trump was sworn in.

All this has been reinforced every single day by the president's own actions. He reveals himself on television, social media and in print interviews to be so far over his head that he's now fully immersed in an alternate reality in which he is exceptionally popular and wildly accomplished, on a level no president in history has ever before achieved. It is no longer possible to ignore the fact that he is literally delusional.

So why all the hoopla over one more book full of evidence of the Trump administration's unprecedented incompetence? Well, for one thing, it comes at a moment of high drama in which Trump's tepid approval rating seems to be going down still further, just as voters are getting fully engaged in the fall campaign. That is likely because of the accumulated bad news stemming from the guilty plea and convictions of the president's close associates Michael Cohen and Paul Manafort, his impetuous stripping of former CIA director John Brennan's security clearance, his childish behavior around John McCain's funeral and, perhaps most important, the sycophantic display he put on in Helsinki when he met with Russian President Vladimir Putin in June.

It's also the fact that this new book is by Woodward who, with his partner Carl Bernstein, broke the Watergate story and wrote the most famous books about that scandal. His reputation is, shall we say, somewhat weightier than Wolff's or Omarosa's. Even those who have problems with Woodward's method must concede that he merely backs up a mountain of other evidence showing Trump's ineptitude and corruption, including what many people dismissed as overly dramatic renderings in the Wolff's book. It's obvious now that Trump's odious public persona is not a performance. He is even worse in private.

The one revelation in the excerpts that have circulated about "Fear" (set to be published next week) is that the president's staff and cabinet members regularly ignore his orders. This isn't surprising. Since Trump has no knowledge of government or the presidency, much less policy it's undoubtedly pretty easy to withhold information and manipulate the flow of information.

On Wednesday the New York Times published an anonymous op-ed written by a "senior official" in the Trump administration that further supports Woodward's reporting. This person claims that members of the White House staff are acting as guardians of the country by keeping Trump from going off the rails. It's an astonishing essay in which this unnamed official admits that members of Trump's Cabinet actually spoke about evoking the 25th Amendment. This person characterizes the president as an amoral, unprincipled oaf who has no idea what he's doing, so he or she, along with others in the administration, have taken it upon themselves to save the nation, essentially patting themselves on the back and saying "You're welcome" to what is presumed to be a grateful nation.

To those of us who have been paying attention, these saviors haven't been doing much of a job. Woodward reported that Defense Secretary James Mattis belayed an order to assassinate Syrian President Bashar al-Assad, and perhaps there are more examples in the book of such close calls averted by these patriotic resistance fighters. But from what we can tell, it's mostly been a failure. Trump has become increasingly unhinged and unleashed since the first of the year and he's not just fulfilling that nice conservative movement agenda the author of the article clearly favors. He's fulfilling his own, which is batshit insane.

For instance, several months ago there were reports of Trump screaming, "I want tariffs, bring me tariffs!" His economic advisers tried to hold off on delivering those, but obviously were ultimately unsuccessful. Although the staff has been able to keep him from firing Jeff Sessions, Trump of course did fire FBI Director James Comey and has repeatedly pressured the bureau into unusually punitive actions against others he's named and publicly humiliated, including former acting director Andrew McCabe and former agent Peter Strzok. (Senate Republicans seem to have made a deal that they won't object to him following through on his threats against Sessions, as long as he waits until after the midterms.) Meanwhile, Trump's execrable immigration policies continue to be enacted, with the courts only shutting down some of the very worst excesses.

Trump has alienated U.S. allies with his simpleminded misunderstanding of NATO and his obsessive focus on trade deals he clearly doesn't understand. Every tyrant on the planet has his number and is taking advantage with both hands. These supposed guardrails around democracy are pretty weak.

This anonymous official makes a point of taking credit for all the supposedly excellent things this administration has managed to accomplish, like tax cuts and deregulation and a dedication to "free minds, free markets and free people" (whatever that means). That suggests this is really a political document meant to reassure all those suburban Republicans the party is currently bleeding away into feeling some confidence that even though Trump is a bit of an embarrassment, there are good establishment Republicans in the White House making sure their needs are being taken care of. They can relax; the party has things well in hand. There's no need to panic and do something silly like vote for Democrats in November.

When push comes to shove, Republican officials continue to be party animals first and foremost. In the end, that means supporting Donald Trump, no matter how crazy and chaotic this presidency becomes.