"It's not surprising that health disparities correspond with voting behavior" 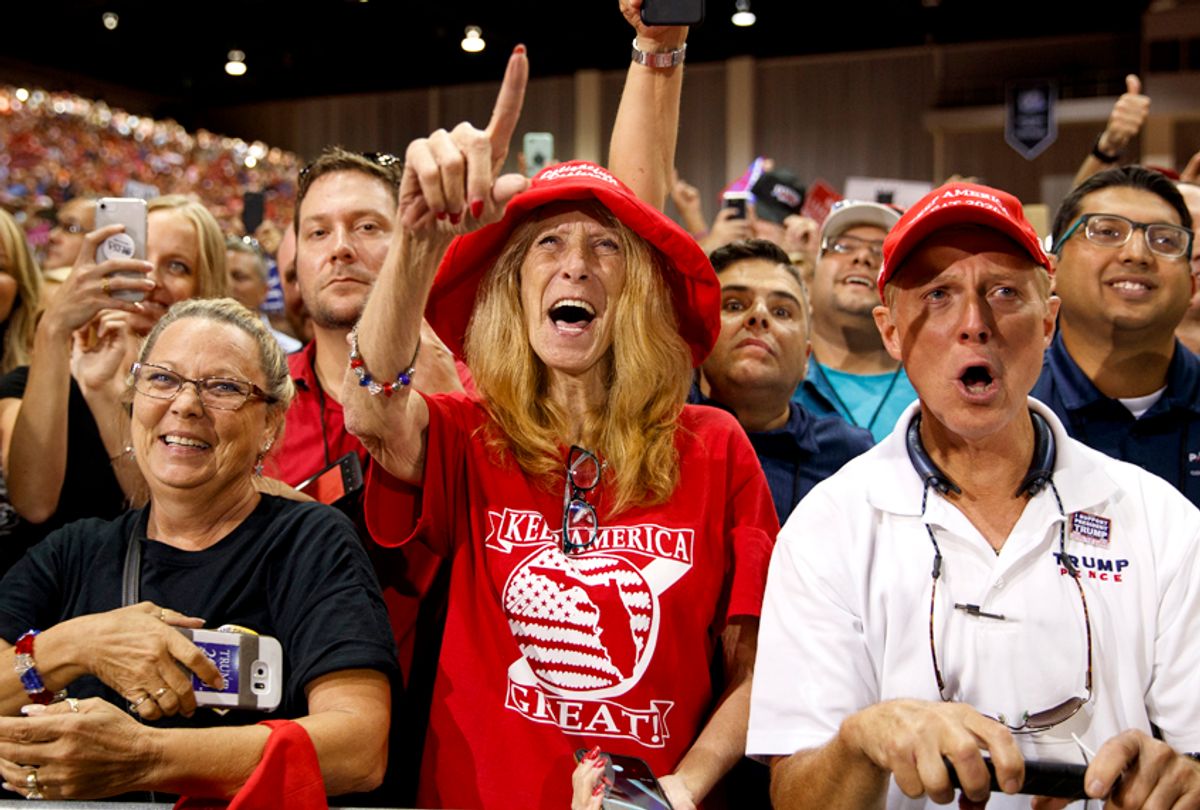 The 2016 election brought to light a cohort of Americans whom activist Michael Moore tried to warn the country about before the 2016 presidential election.

“From Green Bay to Pittsburgh, this, my friends, is the middle of England – broken, depressed, struggling – the smokestacks strewn across the countryside with the carcass of what we use to call the Middle Class,” Moore wrote in his viral article “5 Reasons Why Trump Will Win,” which compared Middle America to Brexit.

A new analysis by researchers at Columbia University, published in the Journal of General Internal Medicine this week, has corroborated Moore’s theory about the men and women previous politicians have seemingly left behind.

According to the study, there is an alarming link between an increase in "despair deaths" – a term which describes deaths caused by drug overdoses, alcohol or suicide – and counties that voted for Trump. In other words, those who have been left behind — the ones who voted for Trump, because they presumably thought his presidency would improve their quality of life — are enduring higher despair death rates.

"Although life expectancy is increasing in many parts of the country, especially in urban areas, we're not seeing nearly the same gains in rural and middle America. We shouldn't underestimate the degree to which some portions of the country have been left behind in terms of their health,”said study leader Lee Goldman, chief executive of Columbia University's Irving Medical Center, in a press release. “And it's not surprising that health disparities correspond with voting behavior."

The study started when Dr. Goldman and his team of researchers hypothesized that changes in health outlook may have impacted the outcome of the 2016 presidential election. To test this hypothesis, they used data from America’s 3,112 counties to observe changes in presidential voting and death rates. The results concluded counties that had a net percentage increase of those who voted for the winning 2016 presidential candidate had a 15 percent higher 2015 age-adjusted death rate than those counties with a net increase in Democratic voters. The rise in deaths caused by  alcohol, drugs and suicide was 2.5 times higher in 2016 those counties, too.

"It's commonly argued that President Trump won by receiving more votes from people who have been left behind economically — especially older, less-educated, and less-urban, white voters," Dr. Goldman said. "Based on our data, we can also say that changes in life expectancy were an independent factor in voting choices. Reduced health prospects are an important marker of dissatisfaction, discouragement, hopelessness and fear — sentiments that may have resonated with voters who sided with President Trump. Although correlation does not imply causality, our findings also suggest that plausible improvements in life expectancy in Michigan, Pennsylvania and Wisconsin might have shifted their electoral votes to Secretary Clinton.”

The correlation between population health and voting trends is indeed interesting — and one researchers can look to for ways in which public health crises could be mitigated.

"Regardless of your political persuasion, our paper suggests that, if health disparities were important enough to influence presidential voting, they may have an even broader impact on our country's future than we had imagined," said Dr. Goldman. "It also highlights how much work remains to reduce health disparities."