Sackler, who sits on the board of the OxyContin maker, is listed as one of the six inventors on the patent. 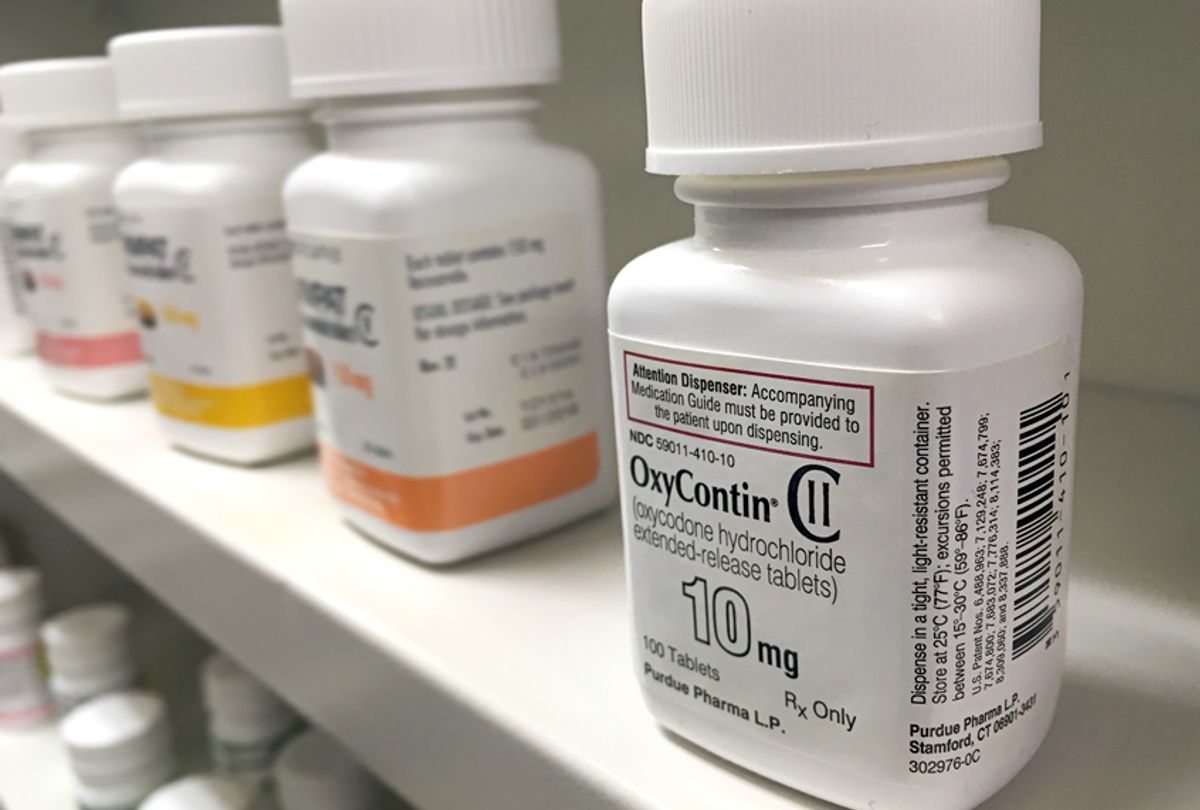 Purdue Pharma has received a patent to treat opioid addiction, the Financial Times reported, opening the gate for the Big Pharma company’s former president to benefit financially from the opioid crisis once again.

The patent is for a new version of buprenorphine, which is designed to control drug cravings and is often given to those who are addicted to heroin or opioid painkillers. The patent is reportedly for a “wafer” of the drug, which would dissolve in a few seconds. Currently, buprenorphine is prescribed in tablets or dissolvable strips.

"While opioids have always been known to be useful in pain treatment, they also display an addictive potential," the patent states. "Thus, if opioids are taken by healthy human subjects with a drug-seeking behavior, they may lead to psychological, as well as physical dependence. These usually undesired characteristics of opioids can, however, become important in certain scenarios such as drug substitution therapies for drug addicts.”

Richard Sackler, who sits on the board of the OxyContin maker, is listed as one of the six inventors on the patent. Some opponents of the move have flagged concerns to the Financial Times regarding the patent, saying that it is troubling the invention could enable Sackler to receive financial rewards from the opioid crisis that his family’s company has been blamed for starting.

Purdue Pharma has likely taken a financial hit from the several lawsuits and the scrutiny it has faced in the last few months. Indeed, the company said it would discontinue promoting opioids to prescribers and it had cut some of its sales staff.

“We have restructured and significantly reduced our commercial operation and will no longer be promoting opioids to prescribers,” the company said in a statement to Reuters in February. “Doctors with opioid-related questions will be directed to its medical affairs department.” The company also pledged to turn its focus to “other potential non-opioid products.”

Despite an increase in awareness across the nation, and opioid makers efforts to combat the crisis as they face lawsuits, estimates updated on Aug. 15 by the the Centers for Disease and Control painted a bleak picture for America’s opioid crisis. According to estimates, there was a 6.6 percent increase from 2016 – a year that had the highest opioid overdoses ever recorded. Overdose deaths from opioid prescriptions were fives times higher in 2016 than they were in 1999.

"We are going in the wrong direction," addiction expert Joe Schrank told Salon at the time. "America is in the middle of a public health crisis no less severe than HIV."

As Mother Jones previously reported, buprenorphine is likely to be a viable medicated-assisted option for opioid addiction.