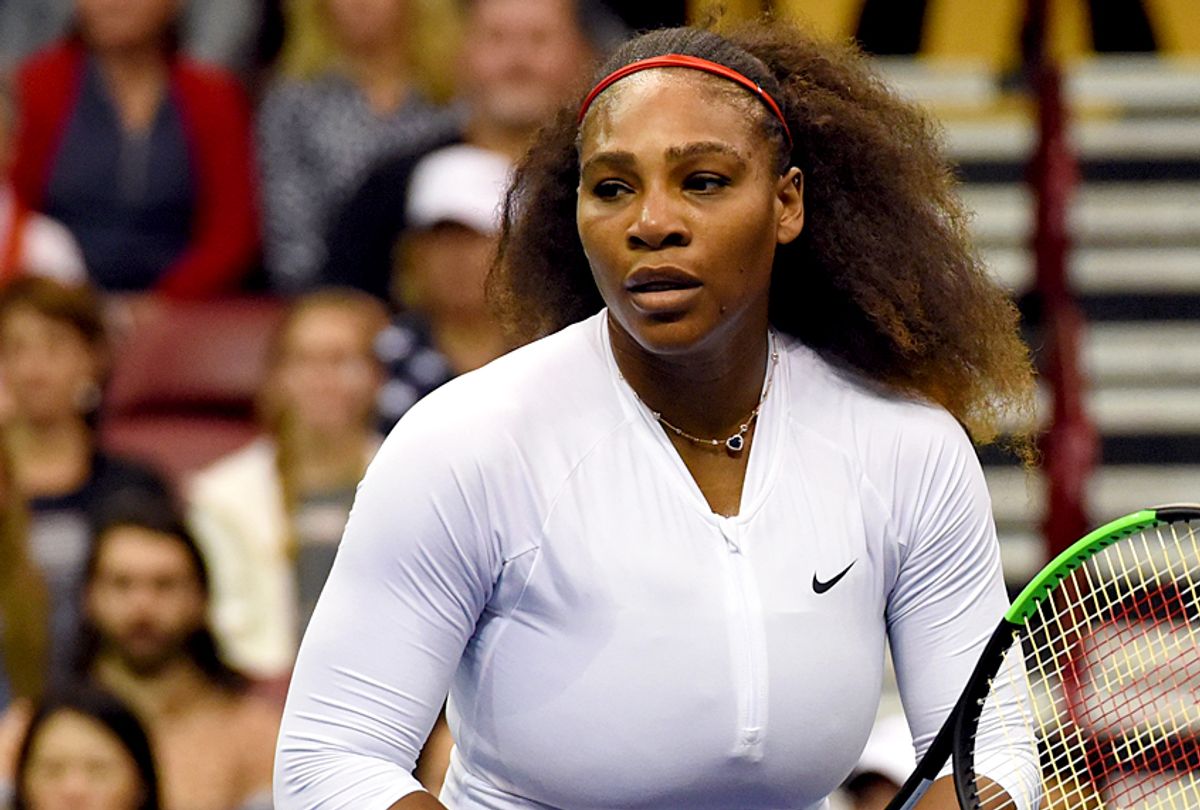 At the French Open, Serena Williams wore a custom-made black catsuit. On Aug. 24, the president of the French Tennis Federation said the outfit “wouldn’t be back.” It “went too far,” he continued. It didn’t “respect the game and the place.”

Among Williams’ defenders, the pushback was swift — the decision indicative of how female athletes face more scrutiny and are held to outdated dress standards.

As a historian of the American fashion industry, I’m not surprised when an outfit worn by a female athlete generates outrage. I thought of Suzanne Lenglen, the French tennis star of the late 1910s who shocked onlookers with her knee-length tennis dress. Coincidentally, Stade Roland Garros, the stadium where Serena wore her suit during the French Open, has a court named after Lenglen.

This is simply the most recent chapter of a centurylong debate over the place of informality and immodesty in our dress: how short can that skirt be? Should the first lady be able to don a tank top? What about wearing sneakers to prom?

Sportswear, which can be both informal and immodest, has served as a flashpoint in these debates — particularly for women.

In 1936, a sportswriter named Paul Gallico argued that female athletes and their clothing were offensive.

Women who play sports, he wrote, “stick out places when they play, wear funny clothes, get out of breath or perspire.” He didn’t like that because “it’s a lady’s business to look beautiful, and there are hardly any sports in which she seems able to do it.”

Nothing, it seemed, pissed people off more than women in shorts. Starting in the late 1920s, shorts became the much-contested replacement for bloomers, the puffy-legged, bifurcated garment worn under long skirts. Women who did wear athletic garb were supposed to keep out of the public eye because it was deemed unfeminine and, yes, immodest.

Female tennis players were on the frontlines of the battle for public acceptance of shorts. Even though tennis industry officials and country club muckety mucks wrote dress codes that outlawed shorts, many women refused to adhere to the rules and continued showing up to play wearing them.

Some were thrown off the courts. But it’s hard to enforce dress codes when everybody’s doing it.

Not surprisingly, this really rankled the old guard.

“If you gals really knew how cute you look in a well-cut dress, you wouldn’t hanker to wear shorts,” one etiquette writer grumbled in the 1936 book, “Co-Ediquette: Poise and Popularity for Every Girl.” “Of course, you’ve got to be comfortable, ah, me! Even if you have to insult the aesthetic sense of men to do it?”

Most women shrugged — and kept on wearing shorts, on and off the court.

In time, shorts as hiking wear, shorts as gardening garb and shorts as loungewear became increasingly common. It seems the old guard had been worn down — or simply died off.

By the end of the 1930s, younger women were acknowledging a shift in attitudes. “American women live 24 hours a day in sports clothes,” one college student told the Boston Post. “Husband no longer come home and deliver stern lectures upon finding their wives cooking supper in shorts. It’s just taken for granted.”

While some husbands may have skipped the stern lectures, it took three more decades for shorts to fully reach widespread acceptance.

But in tennis, notions of immodesty and informality die hard. When female tennis players such as Billie Jean King wore very short, gored skirts and sleeveless polo shirts in the 1970s, they were criticized for their “radical” outfits. Time and again, the powers-that-be in tennis push back on immodesty, and the players push forward towards personal choice and — dare we say — personal style.

So, we’ve seen this all before. New stuff — never-seen-before stuff — has long spelled trouble for female athletes and sparked public outcry.

Today, the sartorial standards of what you can and can’t wear in certain settings have changed so radically that institutions can’t keep up. You almost feel sorry for the French official who announced the ban on the catsuit. In the big picture, he won’t do anything to stop the crawl of social change.

And how did Serena Williams respond to being chastised for wearing her black catsuit?