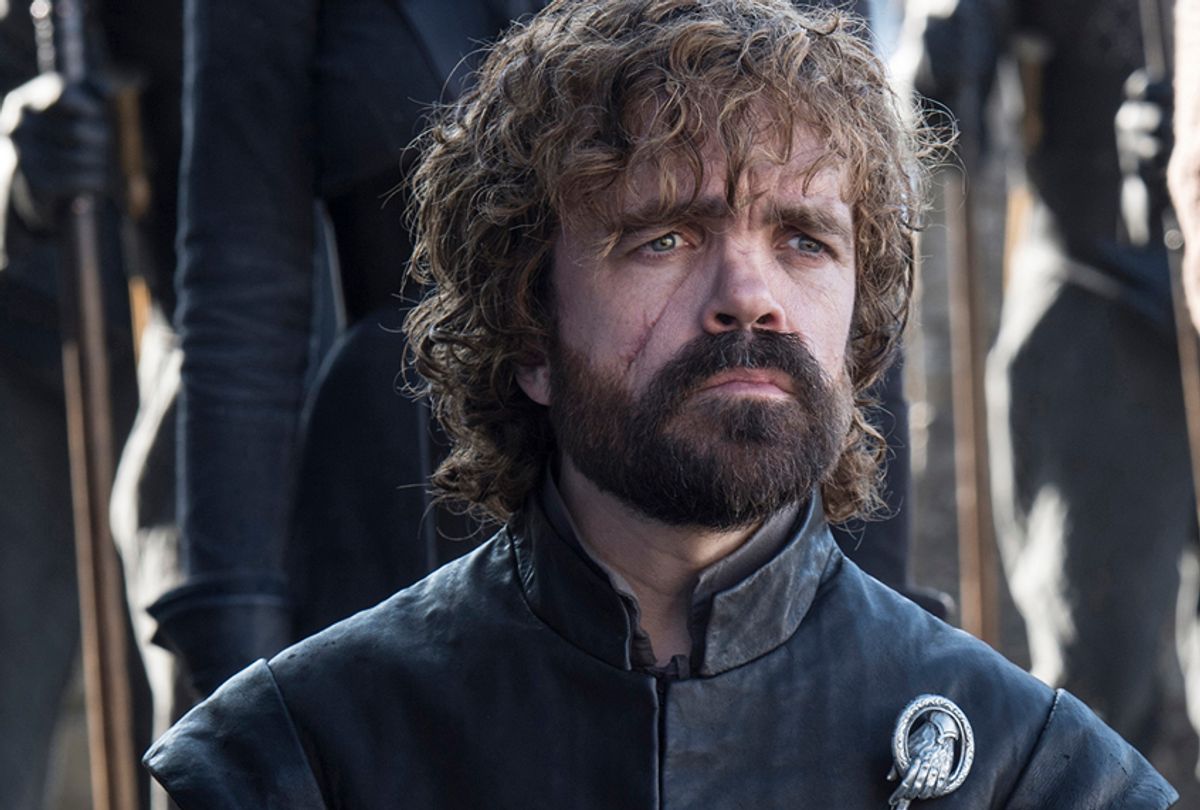 “Game of Thrones” ended its seventh season with an infamous scene fans have long suspected was in the works: Jon Snow and Daenerys consummating their love for one another. The sex scene was a polarizing one, even by “Game of Thrones'” standards, considering the two characters are related (although neither of them are aware at the time). To make matters more uncomfortable, Peter Dinklage’s Tyrion was right down the hall listening.

Read more IndieWire: Peter Dinklage Addresses ‘My Dinner With Hervé’ Whitewashing Rumors: ‘I Would Never Do That, and I Haven’t Done That’

“It’s complicated,” Dinklage recently told Entertainment Weekly when asked about what Tyrion was thinking in that moment. “A lot of the time with Tyrion, it’s professional and personal.”

Dinklage admitted Tyrion “has feelings” for Daenerys, which suggests a love triangle could be on the horizon for the three characters in the show’s final season.

“He loves her — or thinks he does,” Dinklage said. “She’s awe-inspiring. He’s questioning that because he doesn’t have a good track record for falling in love. There’s jealousy wrapped up in there. And he loves Jon Snow, too. They’re the two people he has the most in common with, in a way — they’re both outsiders in their own families who have refused to follow the path their family has taken, and hopefully for the better.”

“He’s wondering how smart of a move [Jon and Dany getting romantically involved is], because passion and politics don’t mix well,” the actor added. “He knows the two of them getting together could be very dangerous.”

Jon Snow and Daenerys’ sex scene was the culmination of the will-they-won’t-they tension that defined much of their arcs in Season 7. The coupling of the fan favorite characters is worrisome given the show’s track record of shocking deaths and the fact the final run of episodes is expected to feature many character goodbyes.

“Game of Thrones” returns for its final season in 2019 on HBO.