Trump doesn’t care about violence against the press

While speaking in Montana, the president made light of the state’s congressman body-slamming a reporter last summer 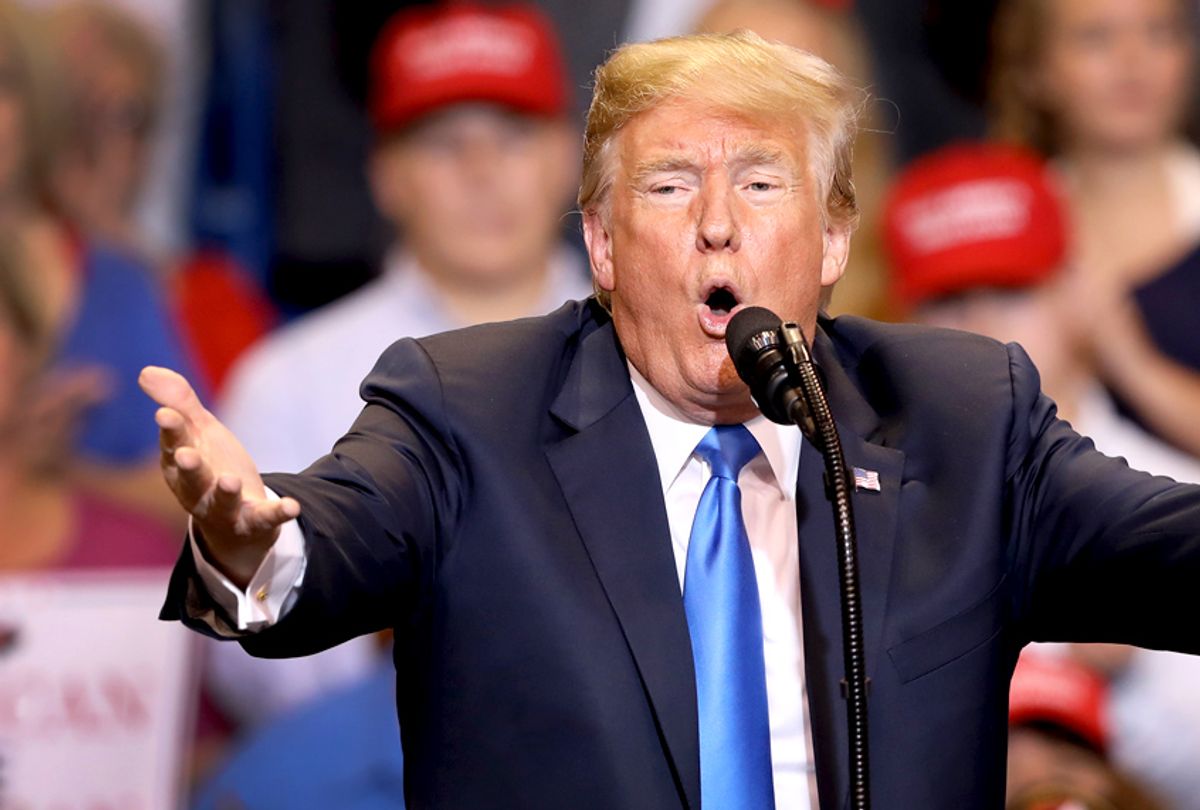 On Thursday, President Trump flew to Montana to speak at a rally to promote Republican Matt Rosendale’s Senate campaign. The president compared himself to Abraham Lincoln, said the United States would become a “third-world country” if he were to be impeached and struggled mightily to pronounce the word “anonymous.” In other words, it was a typical Trump rally. But the evening also featured a particularly unsettling moment, which came when the president joked about an incident last summer in which Greg Gianforte, then a candidate for Congress, violently assaulted Ben Jacobs, a reporter for The Guardian. “I’ll tell you what, this man has fought — in more ways than one — for your state,” Trump said, uttering “in more ways than one” in a hushed tone, as if it were an inside joke. “He has fought for your state,” the president continued. “Greg Gianforte. He is a fighter and a winner.”

Last May, the day before a special election to determine Montana’s lone representative in Congress, Gianforte, a Republican, slammed Jacobs to the ground after being asked a question about the GOP healthcare bill. Gianforte lied to police about the attack, claiming that Jacobs instigated it by grabbing his wrist, forcing them both to the ground. The audio released by Jacobs, as well as the testimony of witnesses, disproved Gianforte’s account. Nevertheless, he was elected the next day. Gianforte would later plead guilty to misdemeanor assault charges, after which he was sentenced to pay a fine, perform community service and attend anger management classes. He remains in Congress.

When asked about the incident, House Speaker Paul Ryan said Gianforte should apologize, but that it is up to the people of Montana to elect the candidate they believe will best serve them in Washington. A White House spokesperson told reporters that Trump had “no comment” on the attack. After Gianforte was elected, the president called it a “great win for Montana.” Trump never condemned the act of violence, and on Thursday night, over a year later, he went so far as to praise it.

Though Press Secretary Sarah Huckabee Sanders has repeatedly attempted to impress that Trump does not condone violence, the president has on several occasions made light of it. His comments Thursday night came at a time when the Trump administration has ramped up its attacks on the press. After the New York Times on Wednesday published a damning op-ed penned by an anonymous “senior official” in the administration, Sanders encouraged her Twitter followers to harass the Times about the identity of the writer, even providing the paper’s phone number. “They are the ones complicit in this deceitful act,” she wrote.

As several people pointed out on Twitter, this may have been illegal.

The president and his administration have repeatedly demonstrated antipathy towards journalists. Trump now describes the press as the “enemy of the people” just about as regularly as he calls the Russia investigation a “witch hunt.” These sentiments have been baked into the consciousness of Trump supporters, as has the president’s tacit (and sometimes explicit) endorsement of physical violence. Late last month, a California man was arrested for threatening to shoot Boston Globe employees in the head. The man alleged his potential victims were the “enemy of the people” while making the threats. The arrest didn’t dissuade Trump from questioning the patriotism of the media, just like he wasn’t deterred after five staffers of Annapolis, Maryland’s Capital Gazette were killed in June. Though the president responded by saying “journalists, like all Americans, should be free from the fear of being violently attacked while doing their job,” he’s tweeted that the media is the enemy of the American people numerous times since the attack, not to mention the inflammatory comments made to reporters and at rallies like the one he held in Montana Thursday night.

The environment Trump is creating is one in which it wouldn’t at all be surprising if a journalist was killed by a Trump supporter professing to be fed up with “fake news.” If that were to happen, it isn’t hard to guess how the White House would respond. Thoughts and prayers would be offered and Trump, as he did following the Capital Gazette shooting, would make perfunctory remarks about how the press must be allowed to do their job. That is until the next time they criticize him, when once again they’ll be the enemy of the people, worthy of contempt that will inevitably again lead to violence.