Two cheers for "Anonymous": Here's why he or she should stay inside the Trump administration

Most Democrats want the New York Times' anonymous contributor to come out of the shadows. Here's why I disagree 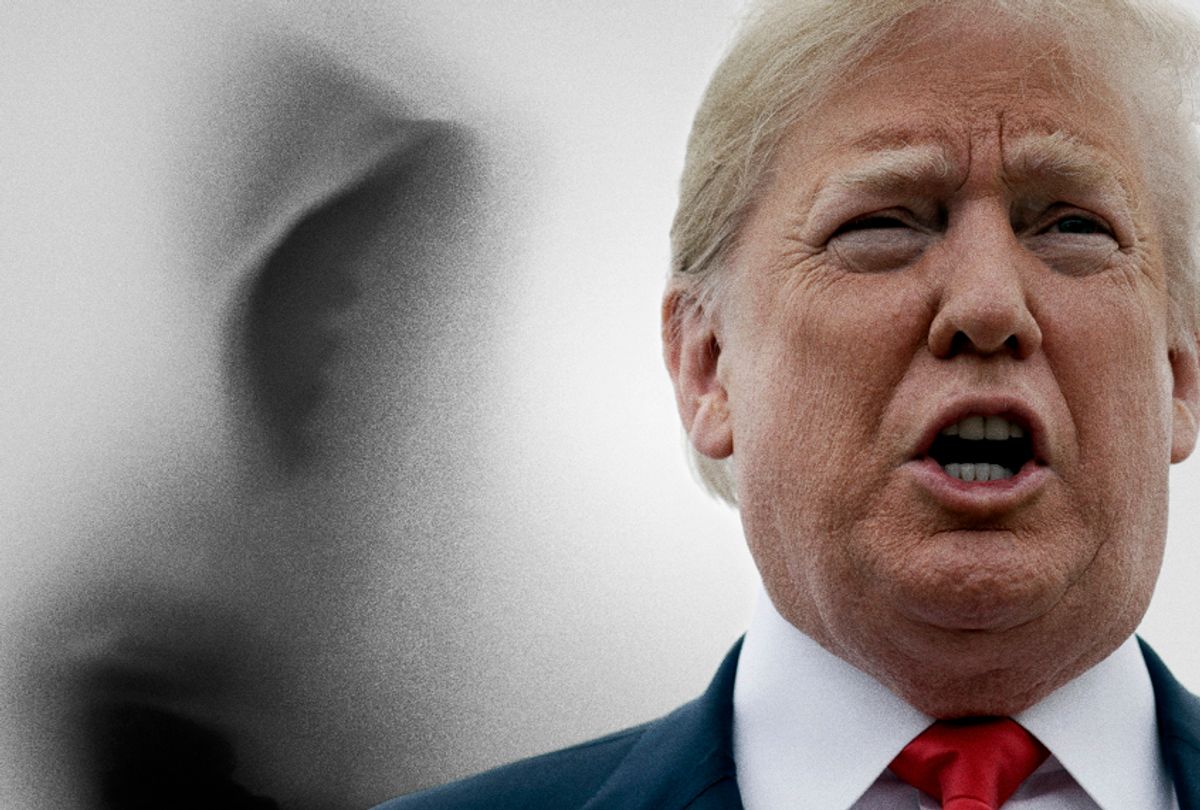 Since the emergence of “Anonymous,” the senior Trump administration official who published an op-ed article in the New York Times last week, Democrats of all varieties have been making a case for this still-unknown character to resign from his or her post and emerge publicly. The general idea is that until this person drops the façade and goes public, Anonymous is as much of a “gutless coward” as Donald Trump insists.

While I’m not entirely opposed to the idea of goading the author of the piece into come forward, in order to lend credibility and much-needed accountability to his or her accusations -- including an on-the-record confirmation of an apparent cabal of similarly-minded officials inside the White House there are several justifications for why Anonymous ought to stay put.

1) It keeps Trump guessing. While it’s fun to engage in the whodunit aspect of this story while simultaneously scolding the source, the guessing game over the actual identity of Anonymous tends to distract from the ultimate impact of the op-ed. Whether this was intentional or not, I love the fact that it’s driving Trump absolutely bananas -- “volcanic” by some accounts. This is just the sort of thing that makes Trump crazy, and I love it.

In fact, the president said it himself the other day following his Montana rally: as long as Anonymous is anonymous (or "anominous," in Trumpese) the Trumps, Fox News and their Red Hat disciples can do little to discredit his or her reputation -- and discrediting enemies is 99 percent of what we see in Trump’s Twitter feed. So Trump is lost. He doesn’t really know how to respond publicly, leaving the matter to chip away at his ability to lead.

2) It keeps Anonymous in the news. For more than three years now, Trump news has been flooding the zone. We’ve all witnessed the firehose of news, with each fresh and harrowing event quickly fading in our memories as new catastrophes emerge. The risk with this trend is that nothing ever sticks to the wall, and matters that ought to receive long-term attention are rapidly buried by intervening stories. We’ve all experienced this to some extent.

But the Anonymous news cycle has to endure. It’s not the first time a Trump loyalist has justifiably stabbed Trump in the back (see also Michael Cohen), but it’s the first time when a Trump loyalist has expressed this level of concern and interference while still serving in the administration. The anonymity of Anonymous will continue to fester inside Trump’s rapidly deteriorating “best brain,” keeping the story in the news with a longer shelf life than most of the bombshells that have preceded it.

3) It keeps Trump away from the “football.” You’re a leading member of the "Resistance." You and some fellow strategists hatch a plan to implant an anti-Trump Republican inside the administration to flummox the president’s worst instincts. And let’s say the scheme goes according to plan. We’d want to keep that mole inside the White House, wouldn’t we? Likewise, now that we know there’s a similar operative or group of operatives (to be clear, not linked to the left or liberal resistance) standing between the nuclear “football” and a mentally and administratively deranged Trump, it’s probably a good idea to leave these officials alone to continue blocking the president from, I don’t know, nuking Toronto or James Comey’s house.

By the way, no, we clearly can’t rely on Anonymous to stymie Trump’s legislative agenda, since he or she seems to embrace many of this administration’s so-called accomplishments. But Trump has forced us to think on two levels when evaluating the awfulness of his presidency: There's a policy level and a destruction level. Trump’s policy choices, while deeply painful to millions of Americans, can ultimately be reversed once he’s gone.

But the damage to the reputation of the presidency, the undermining of democratic values and institutions, and the damage to our alliances and our long-term national stability are a lot more difficult to repair. But taking Anonymous at his or her word, at least know there is a purported group of “adults” inside the White House mitigating the latter -- the catastrophic damage to the functionality of the republic. Frankly, I’ll take it.

At the end of the day, we can be sure that Anonymous will eventually emerge. Those of us who are clamoring for this mystery official to step forward will eventually be satisfied. The timing, though, will be crucial. If it happens too soon, the story goes away too quickly. If it takes too long, the impact of further elaboration by the plotters will be dulled or nonexistent. Needless to say, there’s absolutely a way for us to have our accountability cake while also maximizing the impact from the deployment of this psycho-bomb inside Crazytown.

In a broader sense, Trump's presidency will absolutely require serious damage control, especially in the aftermath (assuming there will be an aftermath). His ascension to the presidency, as well as his behavior both on the campaign trail and while serving as chief executive, have exposed some gaping loopholes in the system. These loopholes will need to be burned with fire until melted shut, or else the chance of another Trump sashaying through those gaps will be almost certain.

Given the progression of incompetence from Dan Quayle to George W. Bush to Sarah Palin to Donald Trump, there’s a very real chance this downward trend toward "Idiocracy" will continue post-Trump. And, yes, there are potential Republican candidates who are far worse than Trump. They’re out there right now, plotting their presidential campaigns -- maybe by 2024, maybe later.

Regardless, no matter how much we’d prefer the damage control to be solely managed by well-meaning Democrats, that simply can’t happen without a cooperative effort between Democrats and #NeverTrump Republicans. Only Republicans can speak to other Republicans in a way that may motivate GOP voters to support a slate of reforms -- action that will sustain from administration to administration and from Congress to Congress -- and perhaps even a few constitutional amendments linked to Article II. All told, the onus is on Republicans to acquaint their demos with decency, institutional norms, reality, facts, math and science. Democrats can only carry that effort to a certain extent without responsible allies who will be taken seriously by red voters.

Whether we agree with their policy preferences, the existence of this team of anonymous mutineers represents a possible first step in the process of institutional repair. By stopping Trump, to whatever degree, from continuing to untether the presidency and thus our global reputation from constitutional and ethical strictures, the Anonymous group is wittingly or unwittingly laying a foundation for building a series of bipartisan post-Trump reforms. The only other option short of that is to hope for the best while tacitly allowing the eventual ascendancy of President Camacho.