"We call upon Brett Kavanaugh (Yale ’87) to keep faith with our alma mater’s highest ideals," the open letter says 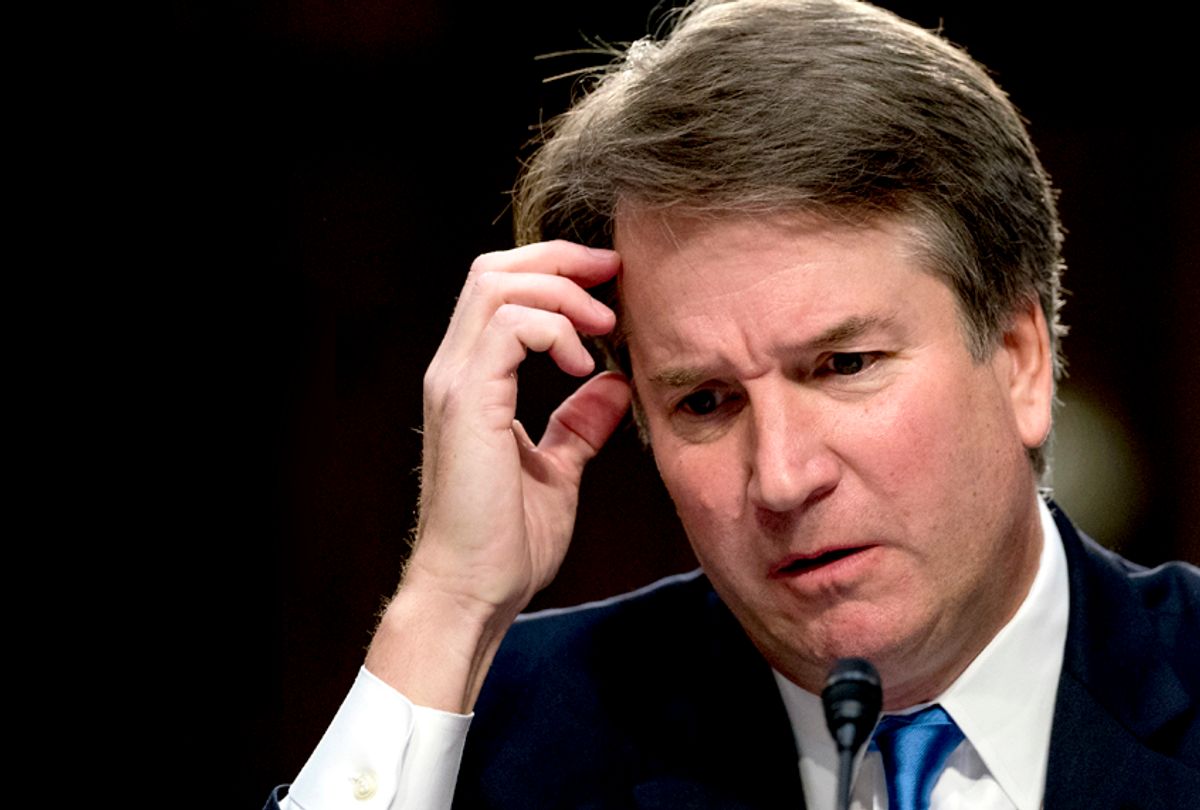 More than 200 alumni from Yale and fellow 1987 classmates of Supreme Court nominee Brett Kavanaugh have signed an open letter calling for the federal judge to release his records from his time in the George W. Bush White House.

"Freedom of inquiry is at the heart of our university’s legacy and its aim to educate leaders who serve society," the letter, which was published in the New York Times, reads. "The current effort to move forward confirmation of Judge Kavanaugh while withholding so many public records is contrary to the best interests of the Senate and our democracy and is contrary to the ideals professed by our university."

Kavanaugh's Yale colleagues said that one of Yale's "highest ideals" is that of "lux et vertias," meaning light and truth. In line with that principle, they are asking Kavanaugh to release his records before the Senate has to vote on his confirmation.

The letter from Yale adds to the growing list of average citizens, politicians and organizations calling for Kavanaugh's records to be made public – and most especially to be made available for review by the Senate.

The battle over documents from Kavanaugh's time as White House counsel and staff secretary for former President George W. Bush has raged inside the judge's confirmation hearings and out.

In fear of losing their majority during the midterms, Republicans have seemed intent on rushing through proceedings to get Kavanaugh confirmed. Democrats have protested the speed – and the concealment of literally millions of documents from Kavanaugh's White House tenure. Sen. Dianne Feinstein (D-Calif.) said last week that 93 percent of his records were being withheld from the upper Chamber and 96 percent from the public.

Even when documents were being released for senators to review and to inform their line of questioning during the hearings, it was done so in an impossible manner. On Sept. 4, several Democratic Senators came forward to say that 42,000 pages of documents were made available the night before Kavanaugh's hearing, making a thorough review of such documents futile.

"I think there’s a very real substantive fight happening here, and it’s a very much a break from precedent and a break from norms and a break with the law. The law clearly states that the White House’s records are a matter of public record and belong to the people," Jake Faleschini of the Center for American Progress told Vox. "The people have a right to know what happened in the Bush White House, when Kavanaugh was one of the most important people who was there."

To erode some of this secrecy, Democratic Senators like Cory Booker of New Jersey and Mazie Hirono of Hawaii opted to publish some of the documents themselves, as they pertain to people's livelihoods and highlight some of Kavanaugh's beliefs related to civil rights, indigenous peoples' rights and women's reproductive rights.

According to the NAACP Legal Defense Fund, even without the documents from his White House time, Kavanaugh's judicial record is deeply "troubling" when it comes to his rulings on nearly every marginalized community.

Author Ian McEwan on why Roe V. Wade could move from settled law to a contested case

McEwan explains what's at stake when religious principals are forced onto everyone and the reverse with secular ones.