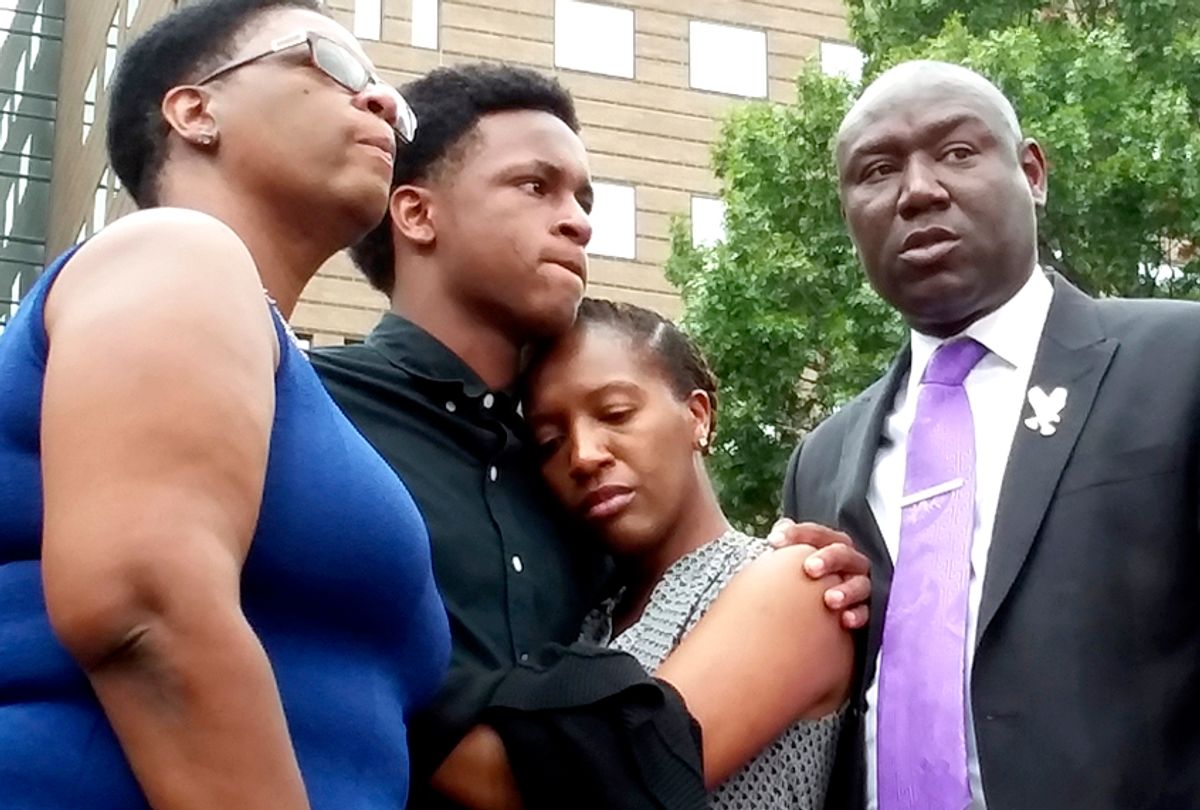 The family of Botham Jean, the 26-year-old man who was killed by a police officer Thursday in Dallas, is now speaking out publicly to dispute the official story from the officer who killed Jean.

Officer Amber Guyger, who was arrested for manslaughter Sunday night, said she mistakenly parked on the wrong floor and walked to the wrong apartment in her complex after finishing a long shift at the Dallas Police Department, according to an arrest warrant affidavit that was made public.

She lived in the apartment directly below Jean's, and the affidavit says the floor plans are "extremely similar." She stated that Jean's front door was slightly ajar, so once Guyger inserted a "unique key with an electronic chip," it pushed the door open.

Once the door was open, the affidavit says it was "nearly completely dark," yet Guyger saw Jean and assumed he was a burglar, whom she described as a large silhouette standing across the room. "Guyger drew her firearm, gave verbal commands that were ignored" and then fired twice, hitting Jean in the torso, it continued.

Then, Guyger entered the apartment, called 911, turned the lights on, and looked at the apartment's address, she said, finally realizing she was in the wrong apartment. Jean died in the hospital.

Attorneys for the Jean family disputed Guyger's narrative during a press conference Monday night, while also reminding everyone that "Botham Jean is not here to give his version of what happened, because he's dead," lawyer Benjamin Crump said.

Lee Merritt, an attorney representing the family, said Jean, who was an accountant, was meticulous in his routine and would never leave the door open or unlocked. He added that Jean also had a bright red rug that he placed right outside his door, so no one could mistake his apartment, as the officer claims.

Merritt also said that two independent witnesses came forward and provided information about the incident that strongly indicate that Jean's door was closed. Both witnesses said, according to Merritt, that they heard a series of knocks from down the hallway, as well as a woman's voice, saying "Let me in, let me in." He said that after alerting the family, the witnesses also relayed what they saw to the district attorney's office.

The attorneys said even if they "entertained" the affidavit, it still doesn't explain how it took Guyger so long to realize it wasn't her apartment, even if they had similar floor plans. "This wasn't her apartment, so there wouldn't be the same smell, the same furniture," Merritt said, adding that the number of differences should have been illuminating that she had entered the wrong place, including the absence of her dog.

The attorneys representing the Jean family aren't proposing a different account, but that the one being put forth and told by Guyger is about "mitigating liability." "We don't actually know what happened. We still don't have all the evidence," Merritt added. But "we know that the evidence that exists contradicts this version of events, that seems to offer as little culpability for this officer as possible."

Guyger was charged with manslaughter Sunday night, three days after the killing, and was released on bond that same night.

Why this MSNBC host is hopeful about police.