If Netflix adds ads, it could lose a quarter of its subscribers, according to study 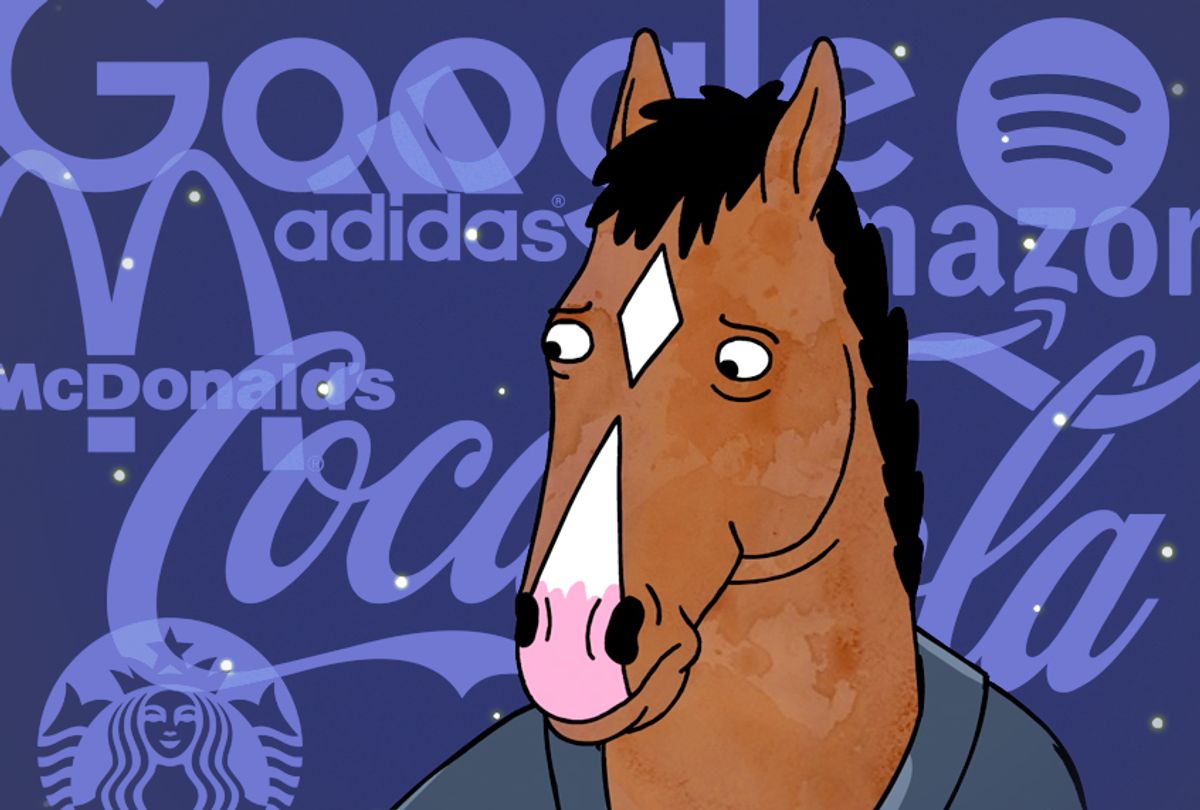 The advent of DVRs and streaming media has created a complicated relationship between consumers and ads, with one rather obvious commonality in place: Non-skippable ads are the worst, and if Netflix chooses to pursue that path, it could be faced with serious consequences.

The streaming giant has recently begun experimenting with promos for its other programming while consumers are binge-watching. When the practice began, Netflix categorized this as “testing whether surfacing recommendations between episodes helps members discover stories they will enjoy faster.” But the implication was clear: Your pleasant rewatch of “BoJack Horseman” might be interrupted by a reminder that the far-less-pleasant “Insatiable” exists.

In the event that this is the first step to more frequent intrusions, this could lead to people dropping their Netflix subscriptions, according a recent study by Hub.  Approximately 1,612 U.S. TV viewers between the ages of 16-74 were surveyed by the organization and asked what they would do if Netflix added ads. Specifically, 23 percent of those surveyed said they’d unsubscribe, with 41 percent saying they’d definitely or probably keep their subscription, and 37 percent undecided.

To be clear, this was under the condition that Netflix pricing remained the same despite the addition of ads. If subscription rates were hypothetically lowered by $3 a month, the Hub survey found, only 16 percent would cancel their subscriptions, and 50 percent would definitely or probably stay on board.

In the release accompanying the survey, Hub principal and study co-author Peter Fondulas said that “When we ask subscribers what they consider to be the most attractive features of Netflix, the fact that it’s ad-free consistently ranks toward the top of the list. For the moment, that remains a key distinguishing characteristic of the service, especially as other OTT providers attempt to compete with high-quality original shows of their own.”

Hulu, of course, offers both ad-free and “limited ad” experiences at different price points, and if you are signed up at the ad-free rate, the experience is exactly that. Meanwhile, no matter what you pay, Amazon Prime does sometimes include interstitial ads for its programming line-up — and from personal experience, it’s pretty weird to get blasted with an NFL commercial while bingeing your way through “The Man in the High Castle.”

In general, it speaks to a basic truth about the way consumers relate to these services: When it’s free, ads are an unavoidable inconvenience. But if users are already paying money to watch, then they should be avoidable.

Check out an infographic from the Hud study below, or read it here. 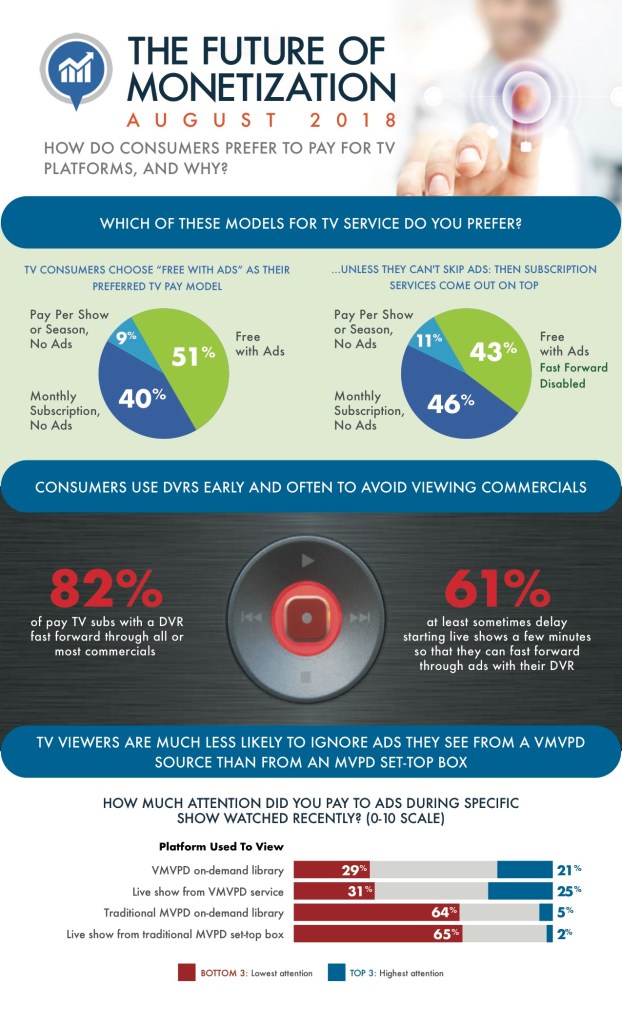 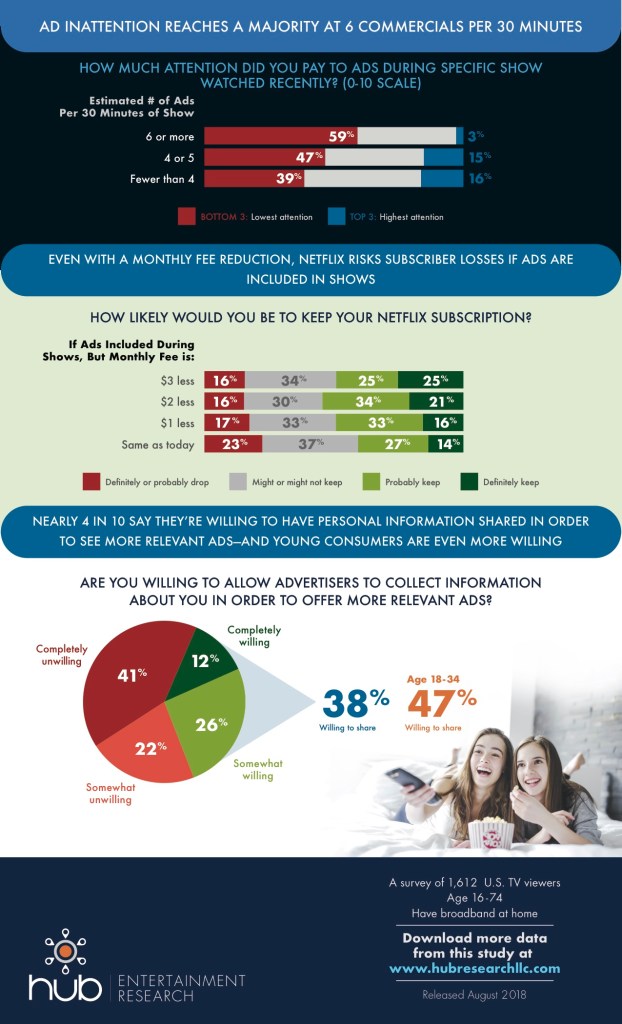