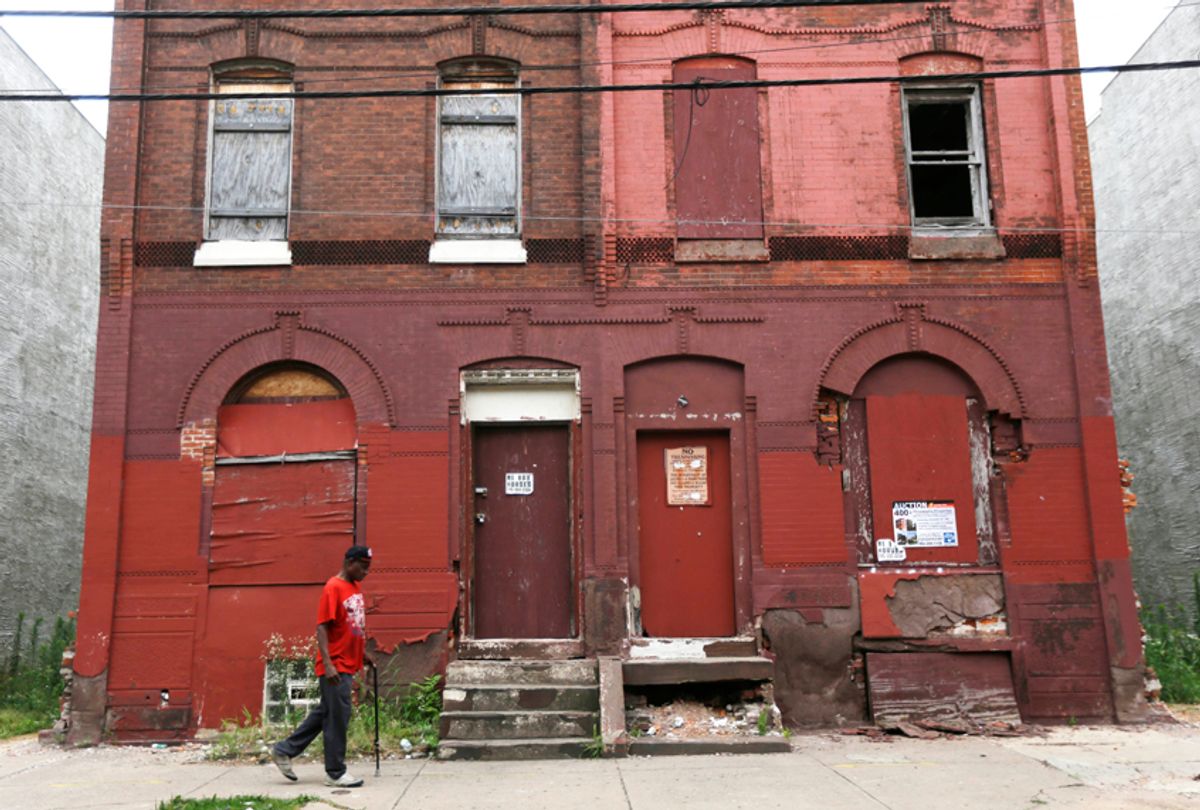 The much-anticipated 2018 midterm elections are looming, with widespread expectations that the historic unpopularity of Donald Trump will lead to big gains for the Democrats come November. But the political media, always ready to inject some drama and tension into what is already a stressful election season, believes it has found the fly in the ointment: The economy. The narrative that's taken hold is that the economy is doing smashing and the only question is whether or not Trump will be able to take credit, or whether voters hate him so much that they will vote against his party anyway.

"History suggests that such good news ought to translate into a political as well as an economic winning streak for the GOP heading into nettlesome midterm elections and even a glide path for a carefree re-election for President Donald Trump himself," Stephen Collinson of CNN writes, suggesting that Trump's low approval ratings are the only countervailing force.

But is it true that average Americans are feeling flush, so much so that Trump could gain electorally, if he were slightly less awful as a human being? It's possible, but a new economic report from the Census Bureau, tracking American fortunes in 2017, complicates the picture significantly. The reality is that ordinary Americans may not be feeling the effects of this allegedly booming economy, and Trump administration policies that line the pockets of the rich while undermining social safety net programs Americans rely on will only make the impact of income inequality worse.

At first blush, the Census numbers don't look too bad. Median household income rose 1.8 percent, and while poverty is still way too high, it declined a little, going from 12.7 percent of the population to 12.3 percent. But experts at the Economic Policy Institute (EPI), who took a deeper look at the numbers, have a grim interpretation of the bigger picture.

"While any reduction in poverty or increase in income is a step in the right direction, most families have just barely made up the ground lost over the past decade," EPI senior economist Elise Gould said on a Wednesday press call. "In 2015 and 2016, income growth was stronger and broad-based, with growth for low- and middle-income households tracking overall growth. In 2017, however, well-worn patterns of inequality re-emerged, with stronger growth at the top than for typical households.”

Households are barely getting back to where they were before the crash of a decade ago and, unfortunately, the value of work doesn't seem to have improved nearly as much as it should have. One particularly telling trend is that earnings actually went down for people who have full-time jobs. The American dream, in which a person can work full time and create a proper nest egg for herself, continues to be elusive for huge chunks of the country.

“Too many workers in our country are underpaid," said Sen. Kirsten Gillibrand, D-N.Y., said at an event hosted by EPI and the Century Foundation on Thursday. "Too many workers aren’t earning enough to take care of their kids, to be able to put some money [aside] to be able to have a vacation, to be able to take time off when, God forbid, someone in their family is injured or sick.'

“We do need to start rewarding work in this country again," she added, singling out declining union power and overly empowered corporations as two major causes of the problem.

This stagnation in the economic lives of ordinary Americans is only made worse by the fact that Trump signed a massive tax giveaway to the richest Americans, a tax cut that will be paid for with rising deficits and, eventually, a tax increase on lower-income Americans. If income inequality is bad now, the expectation is that it's going to grow more painful under Trump.

"The clear story of the Republican tax plan is that it takes the wheel of America’s already-dramatic income inequality and presses the accelerator," Dylan Scott and Alvin Chang of Vox wrote after the bill passed last year.

Republicans may be skeptical that income inequality is inherently damaging, but substantial social science backs up the fact that these gaps between the rich and everyone else cause massive, compounding problems, from crime to economic stagnation to lack of educational opportunity to political corruption. As anyone who lives where housing costs are soaring can tell you, it's clear that forcing people with sluggish incomes to compete for housing with rich people who can pay whatever they like for homes creates economic peril for ordinary working people.

But Republicans have already signaled their desire to double down. House Republicans are already working on a plan they call "Tax Reform 2.0," which is designed to make tax cuts for the wealthy permanent, along with other policies that favor the wealthy and upper middle class while leaving out poor people and people who are struggling to save money out of the loop entirely. Worse, progressive economists fear that this will be used as an excuse to gut programs that help keep people out of poverty.

"The Tax Scam 2.0 is yet another part of a well-worn conservative playbook: Explode deficits with massive tax cuts, then ask the middle class to pay the price through cuts to Social Security, Medicare, and other priorities that are important to a majority of Americans," Alexandra Thorton, tax policy director at the Center for American Progress, said in an emailed statement.

This is especially alarming, because the already high poverty rate would be far higher if it weren't for these kinds of social safety net programs. EPI estimates that 44 million Americans would fall into poverty without Social Security, the Earned Income Tax Credit, or food and housing assistance. Trump has already been making plans to make deep cuts to the social safety net and this evident Republican plot — to run up deficits with tax cuts and use those deficits as an excuse to slash social programs — could make the scheme to drastically redistribute money from the poor and working people to the rich move that much more quickly.

So headlines about the booming economy shouldn't scare Democrats out of campaigning against Trump on the economy. In truth, these numbers suggest that the typical American worker isn't seeing the effects of this supposedly soaring economy on their own prospects. The big question really is whether the Democrats can offer a bold alternative that gives voters hope that things can actually get better, or if these lean times will now be perceived as a permanent state of affairs for people who have to work for a living.