After a century, insulin is still expensive — could DIYers change that? 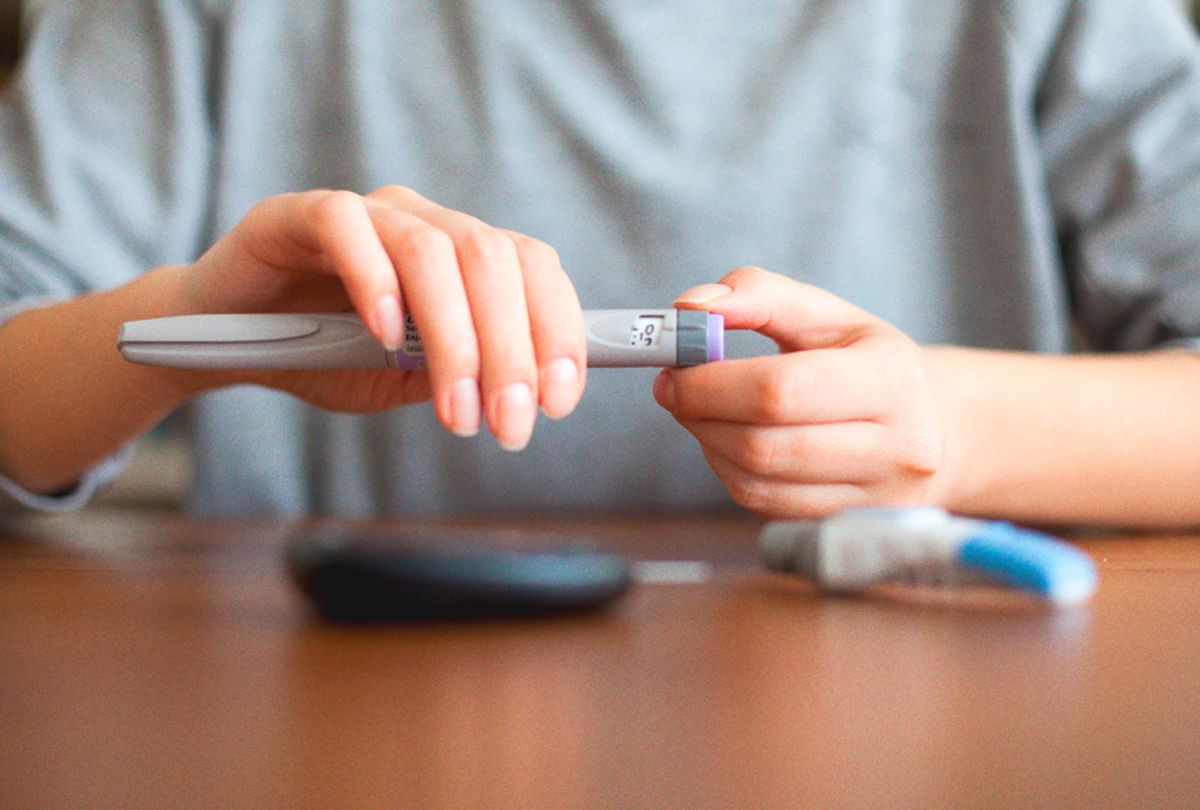 Soon after Federick Banting discovered that insulin could be used to treat diabetes in 1921, he sold the patent to the University of Toronto for about a dollar. Banting received the Nobel prize because his discovery meant a life-saving drug could become widely available. Nearly a century later, an American with diabetes can pay as much as US$400 per month for insulin, driving some uninsured patients to desperate and dangerous measures. Clearly, something went wrong.

Our lab studies biosecurity, so when we heard that a group of do-it-yourself biologists was working to solve the insulin affordability problem by figuring out how to manufacture insulin patent-free, we got to know them. After digging into the insulin affordability issue, we argue that what’s keeping insulin expensive is not patents — it’s regulations. By operating in a regulatory blind spot, DIYers could upset the status quo for drug production.

Discovering and developing drugs is expensive. Patents help drug companies recoup the costs from their investments by granting them a monopoly for a limited time. Once the patent expires, competing companies can begin producing generics: off-brand versions of a patented drug. This healthy competition drives prices down.

So why, with the original patent long-expired, is there still no affordable generic insulin?

The insulin for purchase today is not the same insulin used to treat diabetic patients nearly 100 years ago. That insulin came primarily from animals. Today, insulin is brewed up by microbes that have been genetically engineered with the gene for human insulin.

And insulin is seldom injected with an old-fashioned syringe and needle anymore. Now there are insulin pens, pumps, test strips and other devices that improve the quality of life for diabetic patients. Pharmaceutical companies have also modified the chemical formula to produce faster-acting or longer-lasting insulins.

With each of these inventions came a new patent.

But the benefits of these “improved” insulins are debatable, and there’s nothing preventing competing companies from selling older, long off-patent versions of insulin. So what’s the holdup?

Insulin is a biologic drug, which means it’s produced by a living organism, not a chemical reaction. This process, called biomanufacturing, is more inconsistent than chemical synthesis of non-biologic drugs like aspirin.

Making reliable biologic drugs is a little like winemaking. Even though the winemaker carefully follows a well-established process, minute differences will affect the final product. It’s always wine, but some vintages are better than others and tasting the wine is the only way to evaluate the final product.

So if a new company wants to make insulin, that insulin has to be tested on patients in expensive clinical trials. Bringing a biologic drug to market can cost as much as $250 million. No company can afford that lump if it can’t file for a patent to recoup the investments.

That’s why there’s only one “generic” insulin available so far. It’s made by a company that was already a major player in the insulin market, and it’s only 15 percent cheaper than the patented version. By comparison, most non-biologic generic drugs cost 80 percent less than the original.

Obviously, regulations are important for keeping insulin safe, but at what cost? Ten percent of people living with diabetes in the U.S. are uninsured, and there are nearly 10,000 crowdfunding campaigns related to insulin on the site GoFundMe alone. Stories about diabetic patients ending up hospitalized or worse because they tried to ration their insulin are all-too common.

Some people are taking matters into their own hands, tinkering to meet their medical needs. In 2015, patients and hobby scientists launched an initiative known as the Open Insulin Project.

As in winemaking, the specific know-how required for insulin production is a guarded secret. The goal of the Open Insulin Project is to figure out a patent-free method and release the information, so that competing companies can manufacture “generic” insulin.

Given the cost of regulatory approval, it is more likely that the project could enable patients to “home brew” their own diabetic treatments. There is currently no structure for regulating drugs that are not produced commercially. One report estimates that as many as 2,000 patients have already reverse engineered their own insulin pumps and electronic monitoring systems. The insulin itself could be next.

Is it possible to make biologic drugs like insulin more affordable without compromising safety? One suggestion that has been gaining steam is to scale down biomanufacturing. Right now, biologic medicines like insulin are cooked up in giant batches. Ensuring that those batches are consistent and free of contamination is a major challenge.

Think about the meat department in your grocery store. Many big-box stores stock hamburger that was ground in a central processing plant and then distributed. If an E. coli outbreak occurs in the plant, it’s going to spread to all of the stores downstream, potentially infecting hundreds or thousands of people.

The meat is also exposed to more potential contamination events through storage and transport. And, if contaminated meat is identified in one store, it won’t be immediately clear whether or not all the others are safe.

Now, consider a small local butcher who grinds meat in-house. Any safety risk is going to be isolated to the customers of that one store and the source will be obvious.

Similarly, producing medications in smaller batches reduces the potential impact of any one safety event. Pharmacy compounding provides an example. In compounding, drugs are specially mixed or produced for a very small number of patients. Compounded medications are not subject to clinical trials.

If insulin were made in smaller batches, manufacturers might be able to forego clinical trials and use simpler and less expensive tests to confirm that each batch of insulin produced is safe and comparable to previously approved insulins. It would be like using chemical tests to identify important flavor compounds in two vintages of wine instead of organizing taste tests. This model could also apply to other expensive biologic drugs such as those that treat cancer, HIV and rheumatoid arthritis.

The future of medicine

The pharmaceutical industry is ripe for disruption. In the coming decades, drugs might be produced in very different settings. Hospitals have already begun plans to make their own medicines. DIY biologists could provide patients with the knowledge needed to produce for themselves the drugs their lives depend on.

As the industry and regulatory agencies gain more experience with biologic drugs, it is also possible regulations will ease up, lowering the cost of approval. This would enable the emergence of small-scale drug manufacturers that could provide off-brand drugs at a lower cost.

One thing is certain, the future of medicine will not be “business as usual.” Biomanufacturing technologies will continue to evolve. These changes could enable decentralized production of life-saving drugs. How the regulatory system and pharmaceutical industry will adjust to that future is yet to be determined.