Safety would take a back seat if Senate passes bill on driverless cars, critics say 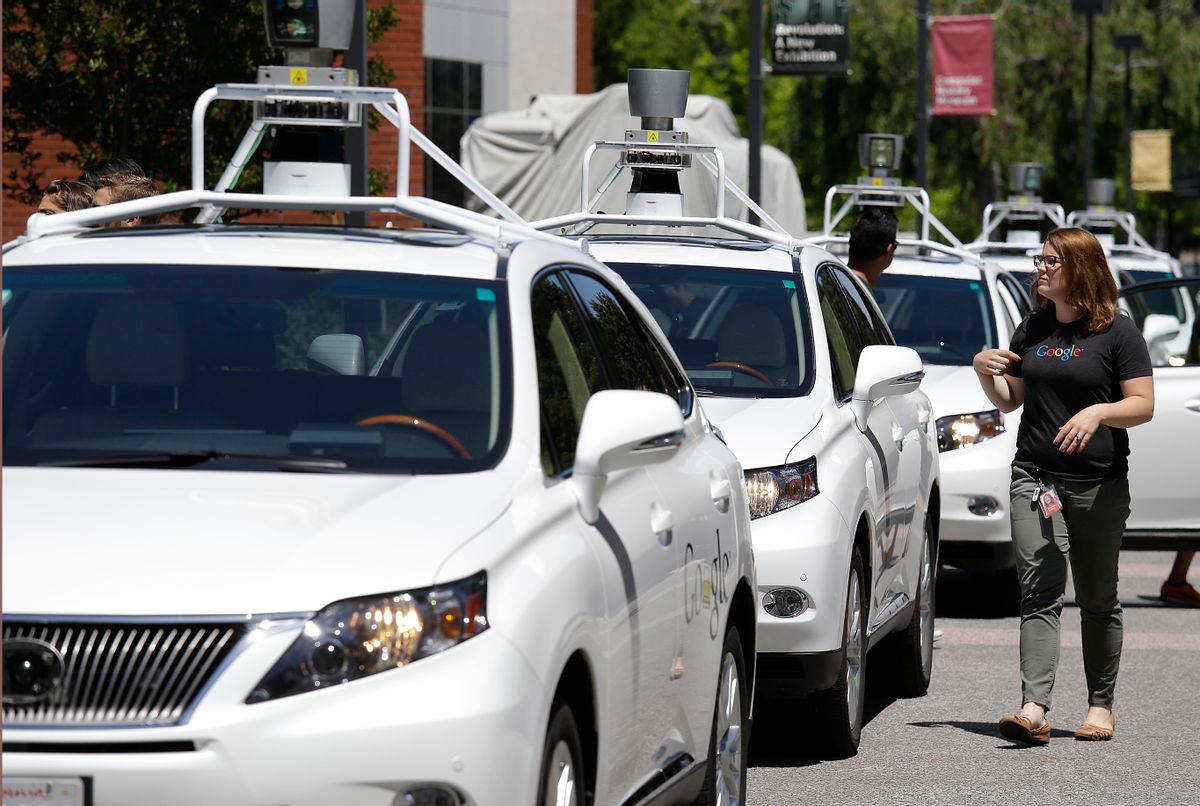 Consumer advocates are attacking a bill heading for a vote soon in the U.S. Senate that would clear legal obstacles for the deployment of driverless cars — a proposal that, critics say, lacks safeguards needed to protect the public and largely would let vehicle manufacturers regulate themselves.

The measure, which is being pushed by auto and tech industry lobbyists, is called the AV START Act, standing for “American Vision for Safer Transportation through Advancement of Revolutionary Technologies.”

It would bar states and localities from setting safety rules for driverless cars, even though there are no federal regulations nor any requirement for regulations to be adopted in the future. Only nonbinding guidelines are in place. Over the next few years, the bill also would allow hundreds of thousands of driverless vehicles to be exempt from existing federal standards for conventional cars and trucks, such as requirements for steering wheels and pedals.

A similar measure, called the SELF DRIVE ACT, already has been approved by the House of Representatives.

Champions of driverless cars say they would improve mobility for disabled people and save lives by eliminating human errors that are the cause of most crashes. Yet consumer advocates and experts argue that driverless transportation is still far from the bare minimum of being as safe as the flawed human drivers it is meant to replace.

The industry would be “in complete control when it comes to consumer safety in autonomous vehicles,” complained Michael Brooks, chief counsel for the nonprofit Center for Auto Safety, in a recent conference call with reporters. “As history has proven time and time over, automakers are incapable of prioritizing safety over profits,” Brooks said, “and the National Highway Traffic Safety Administration is an unwilling regulator.”

Citing a lack of cybersecurity protections, Mary “Missy” Cummings, a Duke University robotics professor, said that “anything  electronic can be hacked.” Autonomous vehicle technology is  “not mature by any stretch of the imagination,” Cummings said, yet “this legislation is willing to make guinea pigs out of the American public for what is fundamentally untested and unproven technology.”

In introducing the bill last fall, Senate Commerce Committee Chairman John Thune, R-S.D., and Sen. Gary Peters, D-Mich., cited the revolutionary impacts of driverless transportation and the need for the U.S. to maintain a leadership position. “This legislation proposes common sense changes in law to keep pace with advances in self-driving technology,” Thune said in a press release.

“By playing a constructive role in the development of self-driving transportation systems, our government can help save lives, improve mobility for all Americans … and create new jobs.”

It is essential that self-driving cars “be no more likely to crash than cars currently do, and should provide no less protection to occupants or pedestrians in the event of a crash,” the letter said.

A Thune spokesman told FairWarning the preemption language was needed “to ensure that a patchwork of state regulations does not potentially result in the need for 50 different versions of a vehicle to meet 50 different state standards.” As for the lack of federal safety standards, he said the new law ”will be a beginning and not the last word on statutory rules for self-driving vehicles.”

The issue has drawn throngs of lobbyists, with 187 companies, groups and agencies  registering to lobby on self-driving vehicles from 2017 through June 30 of this year, according to data from the Center for Responsive Politics. Among them are insurance companies, municipalities and consumer organizations, but many are auto and tech companies and trade groups that have collectively invested billions of dollars in self-driving technology.

“Consumer groups really are being vastly outnumbered by the industry, said Craig Holman, a lobbyist for Public Citizen. “They are outgunning us in Congress.”

“I want to see self-driving cars on the streets,” Holman added. “It’s just I don’t want corporations to be in charge of regulating” them.

One industry group is the Self-Driving Coalition for Safer Streets, whose members include Ford, Volvo and Waymo, the autonomous vehicle unit of Google owner Alphabet, Inc. Leading the coalition is David L. Strickland, former head of the National Highway Traffic Safety Administration and now a partner in the law and lobbying firm Venable LLP; and Chan Lieu, also a former senior official at NHTSA. In 2017 and the first half of this year, the coalition reported paying Venable $480,000 for lobbying, according to the Center for Responsive Politics. Strickland did not respond to emails or a call.

Proponents of self-driving cars often mention a NHTSA estimate that 94 percent of vehicle crashes result from human errors such as speeding, fatigue and drunk or distracted driving — hence the need, they say, to take humans out of the equation. Some of the same auto and tech firms making that argument have contributed over the years to distracted driving by developing and selling wireless systems that tempt drivers to talk, text and engage in social media while behind the wheel.

Last October, when NHTSA reported that traffic deaths in 2016 exceeded 37,000, the Self-Driving Coalition immediately seized on the news.

“By removing humans from the driving process, self-driving vehicles offer an opportunity to significantly reduce the number of our loved ones killed and injured in crashes each year,” the coalition said in a press release. “It is critical that policymakers support the safety benefits of fully self-driving technology.”

​Still, a growing chorus of groups have urged caution, including the Insurance Institute for Highway Safety. In a recent report headlined “Reality Check,” the institute declared that “self-driving cars are supposed to be better at averting crashes than human drivers, but tests of prototype vehicles on public roads so far indicate that they aren’t always up to the task. … The early results underscore the fact that today’s systems aren’t robust substitutes for human drivers.”

The report cited several crashes linked to autonomous features in test and production vehicles, three of which resulted in fatalities.

In March, an Uber self-driving test vehicle struck and killed a pedestrian as she walked her bike across a street in Tempe, Arizona. The same month, the driver of a Tesla operating in ”Autopilot” mode was killed in a crash in Mountain View, California. And in May, 2016, another Tesla driver was killed when his car, also on “Autopilot,” crashed into the side of a tractor trailer in Williston, Florida.

Amid such disturbing headlines, public enthusiasm for driverless vehicles has waned.

A survey released last month by the research firm Cox Automotive found that only one in six respondents said they would feel comfortable riding in an autonomous vehicle without the option of taking control.

“People now have a deeper understanding of the complexities involved when creating a self-driving car,” said Karl Brauer, executive publisher of the Cox publications Autotrader and Kelley Blue Book.  “That has them reconsidering their comfort level when it comes to handing over control.”