Enrollment in women’s colleges is up in record numbers 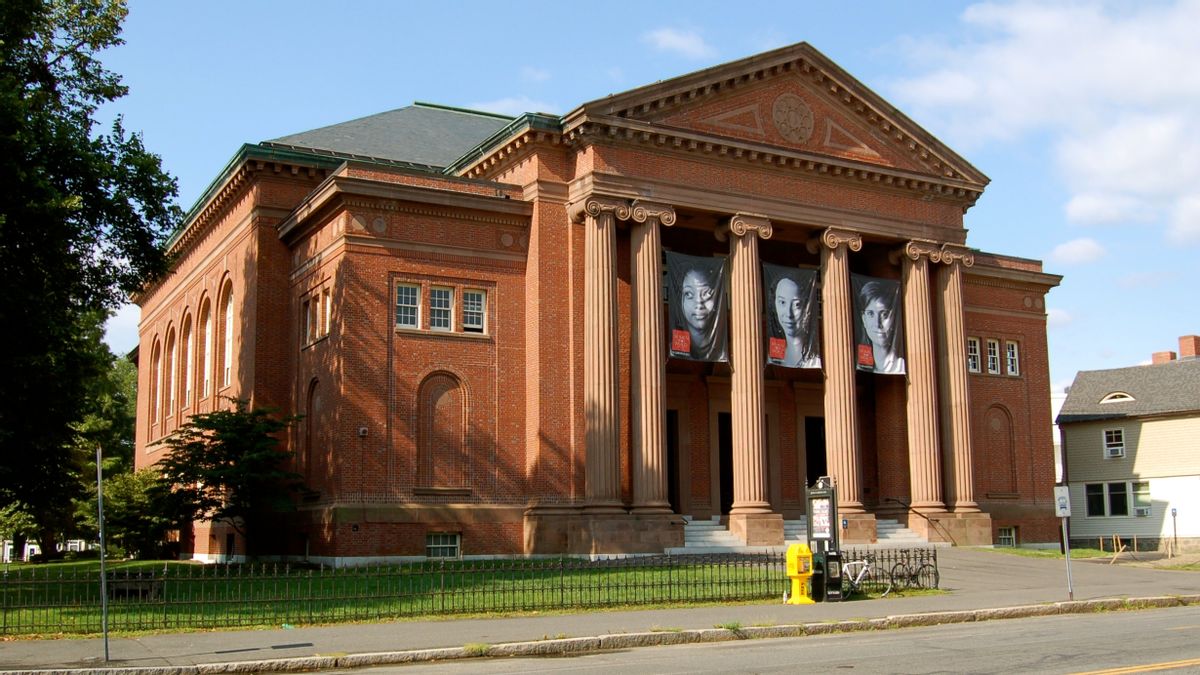 Editor’s note: Thanks, some say, in no small part to the 2016 election of Donald J. Trump and the momentum of the #MeToo movement, enrollment in women’s colleges is up like never before. In light of this uptick, we reached out to the leaders of three women’s colleges — St. Catherine University, Bryn Mawr and Rutgers University’s Douglass College — to illuminate what the colleges do that makes them distinct. Here’s what they had to say.

Kimberly Wright Cassidy, President Bryn Mawr College
Women’s colleges have by definition led progress toward equality between the sexes since their founding in the 19th century – and, I would argue, they lead it today. One reason is that women’s colleges offer an environment in which women are the focus, and the drivers, of academic excellence.

The impact is especially notable when one looks at achievement in traditionally male-dominated fields, including science, technology, engineering and math (STEM).

When Quartz magazine, for example, created its list of the 25 schools most responsible for advances in science – a list that tracks the undergraduate affiliations of winners of the highest recognition in the sciences – Bryn Mawr College made the list, even though that list did not account for women’s historical and present-day barriers to success in STEM fields.

There are several critical components of the heightened academic achievement of women’s college graduates. One is access to female-majority workgroups and female mentor networks. Research indicates that these are crucial to creating a sense of belonging, particularly in STEM fields, which in turn predicts greater confidence in one’s abilities and greater persistence.

Another is a culture of enlarged expectations of and opportunities for women.

Graduates often tell me that a women’s college is the first space where they felt it was acceptable to be smart and passionate about ideas. As one young alum put it recently, a women’s college experience “gives you the confidence to believe that you can do anything you set your mind to. . . . It’s cool to be intelligent.”

Women’s knowledge and skill is not all that’s required for gender equity in the workplace, but it is a necessary condition. And it is because, as I’ve argued here, women’s colleges provide more support for these intellectual achievements that they play such a critical role in preparing students to level the playing field.

What a difference a course can make

Jacquelyn Litt, Dean of Douglass College, Rutgers University
Most universities require their students to complete a certain distribution of courses, so that science majors take at least a few humanities courses and social scientists do a bit of math or biology. There are few campuses, it seems, that insist on a common course for all students: Douglass College, the women’s college at Rutgers, is one of them.

In its first incarnation, this course was known as “Shaping a Life.” Piloted in 1994, it introduced Douglass students to the lives of eminent women through original writings. Students read about how women from different backgrounds – ranging from bestselling author Amy Tan to former Smith College president Jill Ker Conway – viewed women’s roles in family, education, work and community. They learned, for example, to distinguish the kinds of work women do at home, at school and in the labor force – something they would not necessarily be asked to think about in their other classes. An internal evaluation of the course’s impact in the late 1990s found that it increased student retention, enhanced academic performance and improved students’ sense of leadership and self-confidence.

In 2007, however, the course was revised to more directly address gender inequality. Called “Knowledge and Power: Issues in Women’s Leadership,” today’s course engages students in intimate dialogue in small sections of 25 students. For example, one group looked at the anti-rape condom invented in South Africa, Rape-aXe, that has been designed “to give women a stronger chance at escaping sexual assault and bring their attackers to justice.” Students discussed the limitations of technology and its inability to deal, for example, with the trauma rape survivors suffer. They questioned the product’s heterosexual bias and challenged the burden it placed on women.

With 70 percent of its students women of color, Douglass is the most racially and ethnically diverse unit at Rutgers-New Brunswick, one of the most diverse universities in the nation. As a result, the course also focuses on inequalities between women.

How do power differentials among races affect women’s power to “speak out” in the face of harassment, discrimination and sexual violence? Students learn this firsthand as, for example, a first-generation Latina student interviewed an accomplished alumna with a similar background who is now a medical school dean. After hearing the alumna describe her encounters with gender and racial stereotypes, the student saw how important it is to consider how different forms of discrimination interconnect.

Students’ evaluations of Knowledge and Power show that most end the course with a recognition that their voices are powerful and that while inequality exists, they possess the capacity to bring about change.

ReBecca Roloff, President St. Catherine University
The #metoo movement has intensified the volume of conversations related to equality and social justice. For those of us fortunate enough to come under the influence of the Sisters of St. Joseph of Carondelet, we know they have been advocating for these issues since their founding in 1650 in central France. Neither educated nor wealthy, this order of Catholic nuns committed to “practice of all the spiritual and corporal works of mercy of which woman is capable and which will most benefit the dear neighbor.”

The sisters took a radical approach to their mission. They were active out in the community at a time when the majority of women religious were cloistered. When the sisters found young women who were forced to engage in prostitution to feed themselves, and perhaps a family, they didn’t judge. Instead, they took action and taught the women how to make lace, creating an opportunity for economic stability for these women.

It was in the late 1830s that the sisters brought their mission and commitment to empowering women to America. In time, they established five colleges and eight high schools across the United States, including my own, St. Catherine University (St. Kate’s), in 1905 – 15 years before American women had the right to vote.

According to historian Mary J. Oates, St. Kate’s was among those “dedicated to the advancement of women through a fine liberal arts education” and aimed to become “the nation’s finest women’s college.” Indeed, this commitment to excellence led St. Kate’s to become the first Catholic college, male or female, to have a chapter of Phi Beta Kappa in 1937.

The impact of the Sisters of St. Joseph of Carondelet schools like St. Kate’s is best observed in the increased economic security graduates and their families have as a result of their outstanding academic experience. A 2016 study by the Equality of Opportunity Project examined how well colleges have built an economically diverse student body. Among Minnesota’s 17 private colleges, St. Catherine University has the highest percent of students drawn from the bottom 60 percent of median family income.

The study also introduces a college mobility rate, which identifies the share of all students at a college who both came from a lower-income family and ended up in a higher-income bracket. In comparison to those same Minnesota private colleges, St. Kate’s ranks first in mobility rate at 11.1, according to an analysis conducted by St. Kate’s. The average U.S. college has a mobility rate of 1.1.