Brett Kavanuagh's accuser reveals herself, speaks out about allegations of sexual assault 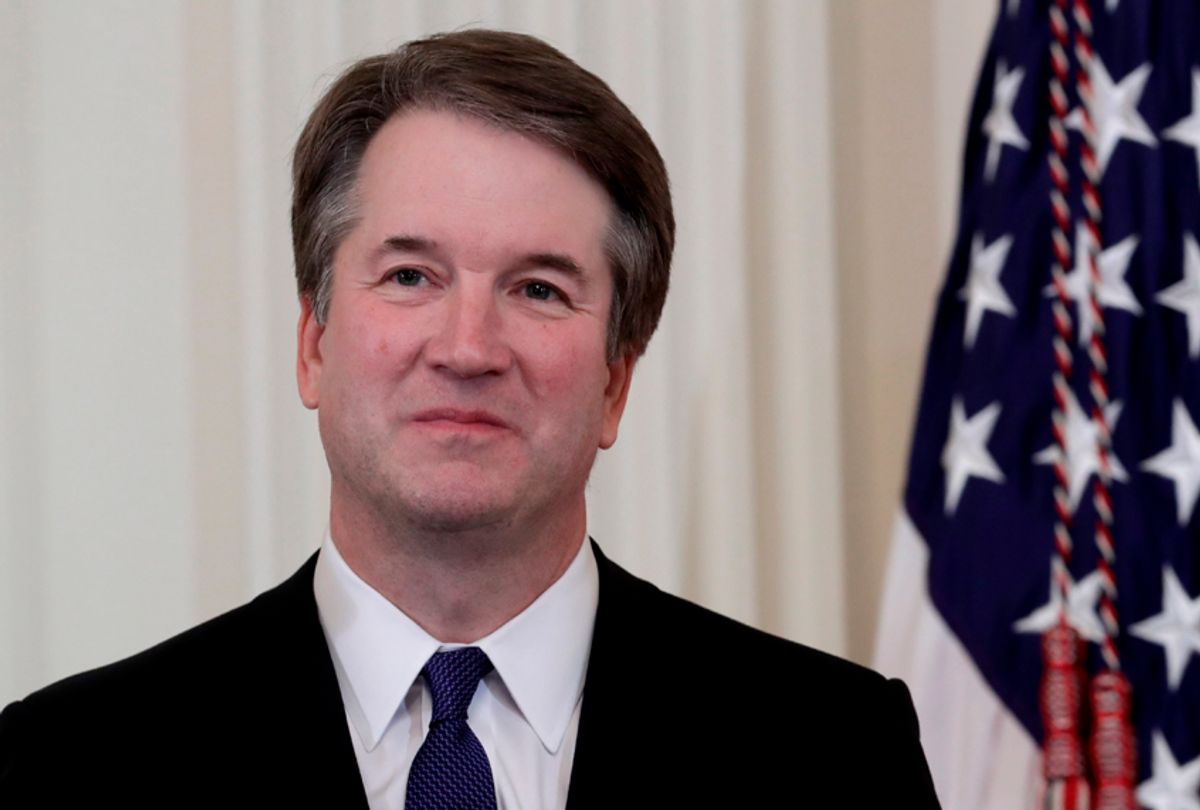 Brett Kavanaugh's accuser is no longer anonymous. Christine Blasey Ford, a professor at Palo Alto University, told The Washington Post that she was the author of the letter detailing her experience of sexual assault in the 1980s. Her assaulter: a man nominated to become a Supreme Court Justice.

Sen. Dianne Feinstein, who received the letter in late July, initially kept the allegation against Kavanaugh a secret. But the contents of the letter were disclosed after members of the Senate Judiciary Committee could review it. In the letter, the author accused Kavanaugh of sexually assaulting her while in high school.

Proponents of Kavanaugh's nomination have defended the federal judge by arguing that anonymous accusations should not be given credibility.

Now, the accusation is no longer anonymous. Ford is willing to put her name on it.

Ford told The Post that she attended a party in the early 1980s where Kavanaugh trapped her in a bedroom. In The Post's words, she alleged: "Kavanaugh pinned her to a bar on her back and groped her over her clothes, grinding his body against hers and clumsily attempting to pull off her one-piece bathing suite and the clothing she wore over it. When she tried to scream, she said, he put his hands over her mouth."

“I thought he might inadvertently kill me,” Ford, 51, told The Post. “He was trying to attack me and remove my clothing.”

Ford never told anyone about the attack until 2012 during psychiatric therapy. She said she refused to come forward at the time of the assault because she was at a party where there was underage drinking and she didn't look like she was a victim of a serious crime.

“My biggest fear was, do I look like someone just attacked me?” she said.

Ford told The Post that the incident left a bigger mark than she realized.

“I think it derailed me substantially for four or five years,” she said. She also said it negatively impacted her relationships with men. “I was very ill-equipped to forge those kinds of relationships.”

Ford's therapist wrote notes, reviewed by The Post, that corroborate some of her claims. The therapist wrote "attempted rape" about the traumatic experience. Ford never used Kavanaugh's name when retelling the story, just that he was a student "from an elitist boys' school" who became "highly respected and high-ranking members of society in Washington."

The most specific details about that night were revealed in the interview with The Post.

Ford told the paper that Kavanaugh was heavily intoxicated that evening. Kavanaugh was there with his friend and classmate, Mark Judge, who went on to become a conservative commentator with bylines in the Daily Caller and The Weekly Standard. Judge was apparently in the room with Ford and Kavanaugh and laughed "maniacally" as his friend tried to rape her.

Before Ford's identity had been known, Judge told The Weekly Standard that the incident never occurred. "It's just absolutely nuts. I never saw Brett act that way."

"I can recall a lot of rough-housing with guys," Judge said. "It was an all-boys school, we would rough-house with each other," he said said. "I don't remember any of that stuff going on with girls."

In preparation of attacks on her credibility, Ford took a polygraph test administered by a former FBI agent in early August. The test, which The Post reviewed, showed that Ford was being truthful when recounting her allegations.

Ford's husband, Russell Ford, told The Post that he expects many people to shrug off the allegation. But he also said that the Senate should consider all of this when making their determination.

“I think you look to judges to be the arbiters of right and wrong,” Russell Ford said. “If they don’t have a moral code of their own to determine right from wrong, then that’s a problem. So I think it’s relevant. Supreme Court nominees should be held to a higher standard.”

Some prominent conservatives have already begun to question Ford's credibility.

Republican Sen. Mike Lee's communications director noted on Twitter that Ford did not name Kavanaugh when she first told her therapist about it.

"The therapist’s notes, portions of which were provided by Ford and reviewed by The Washington Post, do not mention Kavanaugh’s name" https://t.co/NLuY9BqUTy

And she worried 7 years ago he might get a SCOTUS nomination, but did nothing. This is waaaaayyyyyyyy too convenient.

How convenient -- the anonymous accuser who only wanted to remain anonymous has already passed a polygraph to show she's telling the truth about the thing she didn't want to tell anyone about.

Other conservatives have suggested that Kavanaugh should withdraw his nomination.

I didn’t comment on Brett Kavanaugh because an investigation & more information seemed necessary. Now that we have more (including a name + corroborating details) than just an anonymous accusation, Kavanaugh should withdraw his name *for the sake of the Court & its legitimacy.*

Last week, before Ford's identity had been revealed, Kavanaugh issued a statement denying the accusation: “I categorically and unequivocally deny this allegation. I did not do this back in high school or at any time.”