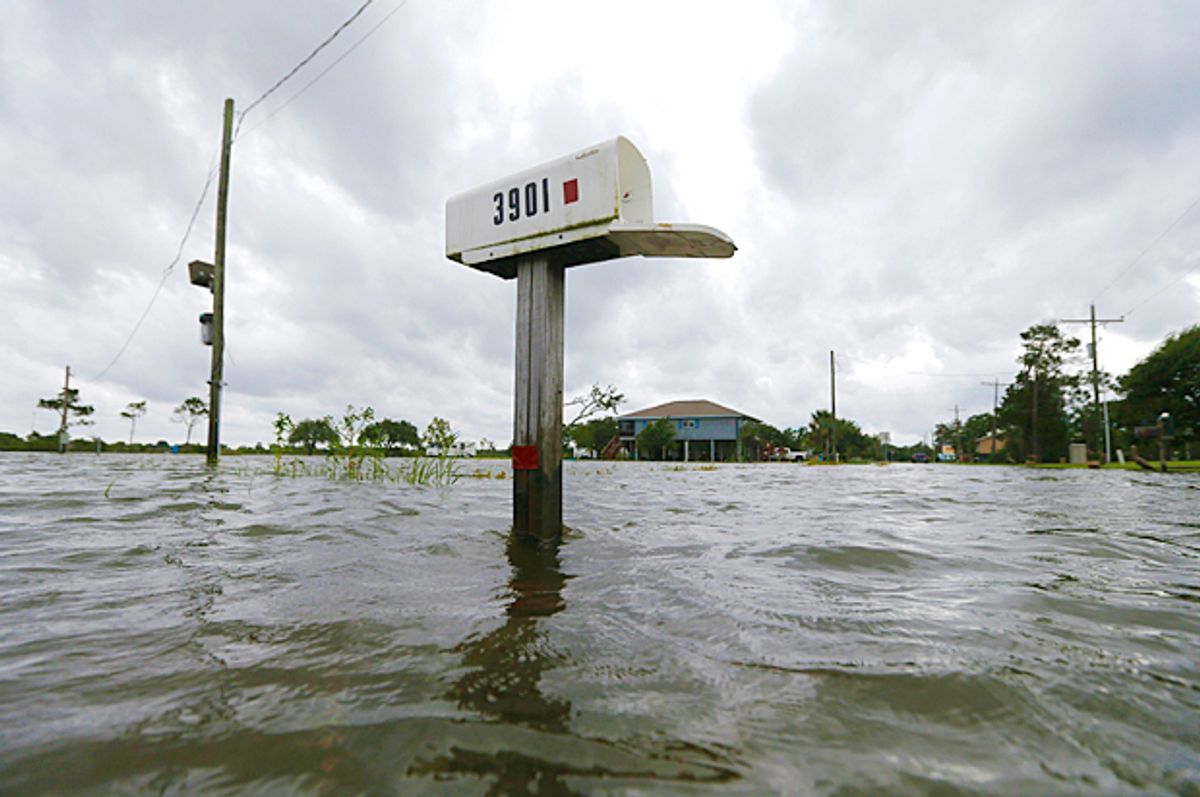 As Florence is starting to unleash her fury on the Carolinas, I’m reflecting on the successes and challenges of recoveries from past disasters, large and small. I’m thinking about Katrina, of course. But also Joplin, Missouri, Superstorm Sandy’s enduring impact on New York and New Jersey, the 2015 floods in South Carolina, Hurricane Harvey and others.

What have we learned? Will we do better?

First, the good. Time and again, regardless of location, Americans have opened their wallets and also voted with their hard work to make clear, when the chips are down, we care about each other. For 12 years, SBP has benefited from more than 200,000 volunteers who came to rebuild homes for people they have never before met and with whom, on the surface, they sometimes appear to have little in common.

These volunteers are leveraged by another good — AmeriCorps members, made up of citizens 18 and older who commit ten months of their lives, for small stipends, to serve others and to make sure that our country works well for more people. Some are recent college graduates, some have taught in graduate school. We’ve had nuns, former corporate executives, people from urban areas and people raised on farms. What unites them is a passion for service and an ethos of hard work.

These are a few of the reasons that families impacted by Florence should have hope. True, there are more reasons: many corporations step up in huge ways, donating not just funds, but the labor and knowledge of their people. Toyota, Farmers, Zurich, UPS, Hilti, Walmart, Entergy and NRG are just a few of the corporations that have walked the walk.

No doubt, since Katrina, government programs have improved. For example, FEMA has made innovations that result in direct rebuilding work through programs like Partial Repair and Essential Power for Sheltering. HUD has worked to add flexibility for state and local governments that receive funds. The federal government’s recent investment of more than $15 billion to help increase community resilience in communities across the country is an impressive step in the right direction.

That said, the state of disaster recovery in America does not yet match our nation's potential or the needs of struggling communities. Not yet.

We can improve. Here are 4 suggestions:

First, in each community impacted, it is essential that the government executives set clear goals for when recovery will be complete. No one ran a 4-minute mile by training hard; all important feats have a clear definition of success and a plan to achieve it. We call on leaders to set a goal and develop resources to achieve the goal.

Second, we’ve got to use data better. To set a goal, you have to understand the need. Unfortunately, damage assessments utilized by FEMA and HUD don’t yet incorporate all available technology or information. If we want timely, accurate, consistent and scaled damage assessments, I’d bet on a combination of satellite images, photos from flyovers, big data and predictive analytics, many of which already exist and just need to be tapped into. The FEMA damage assessors who come from all around the country often have hearts of gold, but are no match for modern technology.

Third, utilize private finance to leverage government funding. It can take years for federal dollars to be accessible, meaning, families are displaced from their homes until rebuilding funds are available. SBP has developed a model that would allow private funds to finance repairs today for homeowners who will receive federal assistance in the future. Houses would be built sooner for the most vulnerable, and money would be saved - both by avoiding increased damages from houses sitting untouched and from a private market of construction, unfettered by massive contracts and procurement requirements.

Finally, it’s time to get real about flood insurance. The old FEMA flood maps are not accurate predictors of future flooding. Unless you live on the peak of a mountain, everyone should get flood insurance. Of the 300,000 homes in Houston impacted by Hurricane Harvey, more than 70 percent were not in mandatory flood zones. This statistic holds true for several past disasters. Flood insurance is affordable, averaging $865 for a $250,000 policy for homeowners not living in flood zones.

I want to be clear, FEMA and HUD have made significant improvements since Katrina, and state and local governments have important roles to play as well. That said, disaster recovery should be an industry of continuous improvement. Millions of Americans are counting on it.

This post originally appeared on SBP. Reprinted with permission.