Ken Starr on possible Trump impeachment: "The country should not be taken through that" 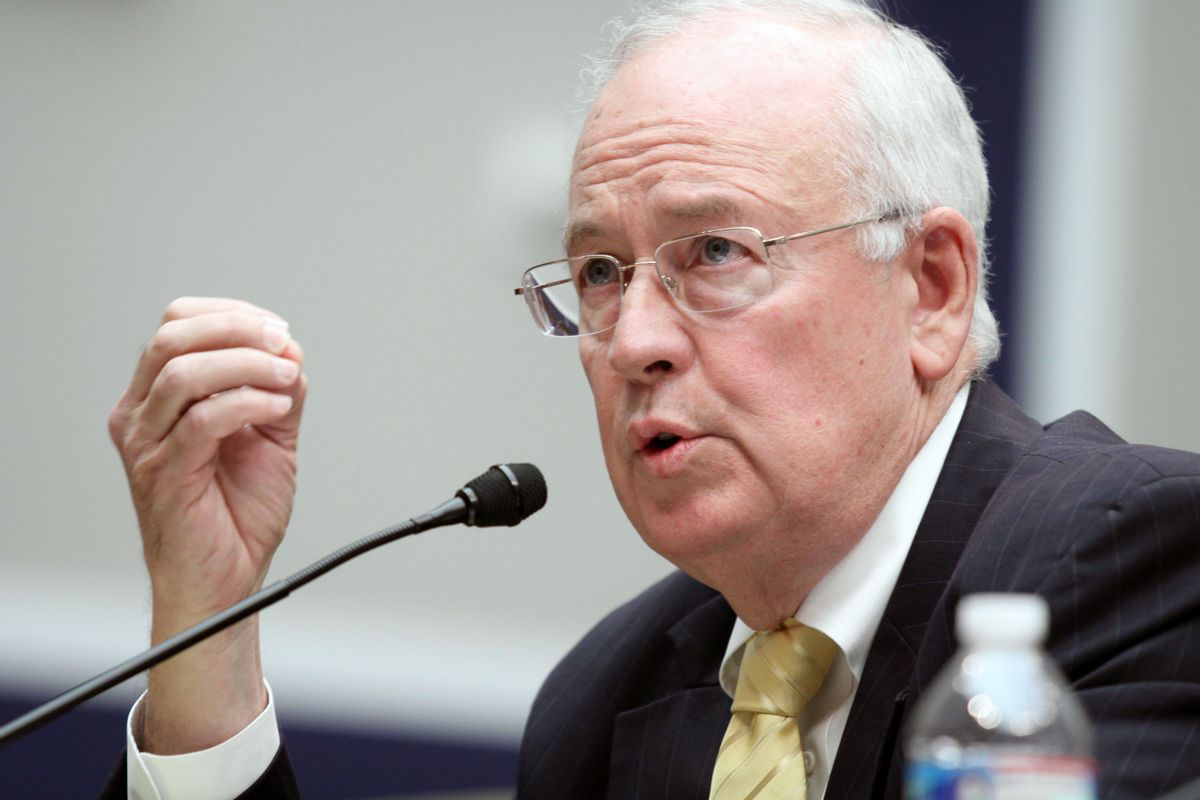 FILE - In this May 8, 2014, file photo, Baylor University President Ken Starr testifies at the House Committee on Education and Workforce on college athletes forming unions. in Washington. Texas’ top law enforcement agency has opened a preliminary investigation into Baylor University and how it handled reports of sexual and physical assault over several years. The Texas Rangers confirmed Wednesday, March 1, 2017, they are working with the McLennan County prosecutor’s office to “determine if further action is warranted.” Baylor fired football coach Art Briles in 2016 and demoted President and Chancellor Starr, who later resigned. Former athletic director Ian McCaw also resigned and is now at Liberty University in Virginia. (AP Photo/Lauren Victoria Burke, File) (AP)
--

Ken Starr, the former independent counsel who feverishly tried to get former President Bill Clinton impeached, sang a different tune on Sunday when he talked about the controversies surrounding President Donald Trump.

Starr told CNN's Jake Tapper that "impeachment is hell" and would not be healthy for the country.

The case for impeachment against Trump has heated up as Democrats look poised to take back the House of Representatives. Democratic leadership has not officially endorsed impeachment, but the base clearly wants Trump gone. According to one poll from August, three out of four Democrats would like Congress to initiate impeachment proceedings.

On Sunday, Starr said that impeachment is not appropriate unless there is a growing consensus in America.

The call for impeachment does not stop with Democrats, however. According to that same poll, nearly half of independent voters support impeachment against Trump and even 15 percent of Republicans would back impeachment.

Starr, who is making the media rounds this week to tout his new memoir about the investigation into Clinton, told Tapper that one of the lessons from the book is that "impeachment is hell" and that "the country should not be taken through that."

Citing the founding fathers, Starr said that impeachment should be reserved for such a serious act that two-thirds of a majority in the Senate believe removing the president is proper. Otherwise, "it's just the wrong way to go," he said.

Of course, impeachment did not trigger the removal of the president back in 1999. Tapper asked Starr if the Senate was just in refusing to remove Clinton.

"I think the system worked," Starr said. "How would I have voted as a senator? I think I would have voted to remove him. But I could understand full well the interest of the American people and then a significant number of senators who said 'this is not directly related enough to his conduct of the presidency. And that may happen here."

Ken Starr on whether he thinks President Trump will face impeachment: “I hope not … impeachment is hell. The country should not be taken through that” #CNNSOTU pic.twitter.com/0U5q3dwH20