Brett Kavanaugh didn’t rape 65 women: Great, but that proves nothing

Dozens of women who knew Kavanaugh say they never saw him rape anyone. As actual evidence, that's worthless 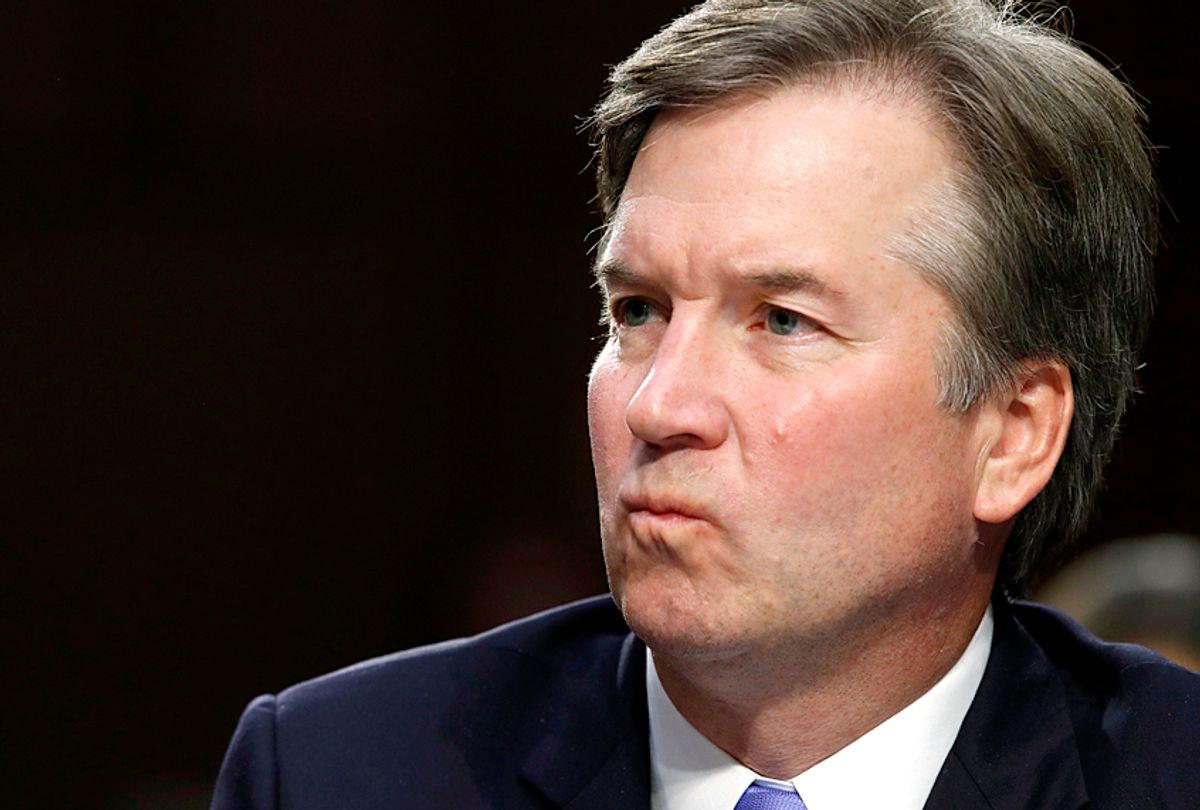 On the brink of Brett Kavanaugh’s likely confirmation to the Supreme Court, a California woman named Christine Blasey Ford has come forward and accused him of attempting to rape her in the early 1980s, when both were in high school. Sen. Dianne Feinstein, D-Calif., the ranking Democrat on the Judiciary Committee, apparently sat on Ford's letter of accusation for two months and released it only after the press got word of it.

Within 30 minutes of the story breaking, Judiciary Committee chair Sen. Chuck Grassley, R-Iowa, produced a letter from 65 women who said they had known Kavanaugh during that time and that he was “a good person” who “has always treated women with decency and respect.” (Politico reporters were only able to find two signatories to the letter who were willing to speak on the record, interestingly. Two other women declined to comment and more than "two dozen" others did not respond.) This letter is being put forward as though it proved or at least suggested that Ford’s allegations are untrue. But why?

It’s likely because of the monster rape myth – the myth that only monsters – psychotic, abnormal people – commit rape. The facts show that is simply not true. Rape and sexual assault are usually committed by friends, boyfriends and acquaintances, not some stranger with a weapon in an alley. These acquaintance rapes are therefore almost invariably committed by men who present themselves as good people.

Women, unsurprisingly, usually choose to spend time with and date men that they like and hold in some esteem. They don’t spend time with men who are clearly psychotic and violent. So the very traits that attract women to their rapists are the same traits that make them doubt themselves and ultimately decide not to go to the police. The rapist’s public persona also causes other people who know the rapist to defend him, using evidence that he has the exact positive traits that drew his victim to him.

It is therefore not surprising that Republicans defending Kavanaugh with testimonials that he is a good person. But the 65 women defending Kavanaugh go further and, essentially, call Ford a liar by stating that Kavanaugh never tried to rape them and that they never saw him rape anyone.  These defenses display another profound misunderstanding of what rapists are actually like.

Although some men do rape repeatedly, many men who have committed rape or sexual assault do not. Even the most prolific rapist, logically speaking, doesn’t rape every woman he suggesting come across. That would be like saying that Jeffrey Dahmer was clearly innocent because he didn’t eat me. Even the most prolific serial killers need to buy a magazine now and then. And how many times have we heard from neighbors who protest that the violent maniac they lived next to “was a nice person”? Is that evidence that he didn’t open fire on a crowd? No, it’s evidence that he was able to hide his darker side. Or maybe that his neighbors aren’t the most observant.

But rape is treated differently. For some reason, we ignore the fact that criminals can wear different masks and act out their darker impulses only when the situation is right -- when an opportunity presents itself, or can be carefully created. Most rapists, like other criminals, are opportunists. They drug women or use alcohol to get them more compliant. They keep an eye out for easy victims and situations with plausible deniability, where they can blame the woman for being drunk, flirting or wearing suggestive clothing. They go to a party, drink, select a victim, get their friend to help and turn up the music.

They don’t rape every woman they come across. Indeed, they don't rape the vast majority of women they meet. They can be “good people” in other contexts. People are complex.

So, women who support Brett Kavanaugh: Your letter means less than nothing to me. If a man had accused Brett Kavanaugh of cornering him at a party, having his friend hold him down, then beating him up and stealing his wallet, would 65 men come together in solidarity with statements that Kavanaugh could never have done such a thing because he didn’t do it to them? Would they even think of it? Would that be reported in the press? Would we care?

The statements of these 65 women shouldn’t be newsworthy, let alone evidence that Kavanaugh didn’t attempt to rape a woman while in high school. The fact is, we don’t know what happened. Maybe she’s lying, though that is statistically unlikely. Maybe Kavanaugh has changed, though his denial suggests strongly that he hasn’t. What I do know is that the allegations are extremely troubling and should be investigated. But any investigation should not take into account that there are women he did not rape. That’s not evidence of anything.