Republicans aren't worried the Kavanaugh hearing will backfire, because in 2018 the facts almost don't matter 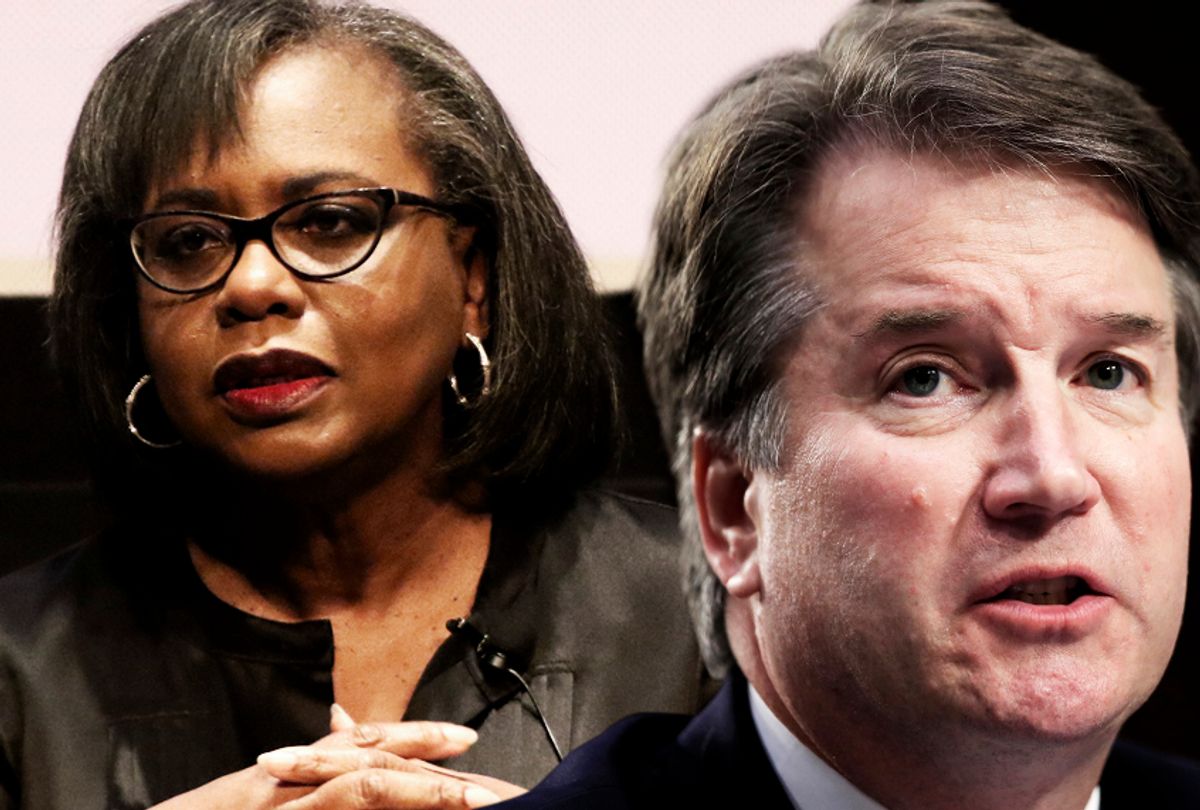 It was genuinely surprising, at least to most on the left, when the Republicans who run the Senate Judiciary Committee agreed to hold another hearing next week to assess the accusation of attempted rape made by psychology professor Christine Blasey Ford against Brett Kavanaugh, Donald Trump's Supreme Court nominee.

There's no way, of course, that Republicans are legitimately interested in getting to the truth of what happened between these two people 30-odd years ago. As Democrats have pointed out, if the committee majority really wanted to do that, it would authorize a thorough investigation rather than rush through a hearing. So the only plausible conclusion is that Senate Republicans believe this course of action will somehow be politically beneficial to them.

At first blush, that calculation seems ridiculous. The Republicans on the Judiciary Committee come off as a bunch of smug white men, and they've already started to say ugly things about Ford.  The likelihood that this hearing will become a spectacle of sexist condescension toward Ford is sky-high. Comparisons to the case of Anita Hill, who came forward during the 1991 confirmation hearings for Clarence Thomas, are flying fast and furious.

But there's good reason to believe that Republicans don't care if they come across as villains. This gulf between how conservatives and liberals view both the situation today and the Hill-Thomas hearings of  27 years ago is highly revealing.  For liberals, empirical truth matters quite a bit. But for the right, the truth is irrelevant, or nearly so; the only thing that really matters is power.

The Hill-Thomas hearings illustrate this divide. Over the past couple of decades, a historical narrative about that event has hardened not just on the political left, but also in the mainstream media: That the treatment of Hill and the confirmation of Thomas was a travesty, and one that caused women to revolt and reinvigorated the feminist movement. Nowadays, Hill is largely received as a hero, and has recently been interviewed by John Oliver, profiled by Rachel Maddow and published as an expert in the New York Times.

But Republicans don't view that event as a stain on their party. They see it as a victory. In their eyes, it's irrelevant that Hill was almost certainly telling the truth. They got Thomas seated on the Supreme Court, building a conservative majority against unions, human rights and corporate regulations. The verdict of history and the truth itself don't matter. All that matters is the conquest and consolidation of power.

What conservatives understand -- and liberals continue to struggle with -- is that power often matters more than the truth. Given enough power, truth can be stifled, denied, ignored or stigmatized. Republicans know that with a five-seat majority on the Supreme Court, they can rule that up is down and black is white. Truth withers in the face of power like that.

In 2004, Ron Suskind of the New York Times wrote a piece about the George W. Bush administration that quickly became legendary in political circles for an infamous quote from an anonymous administration official. The aide sneeringly told Suskind he belonged to "the reality-based community," made up of people who foolishly "believe that solutions emerge from your judicious study of discernible reality."

"That's not the way the world really works anymore," the aide added. "We're an empire now, and when we act, we create our own reality."

At the time, this quote was viewed as preposterous by many on the left, including myself. The utter failure of the Bush administration to will itself to victory in Iraq seemed to vindicate the belief that Republicans were drunk on hubris. Obviously, liberals are correct to say there are hard limits on how much reality can be denied. We generally don't see those who reject reality-based thinking declaring that they can fly and flinging themselves off buildings.

But on the whole, the conservative certainty that power will triumph over truth has a disturbing amount of, dare I say, empirical evidence to back it up. Donald Trump lies all day, every day, but he is powerful, so his opponents stand around, helpless to defeat him. Telling the truth and telling it again doesn't change the equation. Republicans control the reins of power. Republicans don't care about lies. Therefore lies win.

So liberals are right to perceive a strong chance that in the forthcoming Judiciary Committee hearing, Republican senators come across as a bunch of nasty misogynists, Ford reads as a sympathetic character and Kavanaugh comes across as a liar. Conservatives are right to think that it won't matter, because unless one or more Republican senators get cold feet, they have the power to seat Kavanaugh no matter what.

The hearing is there to provide cover. Even if Ford provides a compelling case or Kavanaugh is caught in a lie, it likely won't matter. Republicans will simply claim to believe that Ford is being untruthful or misremembering long-ago events, and the Trump base will claim to believe them.  All that really matters is creating short-term political cover to get Kavanaugh on the Supreme Court. Even if Kavanaugh is guilty, even if he perjures himself and even if Trump is later found to be guilty of crimes, conservatives won't much care. Even if history eventually settles on the liberal side, as it did with Anita Hill, it won't matter. As long as they hold that Supreme Court seat, Republicans won't care how they got it.

Remember, Republicans didn't turn on Trump, despite more than a dozen accusers and at least two tapes of Trump confessing to the very behavior women say he subjected them to. Trump's power matters more than the truth about his behavior. That's why conservatives are so incurious about the truth of Brett Kavanaugh's behavior. It simply doesn't matter to them. All that matters is power.