How Donald Trump benefitted from the 2008 recession

The president has gloated about how the global economic collapse would be good for him. 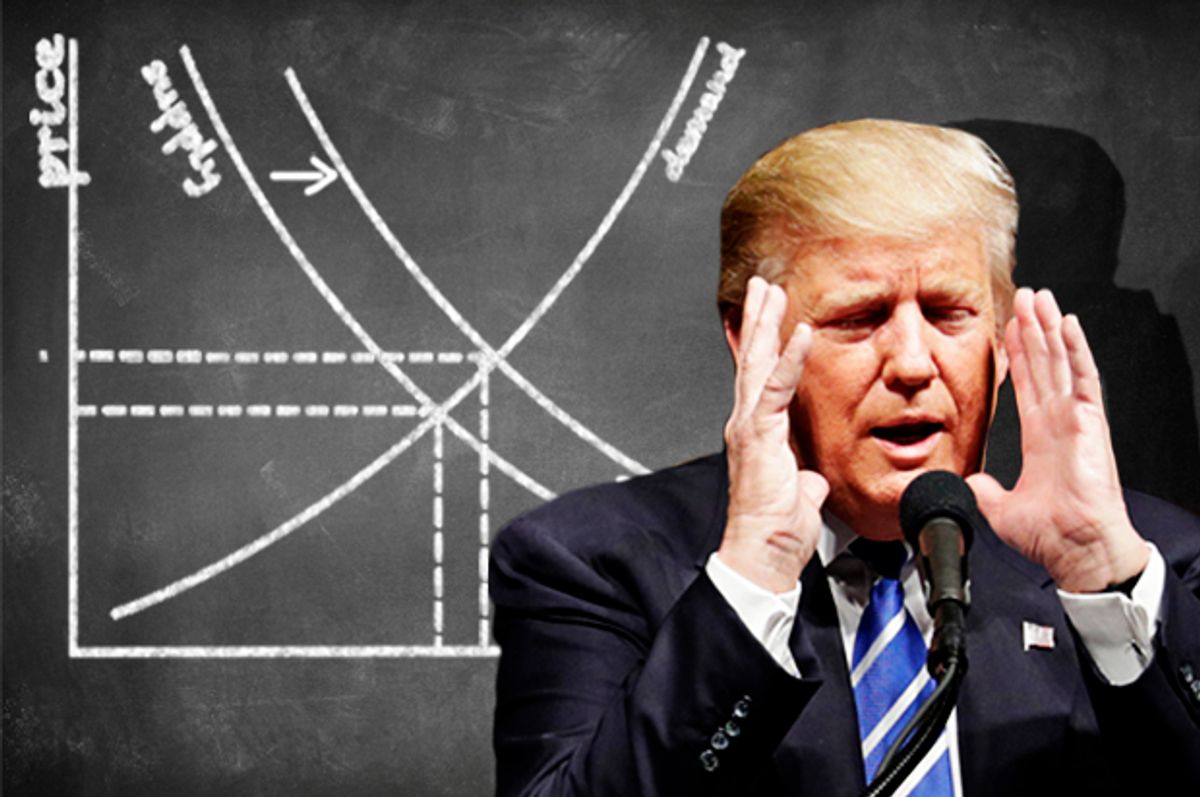 September 2018 marked the 10th year anniversary of the financial crisis, which roiled world markets and doomed several generations of Americans to financial insecurity.

As Politico reports, there are characters who benefited, mostly the associates of President Donald Trump. Starting with Treasury secretary Steven Mnuchin, members of Trump’s team profited handsomely from a crisis that left many destitute.

Politico reports that Mnuchin and other investors bought a failed thrift–with government aid—and sold it at a profit.

Commerce Secretary Wilbur Ross made a profit off the back of failed banks. Former White House economic adviser Gary Cohn bragged that when he helmed Goldman Sacks, he helped bring in $373 million in a single day.

President Donald Trump is also on the record gloating about how the global economic collapse would be good for him.

“People have been talking about the end of the cycle for 12 years, and I’m excited if it is,” Trump said in 2007. “I’ve always made more money in bad markets than in good markets.”

Politico highlights the discrepancy in how wealthy Trump associates and Trump himself experienced the crisis, compared to ordinary people.

“Trump’s 2007 comments underscore how elite players, including his current circle of financial industry stars, saw the debacle through a very different lens from ordinary Americans,” Politico writes. ‘And while personal financial ruin may have led many disillusioned voters to sweep Trump into office years later, his administration is filled with people who profited from the crisis and whose policies are shaped by that background, focused largely on market performance instead of the economic needs of workers.”