"Neither men or women were born with a gene to lie or tell the truth," the Harvard law professor says 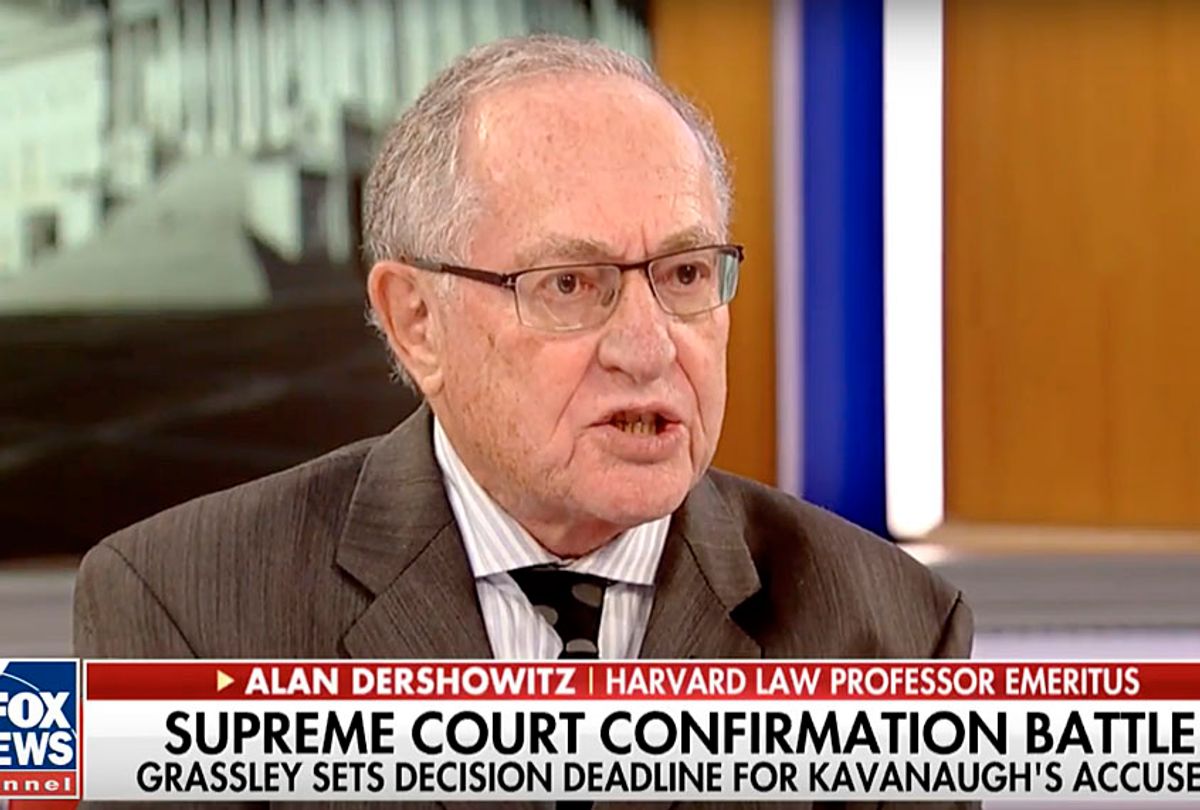 On Thursday, Harvard law professor and Fox News contributor Alan Dershowitz laid out the case for why Brett Kavanaugh should be confirmed to the Supreme Court despite allegations that he sexually assaulted Dr. Christine Blasey Ford when he was 17 and she was 15.

Dershowitz pointed out that it would be far too difficult to determine what happened that night. He noted that memory is unreliable, and neither men nor women are trustworthy narrators of events may have transpired decades ago.

“There are so many possibilities here,” Dershowitz said. “In the end, I think we’re going to be stuck with ‘he said, she said.’ I don’t think we are going to get very much more.”

He continued to cast doubt on the wisdom of taking Ford’s accusations into account when considering Kavanaugh’s confirmation.

“First, who do you believe when you have a situation like this? Neither men or women were born with a gene to lie or tell the truth,” he said.

He further pointed out that both sexes have spotty memories. “Women forget, men forget. These are very emotional issues,” he wrote.

On Tuesday, a psychiatrist writing in the New York Times explained why even though memory can be tricky, an assault survivor might maintain vivid memories many years later.

“Neuroscience research tells us that memories formed under the influence of intense emotion — such as the feelings that accompany a sexual assault — are indelible in the way that memories of a routine day are not,” writes Dr. Richard A. Friedman.

“That’s why it’s credible that Christine Blasey Ford, who has accused Judge Brett Kavanaugh, President Trump’s Supreme Court nominee, of sexually assaulting her when they were both teenagers, has a vivid recollection of the alleged long-ago event,” he continues.

“I thought he might inadvertently kill me,” she told The Washington Post in a recent interview. “He was trying to attack me and remove my clothing.”

He cites research that shows that heightened emotions generate a brain chemical surge that strengthens a memory.

“That is why you can easily forget where you put your smartphone or what you had for dinner last night or last year. But you will almost never forget who raped you, whether it happened yesterday — or 36 years ago,” he writes. ‘There’s very little chance that you are, as some senators suggest Dr. Blasey is, “mixed up” or “confused.”