Sample return missions like Hayabusa2 are rare, and mark a historic moment for human space exploration 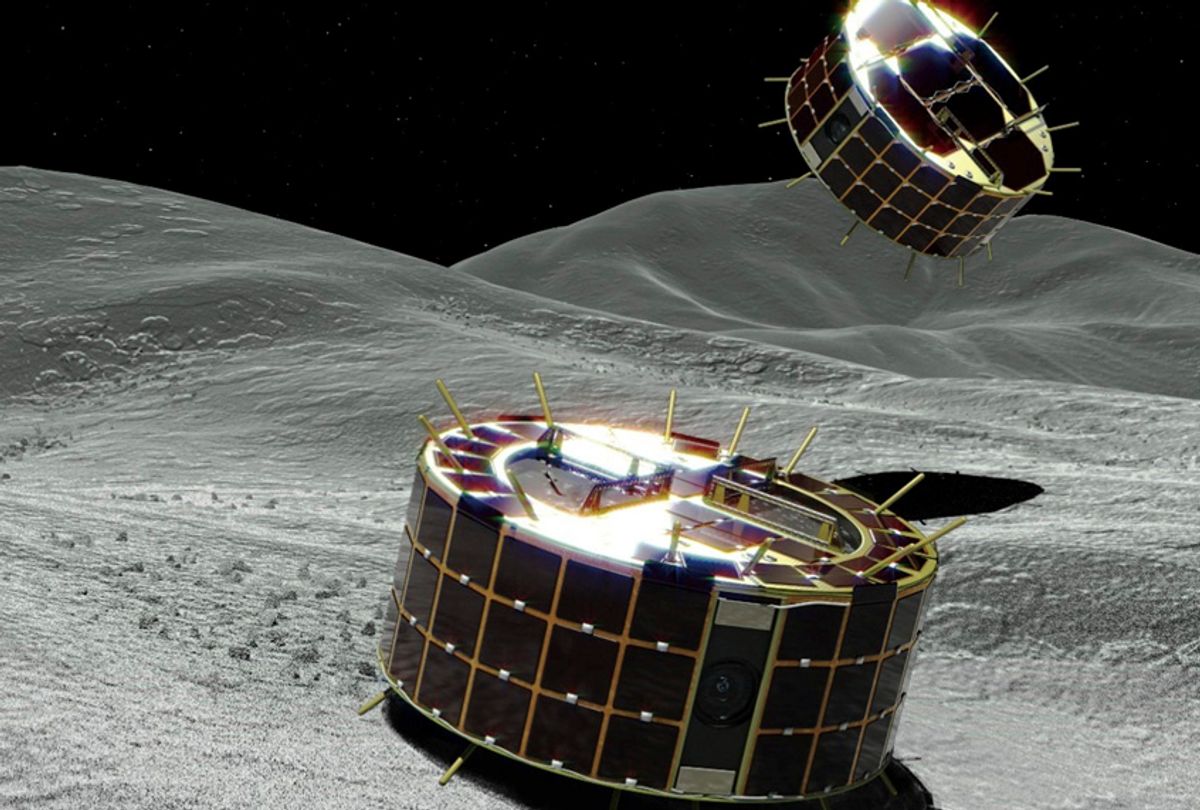 Today, Friday, September 21, marks one small step for man, one giant leap for robotkind. That's because today, the Japanese Hayabusa2 probe completed the next phase of its mission, which involved landing two rovers on the surface of a 1 kilometer wide asteroid called Ryugu. Assuming all goes according to plan, those rovers will eventually bring samples of the asteroid back to Earth.

The Hayabusa2 mission will provide Earth scientists with groundbreaking information about our solar system and Earth’s evolution, but it is also both novel and historic for being a sample return mission. Sample return missions are rare in human space exploration; it is much easier and cheaper to visit an extraterrestrial body via a one-way observational mission than it is to plan a two-way sample return. The only non-Earth bodies from which spacecraft have successfully collected and returned samples are the Moon, asteroid 25143 Itokawa and comet Wild 2.

Early on Friday, Japan's space agency (JAXA) announced they were about to discharge the two rovers — MINERVA-II1A and MINERVA-II1B — to Ryugu.

“The altitude display for the spacecraft has finally dropped to about 100m,” JAXA officials tweeted right before the rovers were released. “In the control room, you can hear the sound of deep breaths around the room.”

Following the separation of MINERVA-II1, the rover captured a photo of its shadow as it hovered about 80 meters from Ryugu’s surface, an image that can accurately be described as otherworldly. Note the shadow of the spacecraft on the surface of Ryugu:

As of Friday morning on the U.S. east coast, JAXA officials believed both rovers achieved successful landings, but were still waiting for a confirmation.

"We don't have confirmation yet, but we are very, very hopeful," project manager Yuichi Tsuda said, via BBC.

The plan is for both rovers to hop and float around in Ryugu's low-gravity atmosphere, using  motor-powered internal rotors, and capture data such as temperature and images of the surface.

"I am looking forward to seeing pictures. I want to see images of space as seen from the surface of the asteroid," Tsuda told the BBC.

Hayabusa2 has been on a long journey to get to where it is today. In June 2018, the spacecraft successfully rendezvoused with Ryugu, a 186.4 million-mile journey that took about 3.5 years. Sample collecting won’t occur until October, when a separate lander named Mascot is expected to descend to Ryugu’s surface and collect rocks and soil. Following Mascot's landing, JAXA plans to use an explosive detonation to form a crater in Ryugu’s surface, to expose rocks that have not been weathered away at by the harsh environment of the vacuum of space.

READ MORE: Seed diversity is disappearing — and 3 chemical companies own more than half of all seeds

Previous missions to asteroids include NASA’s NEAR Shoemaker, which collected samples from an asteroid named Eros in 2001. (Unlike Hayabusa2, NEAR Shoemaker was not a sample return mission, however.) Eros is an S-type asteroid — short for silicaceous asteroid — which means it orbits the sun and is mostly composed of nickel-iron rock. Ryugu is thought to be different, a C-type or carbonaceous asteroid— in other words, containing largely carbon. Remote studies of samples from NASA’s NEAR Shoemaker have provided scientists with a better understanding of how asteroids like Eros are linked to meteorite samples found on Earth.

Those in the astronomy community are elated by this week’s development.

“The Hayabusa2 mission is another big step forward to our understanding of asteroids and their role in our solar system and the evolution of life,” Danica Remy, president of the astroid-detection nonprofit B612 Foundation, told Salon in an email. “We are excited for the work of Hayabusa2 team, who have been committed members of the Asteroid Day global education movement.”