Maddow on Kavanaugh claims: “There is no statute of limitations for a felony like this in Maryland"

Even if confirmed, Maddow claims “there would remain the possibility—indefinitely” that Kavanaugh could be charged 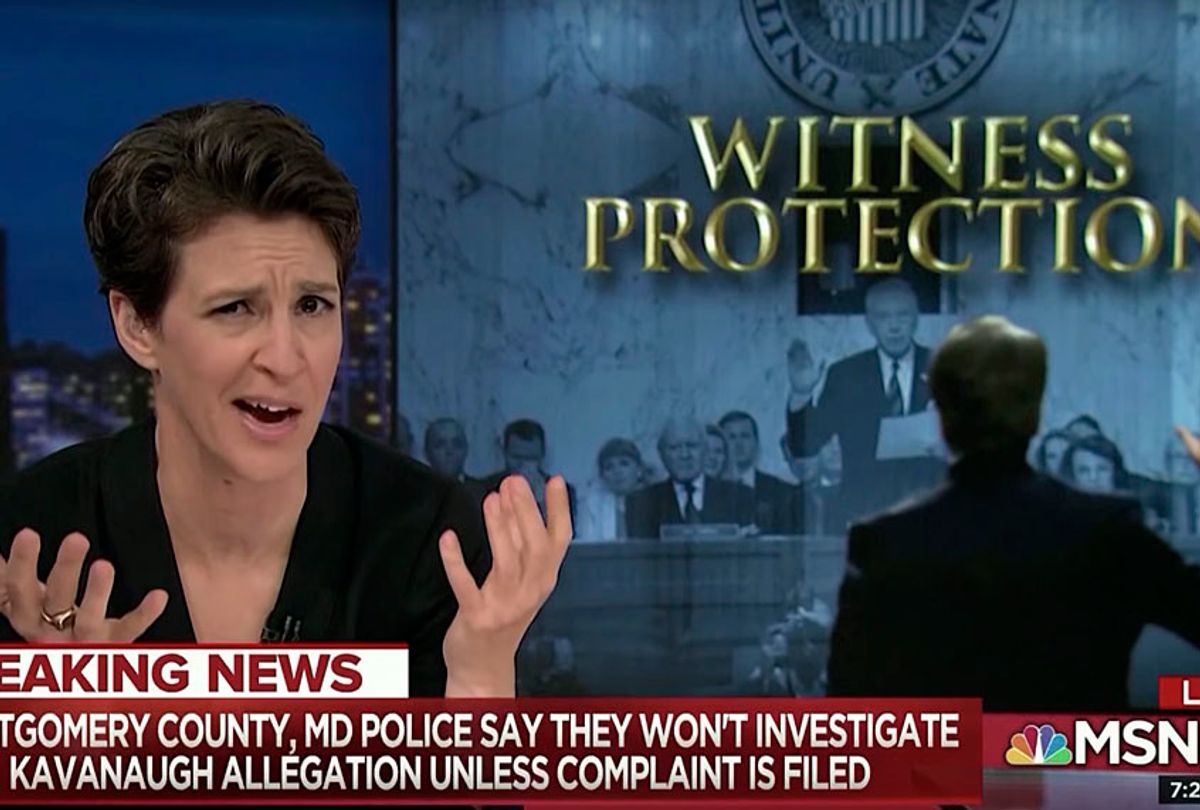 What would happen if Republicans in the Senate push through the nomination of Brett Kavanaugh, seating him on the Supreme Court in time for the new court term that begins on October 1, only to have a later investigation find that more evidence of his alleged violent sexual assault of Dr. Christine Blasey Ford?

MSNBC host Rachel Maddow took on that topic on Thursday night, and explained how even if Kavanaugh makes it through the confirmation process he could still be removed from the bench and thrown in jail for the assault.

“There is no statute of limitations for a felony like this in Maryland,” Maddow said of the state where Kavanaugh’s alleged sexual assault took place. “Local authorities in Montgomery County, Maryland now say that while this allegation does pertain to their jurisdiction, the reason they have not opened a criminal investigation of this mater is because they have not received a criminal complaint of the alleged victim in this case—I don’t know that it will always be this way.”

Even if he was confirmed, Maddow said “there would remain the possibility—indefinitely” that Kavanaugh could be charged.