Have Joe Biden and the Senate really learned the lessons of Anita Hill?

"She should not have to go through what Anita Hill went through," former veep said of Brett Kavanaugh's accuser 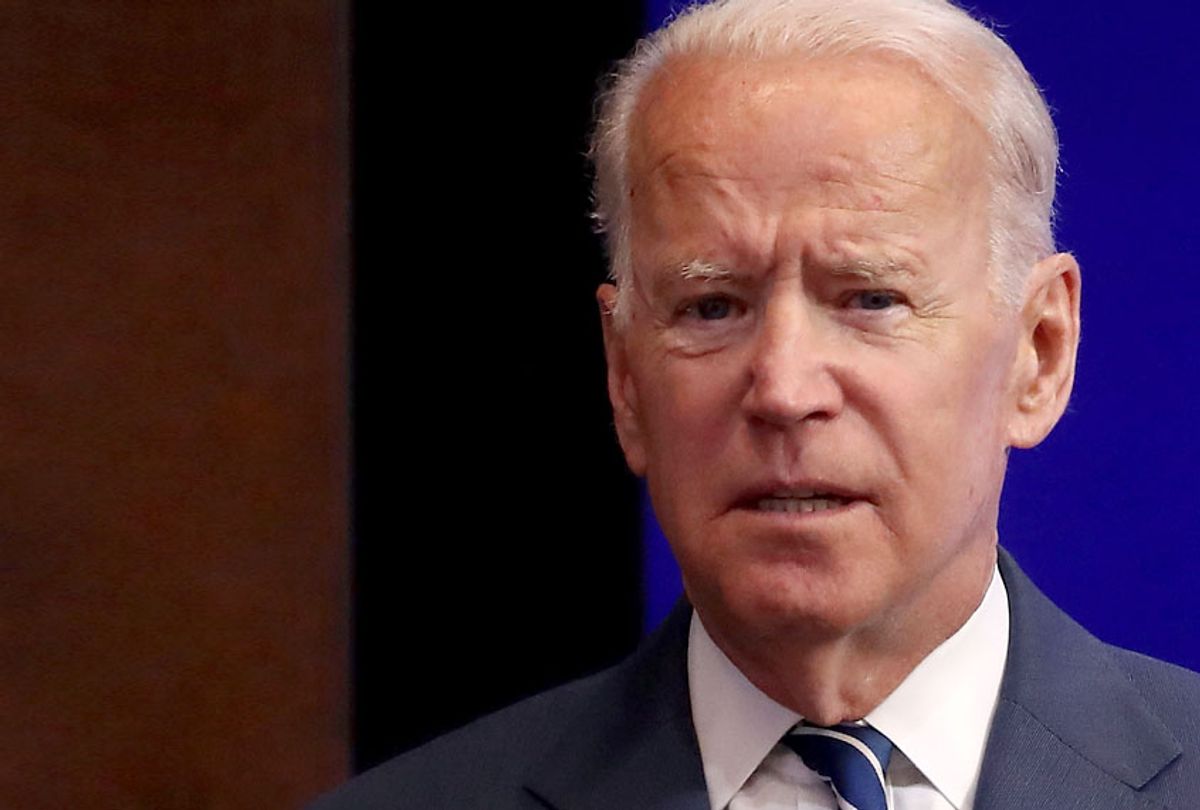 Former Vice President Joe Biden, who was chair of the Senate Judiciary Committee in 1991, when Anita Hill accused then-Supreme Court nominee Clarence Thomas of sexual harassment, recently weighed in on how to assess the sexual assault allegation against Brett Kavanaugh. "I think they should do an FBI investigation. We did that for Anita Hill, it took two days," Biden said, during an interview with NBC's "Today."

"Most importantly," he added, "Anita Hill was vilified when she came forward by a lot of my colleagues — character assassination. I wish I could have done more to prevent those questions and the way they asked them. I hope my colleagues learn from that."

The sexual misconduct accusations leveled at Thomas 27 years ago have been invoked consistently ever since Christine Blasey Ford has come forward to accuse Kavanaugh, President Trump's current high court nominee, of sexual assault when both were teenagers in the 1980s. Those on the right have used Hill's testimony against Thomas as proof that the Democrats have deployed sexual misconduct allegations before to "derail" a conservative Supreme Court nominee. Many on the left, on the other hand, see the alleged assault as an embodiment of what Kavanaugh's appointment would mean for women's rights and safety.

As Biden expressed, the question is: How will this time be different? Ford has said she wants to testify, although her lawyers have made clear that she won't be ready to do so in time for the special Judiciary Committee hearing scheduled by Republicans for Monday. But Ford's attorneys suggest she is open to testifying later next week, and at this writing that seems a likely resolution.

As of Friday afternoon, Ford's lawyers are reportedly still negotiating with Judiciary Committee staff over the conditions for Ford's testimony. Among her requests are that Kavanaugh not be in the room when she testifies, that the committee provide her with "appropriate security" -- she has received a barrage of death threats, according to her lawyers -- and that Mark Judge, the other person Ford says was in the room while the assault took place, be subpoenaed.

Anita Hill, who is now a professor at Brandeis University, wrote an op-ed for the New York Times this week, also cautioning lawmakers to learn from their treatment of her during the confirmation hearing nearly three decades ago.

"In 1991, the Senate Judiciary Committee had an opportunity to demonstrate its appreciation for both the seriousness of sexual harassment claims and the need for public confidence in the character of a nominee to the Supreme Court. It failed on both counts," she wrote. "Today, the public expects better from our government than we got in 1991, when our representatives performed in ways that gave employers permission to mishandle workplace harassment complaints throughout the following decades."

During Thomas' confirmation hearing, Hill testified that he had sexually harassed her when she worked for Thomas at the Department of Education and the Equal Employment Opportunity Commission. As chairman of the committee, Biden declined to call additional witnesses who were willing to testify in support of Hill's account, and she was probed intensely about her experiences during the hearing by the panel of 14 white male senators.

Thomas, whom Biden allowed to testify both before and after Hill, denied the accusations and famously described the ordeal as a "high-tech lynching," even though Hill is also African-American. He was confirmed by a narrow vote of 52-48 and has now served on the Supreme Court for 27 years.

Biden has been widely criticized for his mistreatment of Hill and his mishandling of the sexual harassment accusations. The former vice president told NBC that he regretted not being able to do more. "Under the Senate rules I can't gavel you down and say you can't ask that question, although I tried," he said, when Republican senators grilled Hill about her character. "And so what happened was she got victimized again during the process. I believed her when she came forward, I encouraged her to come forward. We were in a position where we got the FBI to do an investigation and I voted against Clarence Thomas."

NBC's Craig Melvin said to Biden, "It seems like you get it now, versus back in '91." Biden responded: "I think I got it in '91," adding that he was a principal author of the Violence Against Women Act, enacted several years later.

It's not the first time Biden has expressed regret for the way Hill was treated during the confirmation hearing. On Monday he told reporters that he believed Hill from the beginning and that no matter the circumstances, whenever a woman steps forward to accuse a powerful man of sexual violence, it's "like jumping into a cauldron."

Biden is clearly considering running for president in 2020 and in the era of #MeToo, he will likely be asked regularly about his handling of Hill's accusations. Whether suggesting that he "tried" to give Hill a fair hearing will be enough for Democratic primary voters is an unanswered question.

Jill Biden joined her husband for the interview and on the topic of his potential candidacy, told him, "Joe, you would make a great president." But the former vice president remained coy about his political plans, saying instead, "I desperately want to change the landscape and there's more than one way to do it."

Ford's lawyers reportedly told committee Republicans on Thursday that the only "deal breaker" in negotiating the terms of her testimony is that she is not willing to appear on Monday. That marks significant movement on Ford's part, since she had previously requested that an FBI investigation precede her testimony. Republicans on the Senate Judiciary Committee have sent Ford a counter-offer, according to USA Today, saying they are willing to move the hearing to next Wednesday -- a day earlier than Ford's attorneys suggested -- and have agreed to her requests for security measures and that Kavanaugh not be present during her testimony. They have not agreed to let Ford testify second, arguing that Kavanaugh must be permitted to respond to her claims.

Kavanaugh, who denies the sexual assault allegation, has said he is willing to return for further testimony, but has not joined in Ford's request for an FBI investigation.

Ford "should not have to go through what Anita Hill went through," Biden said.

"I'm sorry I couldn't have stopped the kinds of attacks that came to you," he added, this time speaking directly to Hill. "But I never attacked her. I supported her. I believed her from the beginning."

Over the coming week, the evolution of the Senate and the limits of the #MeToo movement may well be revealed. Yet whatever does or does not happen in Kavanaugh's confirmation process does little to address the evident power imbalance between a Supreme Court nominee who has the strong support of the president and the Republican majority on Capitol Hill and a lone female accuser.

Hill made clear in her op-ed that beyond this single allegation, the Senate needs to implement a "fair, neutral and well-thought-out" protocol to vet sexual misconduct allegations against judicial nominees, and there is no more time to waste. "In 1991, the phrase 'they just don’t get it' became a popular way of describing senators' reaction to sexual violence," she wrote. "With years of hindsight, mounds of evidence of the prevalence and harm that sexual violence causes individuals and our institutions, as well as a Senate with more women than ever, 'not getting it' isn’t an option for our elected representatives. In 2018, our senators must get it right."