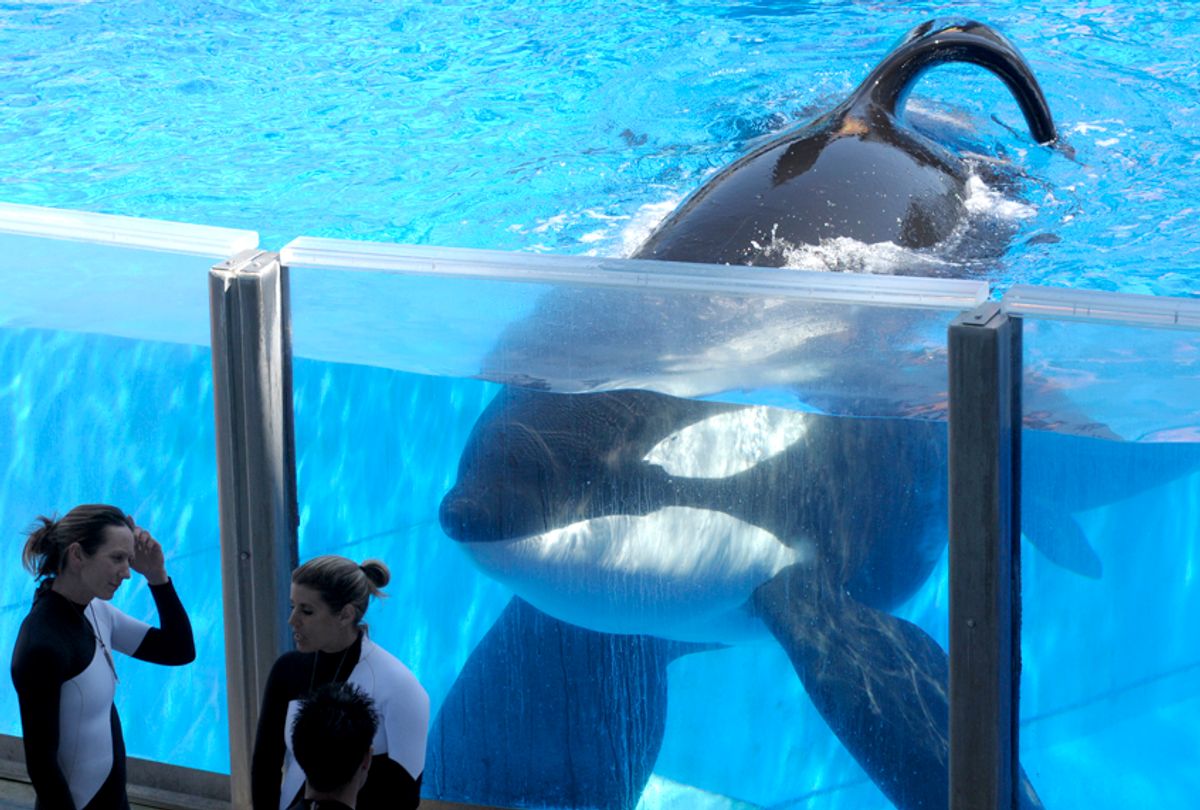 Over five years after its premiere, Gabriela Cowperthwaite’s wrenching documentary “Blackfish” is continuing to impact SeaWorld. Deadline reports that the company and former CEO James Atchison “have agreed to pay more than $5 million to settle federal charges that they covered up the negative impact of the documentary film ‘Blackfish’ on the company. … Without admitting or denying wrongdoing, SeaWorld agreed to a $4 million fine. Atchison agreed to pay more than $1 million in fines and ‘disgorgement,’ the legal term for the surrender of ill-gotten gains.”

Cowperthwaite’s film premiered at Sundance in 2013, where it stunned festival audiences, and was subsequently shown repeatedly on CNN, reaching millions of viewers who previously had little idea what actually happened at the marine animal parks. Despite numerous attempts to refute Cowperthwaite’s claims, SeaWorld was unable to turn the tide back as both celebrities and regular park-goers alike made their disdain clear, either by visibly boycotting the parks or by simply not going.

But federal charges claim that SeaWorld attempted to cover up that fallout however, and as Deadline notes, “From December 2013 to August 2014, according to the Securities and Exchange Commission, the company downplayed the film’s negative impact on attendance at its parks. Atchison avoided $730,860 of losses, the SEC said, by selling stock in SeaWorld stock in the first quarter of 2014. He quit as CEO in 2015.”

In January of last year, Tilikum the orca whale, the embattled SeaWorld resident and subject of “Blackfish,” passed away at the age of approximately 36 years old.

“This case underscores the need for a company to provide investors with timely and accurate information that has an adverse impact on its business. SeaWorld described its reputation as one of its ‘most important assets,’ but it failed to evaluate and disclose the adverse impact ‘Blackfish’ had on its business in a timely manner,” said Steven Peikin, Co-Director of the SEC Enforcement Division, in an official statement.

Last year, Cowperthwaite spoke to IndieWire about the ongoing impact of her film. Back then, SeaWorld made waves when it announced it was stopping its live shows, though Cowperthwaite said, “They think of themselves as masters of spin. They’re not stopping the shows at all; they’re repackaging them. Instead of the obnoxious jumping shows, there’s more tasteful, less over-the-top music — probably birds chirping where you used to hear really loud techno music. It’s designed to make people feel better about sitting through a show. But the killer whales are still performing acts; they’re not as egregious, but they’re performing little tricks, and they’re still swimming around in concrete tanks.”

The filmmaker did, however, note at least one positive change since the film was released: the end of SeaWorld’s breeding program. “It was one of the more inhumane practices happening at SeaWorld,” she said. “The amount of miscarriages, the moms being killed — you can’t even imagine some of these stories of overbreeding. Then they separate the calves from the moms. That came with their new management. Their new CEO decided to do that under great duress. People were saying, ‘We can’t kowtow to this movie and this movement’; he was like, ‘We have to.’ That was the most reasonable thing they’ve done since the movie came out.”