These LEGO-compatible drones make a great gift for anyone 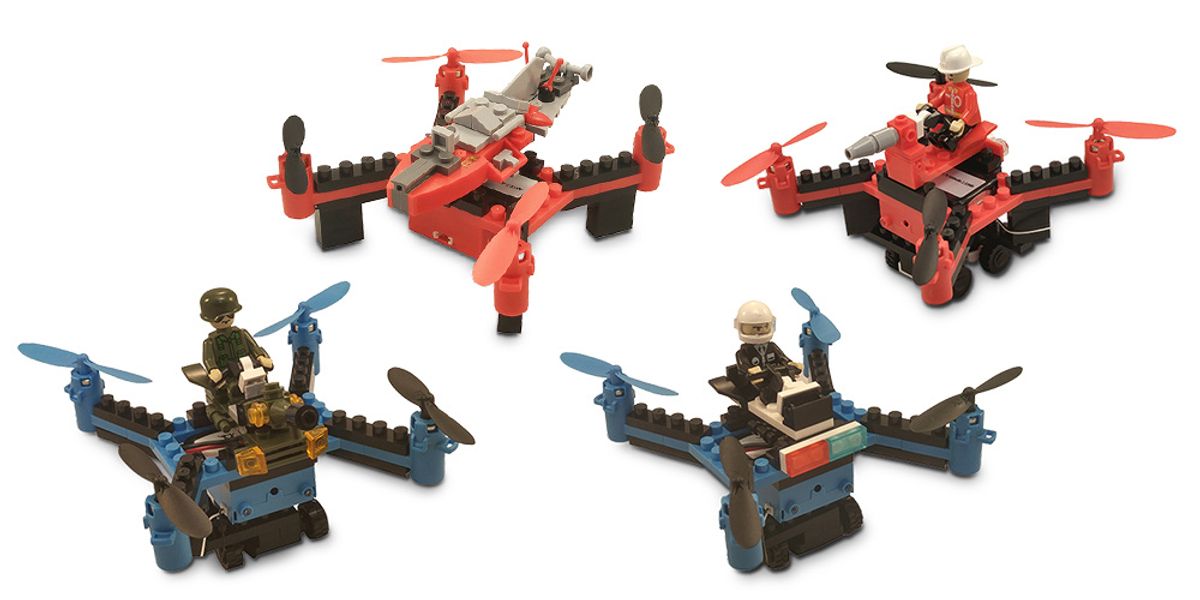 Whether it’s Amazon testing delivery methods or pesky neighborhood kids peeking into your backyard with their new toys, drones are a force to be reckoned with after skyrocketing in popularity over the last few years. However, the flying fun isn’t just for massive conglomerates or grade schoolers looking for a hobby: drones rely on STEM skills like aerodynamics, weight load ratios, and lift tolerance to take flight. The Force Flyers DIY Building Block Drone set is a LEGO-compatible gift that turns you (or a lucky friend or kid) into an engineer.

The Force Flyers DIY Building Block Drone uses classic LEGO blocks to customize your toy. You can zip through tight spaces with digital proportional control and a six-axis gyro (a type of stabilization that allows for much faster correction than a three-axis system). The drone is engineered with additional auto-stabilization for a smoother flight, and crash-resistant plastic means you can pull 360-degree flips without breaking a sweat.

The Force Flyers DIY Building Block Drone is available in four fun varieties: Standard, Police, Firefighter, and Army. Best of all, each option is only $42.99 for maximum fun in an affordable package —and since it's compatible with all LEGO blocks, you can add Star Wars characters while you sneak in some fun learning with your kids.