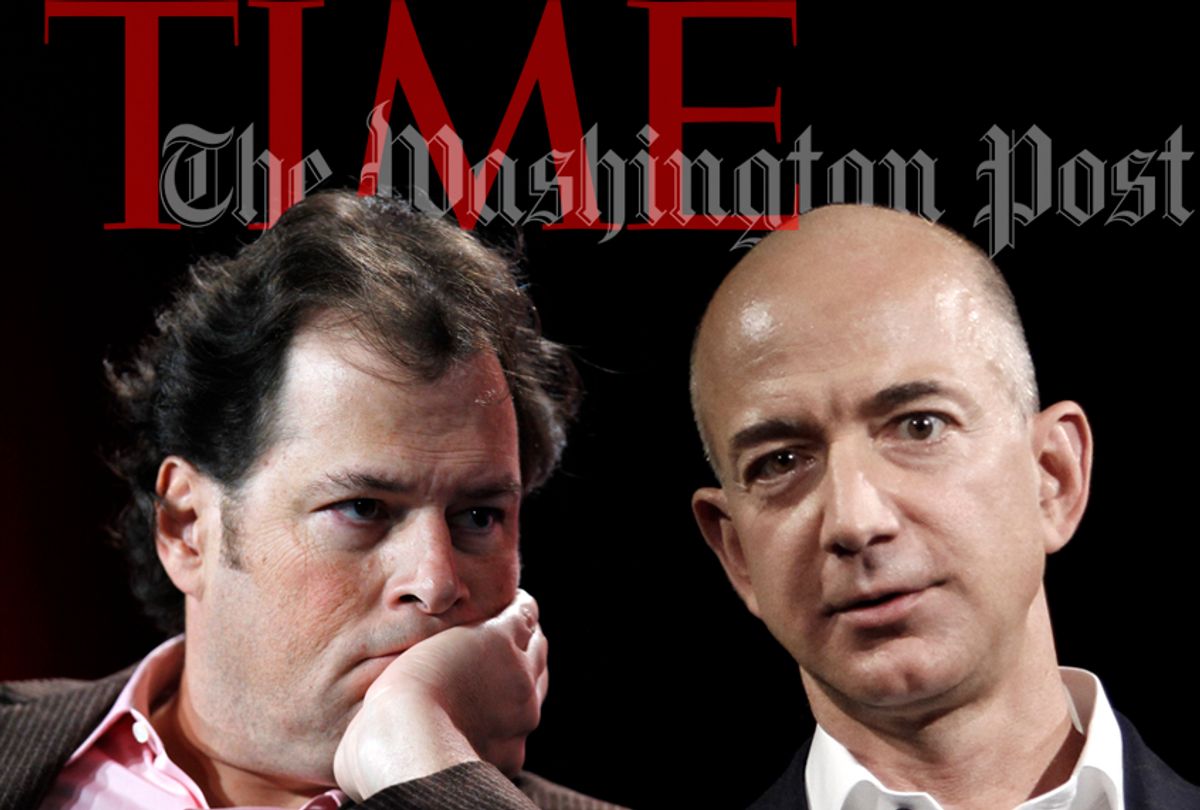 The announcement that Time magazine would be bought by software CEO Marc Benioff highlighted the growing trend of billionaires buying up media outlets. While media moguls have always been wealthy — with press barons (Rupert Murdoch, Michael Bloomberg, Donald Newhouse, etc.) still well-represented on Forbes’ running list of the world’s billionaires — what distinguishes this new breed of press magnate is that they bought their media properties with fortunes made in other industries.

Some, like Benioff, come out of the tech industry; tech tycoons like Amazon’s Jeff Bezos, eBay’s Pierre Omidyar and Steve Jobs’ widow Laurene Powell Jobs have profited from a tech boom (or bubble) that gives them plenty of cash to spend. Others come out of the financial sector, which has doubled its share of the U.S. economy over the past 70 years. Real estate developer Mort Zuckerman — who owned The Atlantic from 1980 to 1999 and the Daily News from 1993 to 2017, and still owns US News & World Report, which he bought in 1984 — was a harbinger of non-media money coming into the media sector.

Wherever their money comes from, the new moguls’ interest in buying up outlets is generally less the direct profit involved — media profits are typically declining as the old local monopoly model erodes — and more the power that comes with control of the public conversation. Being a latter-day Citizen Kane is a personal ego boost, to be sure, and provides a platform for an individual ideology — whether it’s Philip Anschutz’s social conservatism or Omidyar’s civil libertarianism.

But it also can be a tool to advance more personal interests: Sheldon Adelson is a fervent supporter of Israel and its Likud Party, but he bought a Las Vegas paper when it was running critical coverage of a lawsuit that threatened to shut him out of the gambling business. Bezos’ purchase of the Washington Post instantly made him the most powerful media figure in the nation’s capital — a handy position to be in when your company is seeking multi-billion-dollar government contracts.

Whatever the motivation, billionaires buying up media is another step toward oligarchy, as a handful of super-wealthy individuals assume power over crucial news outlets, both locally and nationally.

DeRay Mckesson on making change beyond the protest