"Breaking Bad": Bryan Cranston on how one of the show’s most tragic deaths still haunts him

At the Tribeca TV festival, the actor and producer revealed just what kind of vulnerability he puts into his work 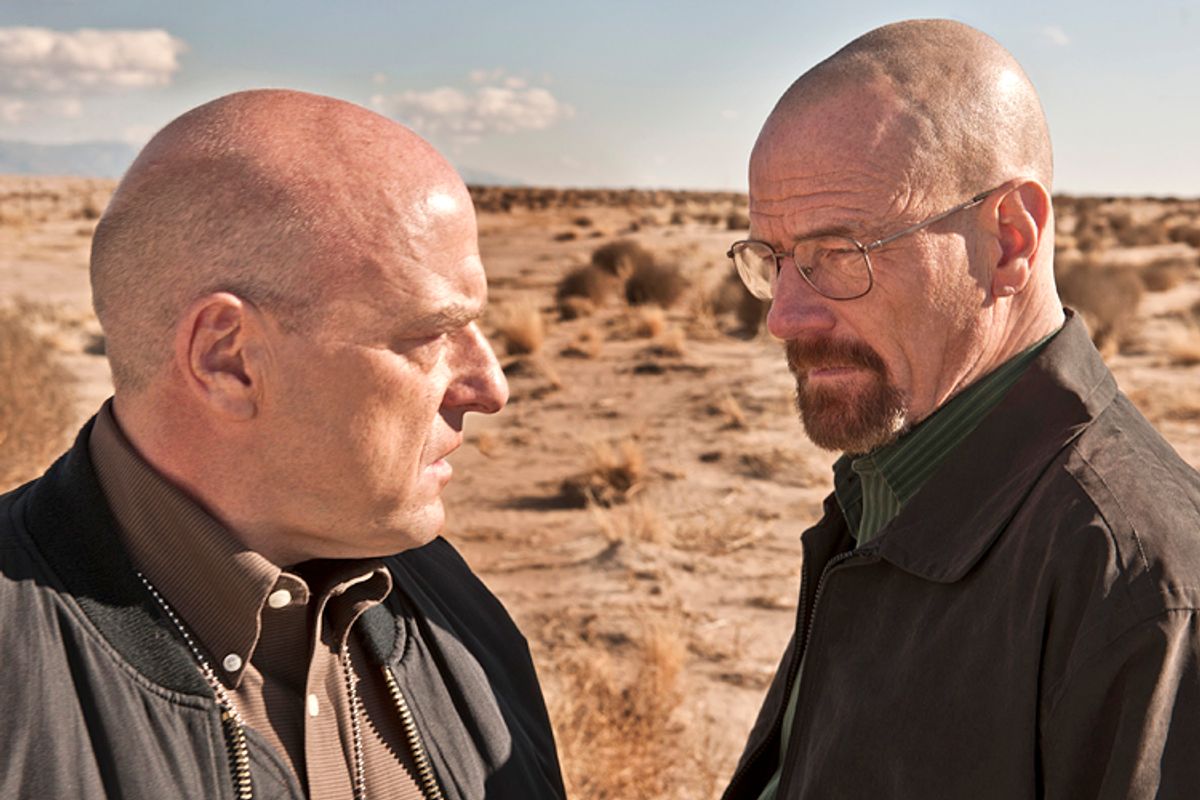 The Season 2 death of Jesse’s girlfriend Jane (Krysten Ritter), choking on her own vomit as Walter White watches, is one of the most memorable and devastating scenes ever shot for “Breaking Bad” — and filming it nearly broke Bryan Cranston.

Speaking as part of Tribeca TV’s Tribeca Talks series, Cranston revealed to the crowd and moderator David Edelstein that as an actor, there can be real emotional risk to performing some of the extremely heavy scenes he’s been tasked with over his career. “There are times when you’re acting and you get caught in a spiral of emotions. It’s like an eddy and you keep swirling and swirling,” he said.

Read more IndieWire: ‘Better Call Saul’s’ Major Season 4 Cameo on Bringing a Taste of ‘Breaking Bad’ Back to the Show With Song

And Jane’s death was just one such example. According to Cranston, the original version of the scene written by series creator Vince Gilligan was far darker than what was filmed — in the first draft, he said, “she starts to cough and she’s on her side, and Walt looks at her, and pushes her shoulder so she’s on her back — essentially killing her.”

The network and studio reaction to that twist, he added, was negative, because “they thought that would turn [Walt] too soon.” So Gilligan tweaked the scene so that instead of Walt pushing Jane, her own coughing flips her onto her back, and Walt does nothing.

Well, that’s not exactly true: He runs to her side of the bed, before freezing with hesitation. It’s a moment Cranston prepared for by literally writing a pros and cons list for why Walter White would want to save Jane or let her die. (He used a pencil and pad of paper, as the tactile experience is more helpful for him.)

“One of the things that I wrote, aside from ‘she’s going to kill Jesse and ruin our lives and she’s a junkie anyway’… There were a significant amount of pros, and one of them is that she’s a young girl and she could be my daughter,” he said. And it was a thought that haunted him in the actual filming of the scene.

With no dialogue, Cranston performed the scene, his pros and cons list rushing through his head, “and all of a sudden Krysten Ritter, doing a lovely job acting her heart out off-screen, choking on the mushroom soup that we gave her… in a split second her face lost all characteristics, and out of that came the face of my real daughter choking to death.”

In telling the story, Cranston’s voice broke up a bit. “Even as I say it now, I get a little choked up about it because as a parent, that’s the only thing that scares me. That’s the risk — there’s my daughter choking to death and it scared the hell out of me,” he said.

Read more IndieWire: ‘Valley of the Boom’ Creator and Cast on Telling the True Story of the Internet With Crazy Weird Twists

Once they called cut, “everyone’s going, that’s great. And I’m a weeping mess. Fortunately, you have your family around you, and I went to Anna Gunn and she held me.”

Much of the Tribeca conversation focused on Cranston’s origins as the son of divorced parents, followed by a troubled adolescence before eventually discovering acting. In fact, he earned the nickname “Sneaky Pete,” he said, “because I was a sneaky kid… I’m trying to sneak around and avoid responsibility and accountability. Now fast forward many years later — I’ve created a show on Amazon called ‘Sneaky Pete’ that’s doing well.”

Co-created by David Shore, “Sneaky Pete” focuses on a con man (Giovanni Ribisi) who takes on a new identity following a stint in prison. “That character was where I was headed if I didn’t find something I felt passionately about,” Cranston said. Acting, it’s clear, filled that niche.