For centuries, insider accounts have chipped away at ruling regimes — sometimes toppling them

Since the Byzantine era, anecdotes about the mishaps of rulers have been compiled, shared and published 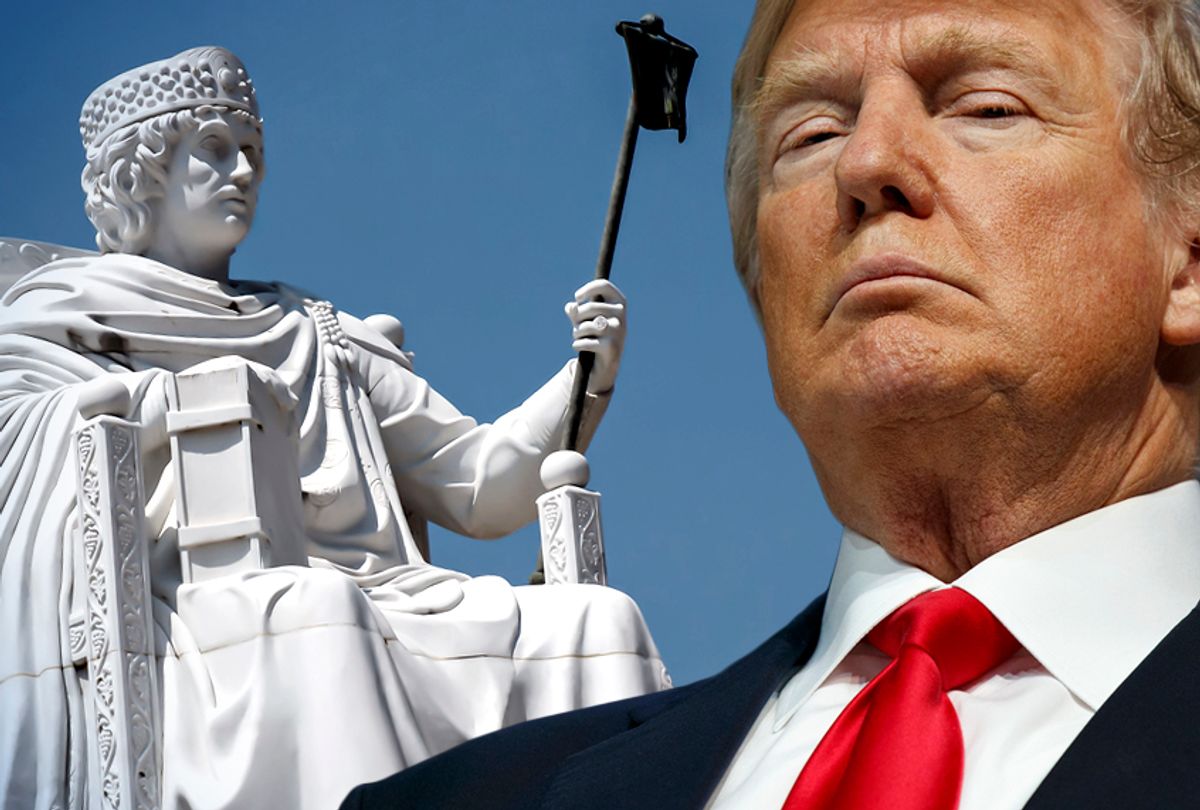 Like Michael Wolff’s “Fire and Fury: Inside the Trump White House,” it portrays President Donald Trump as an “emotionally overwrought, mercurial and unpredictable leader,” whose senior staff struggle to contain his most dangerous impulses.

This same view of Trump was reiterated in a Sept. 5 anonymous New York Times op-ed, which, as Nebraska Sen. Ben Sasse observed, is “just so similar to what so many of us hear from senior people around the White House, you know, three times a week.”

But whether “Fear” tells us something new matters less than the fact that the book is yet another broadside against Trump’s image. It adds more fuel to the suspicions many have about the president’s behind-the-scenes behavior.

In fact, Woodward’s “Fear” – together with Wolff’s “Fire and Fury,” Omarosa Manigault’s “Unhinged” and the anonymous op-ed – is part of a long tradition of political “secret histories,” a genre that recounts salacious and scandalous details about the dealings, relationships and temperaments of those in power. It’s a practice that goes back centuries, and it’s one that my co-editor and I explore in our book “The Secret History in Literature, 1660-1820.”

Secret histories tend to take two forms. There is the plain-spoken, just-the-facts approach, similar to Woodward’s “Fear.” Then there are novelistic accounts with major figures depicted using pseudonyms, as in “Primary Colors,” a lightly fictionalized dramatization of the Clinton White House.

But the secrets unveiled in these works usually don’t come out of nowhere. Instead, they contain anecdotes that have long been whispered or suspected. The goal of secret histories is to emphasize embarrassing stories about a ruler or government — to propel the drumbeat of negative coverage in order to strengthen the opposition and, in some instances, to even topple governments.

Secret histories date back at least to the sixth century, when the military historian Procopius wrote down sordid anecdotes about Byzantine Emperor Justinian and his wife, Theodora, in a work that became known as “Anekdota,” which translates to “unpublishable things.” Ten centuries later, it appeared in Latin as “Historia Arcana,” or “Secret History.”

As a military historian, Procopius had helped create the myth of Justinian’s greatness in his eight-book treatise “The Wars of Justinian.” But in his “Anekdota,” Procopius finally told the ugly backstory of Justinian’s reign: his lust, his seizure of others’ property, his petty vengefulness and his persecution of non-Christians. The work was almost certainly circulated in manuscript scroll among Justinian’s enemies. While it probably damaged his standing, Justinian was nonetheless able to retain his grip on power.

After French and English translations of Procopius’ “Anekdota” appeared in 1669 and 1674, secret histories in the same style began to appear about King Charles II of England.

These tended to focus on his mistresses — particularly the infamous Duchess of Cleveland, who manipulated Charles for over a decade, persuading him to grant her land and money and bestow titles of nobility on their illegitimate children.

These reports, which read like tabloid-style gossip, were never just about sex.

Readers of one account, titled “The Amours of the King of Tamaran,” likely realized that if the king could be duped and controlled by his powerful mistress, he was also susceptible to being influenced by England’s adversaries.

Indeed, he was: Another secret history, Andrew Marvell’s “Account of the Growth of Popery and Arbitrary Government in England,” described the backstory of the Secret Treaty of Dover, in which Charles II accepted large sums of money from the French king in exchange for promising to return England to Catholicism.

These publications didn’t bring down the politically skilled Charles II, who was glad to take Louis XIV’s money but savvy enough to decide against changing his country’s religion.

They did, however, sow suspicion towards Charles II and his family. After Charles II’s death, his openly Catholic younger brother, James, ascended the throne in 1685, instilling fear that England would return to Catholicism. Seven Englishmen wrote to Prince William of Orange – who was a Protestant – pleading that he invade England. In the Glorious Revolution that ensued, James II fled to France, and Parliament declared William and his wife, Mary, joint monarchs of England.

The Glorious Revolution of 1688 helped inspire American colonists to rebel against another British monarch, with the not-so-secret history of George’s III’s “repeated injuries and usurpations” enshrined in the Declaration of Independence.

But gossip has always been important to humankind. As Israeli historian Yuval Noah Harari notes in “Sapiens,” his best-selling account of early human history:

“It is not enough for individual men and women to know the whereabouts of lions and bison. It’s much more important for them to know who in their band hates whom, who is sleeping with whom, who is honest, and who is a cheat.”

Those who dismiss Woodward’s book underestimate the power that gossip and behind-the-scenes revelations wield over politics — and the way it has shaped the course of human history.