Sen. Bill Nelson trails behind Gov. Rick Scott by double-digits among likely Hispanic voters over the age of 50 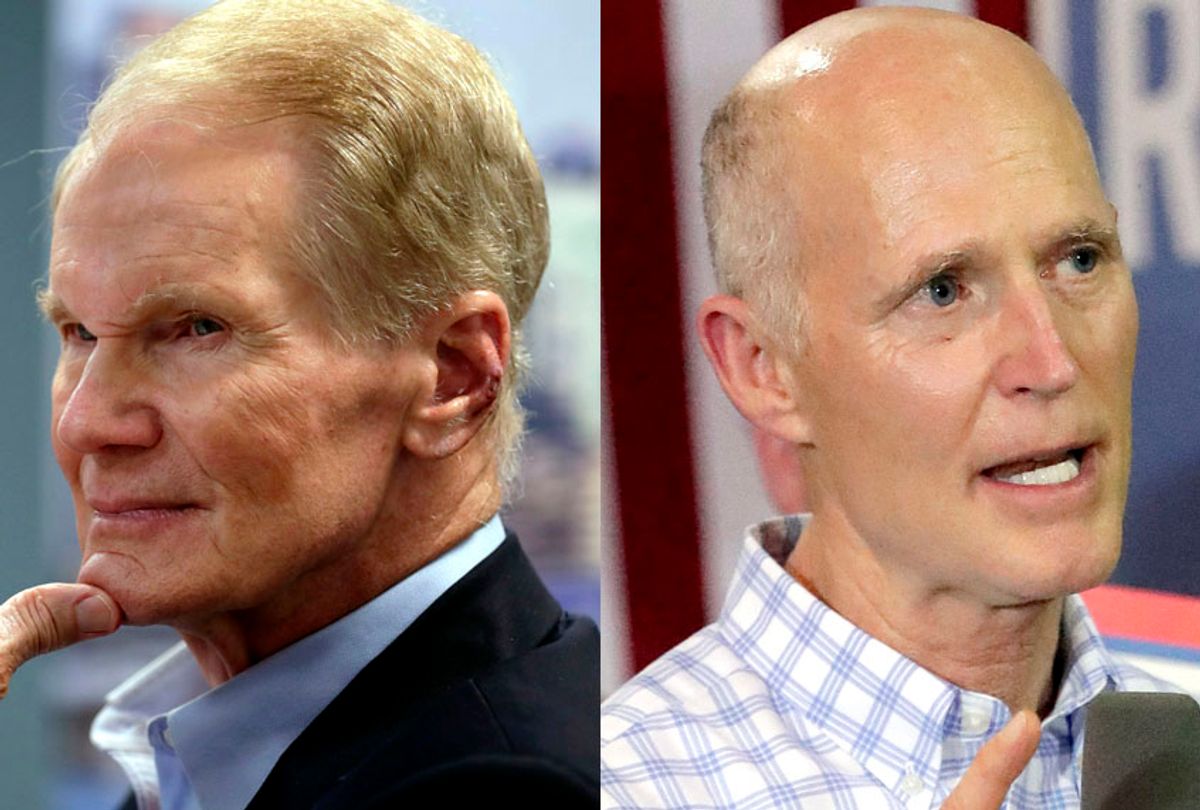 Sen. Bill Nelson trails behind Gov. Rick Scott by double-digits among likely Hispanic voters over the age of 50, according to the results of a new Florida poll released Tuesday.

The survey reveals that Scott, the Republican candidate, tops Nelson, the Democratic candidate, by 14 points — 52 percent to 38 percent. Likely Hispanic voters over the age 50 were asked who they would cast their ballot for if the election for U.S. Senate were held in Florida today. Of those likely voters, ten percent said they did not know who they would pick.

"Scott is outworking Nelson in Latino communities across Florida," Fernand Amandi, a pollster for Bendixen & Amandi, echoing numerous Democrats, activists and insiders, told POLITICO. "These numbers should sound the alarm for Bill Nelson if he hopes to win reelection against an opponent like Scott, who’s spending more time doing paid media in Latino communities."

"These numbers are a testament to the work Scott is doing spending the time, effort and resources to cultivate Hispanic voters in Florida," Amandi added. "It shows."

POLITICO reporter Mark Caputo explained why the 50 and older demographic is notable:

The 50 and older demographic among Hispanics — just as among Florida voters generally — is key because they tend to vote far in larger proportions than those who are younger.

In 2014, the previous Florida midterm election, Hispanics 50 and older accounted for 58 percent of the Latino vote. About 16 percent of Florida's 13 million voters are registered as Hispanic.

The survey also asked likely Hispanic voters over 50 years old what they think is the most important problem facing the U.S. today. President Donald Trump came out on top, with 19 percent of respondents saying that is the issue they care about most, followed closely by immigration (17 percent) and division of political parties (11 percent).

Midterm cycles are largely considered referendums on the current White House occupant, and likely Hispanic voters over 50 are split on the way Trump's is handling his job as president — 47 percent favorable to 50 percent unfavorable.

AARP/Univision/Bendixen & Amandi International surveyed 500 likely Hispanic voters over the age of 50 in Florida from Aug. 29 through Sept. 19 by live callers via telephone in English and Spanish. The margin of error for total respondents is plus or minus 4.4 percentage points.