Democrats ahead by sizable margins in five Senate races in states that Trump carried in 2016: polls

Party has a three in 10 chance of regaining control of the upper chamber of Congress, according to FiveThirtyEight 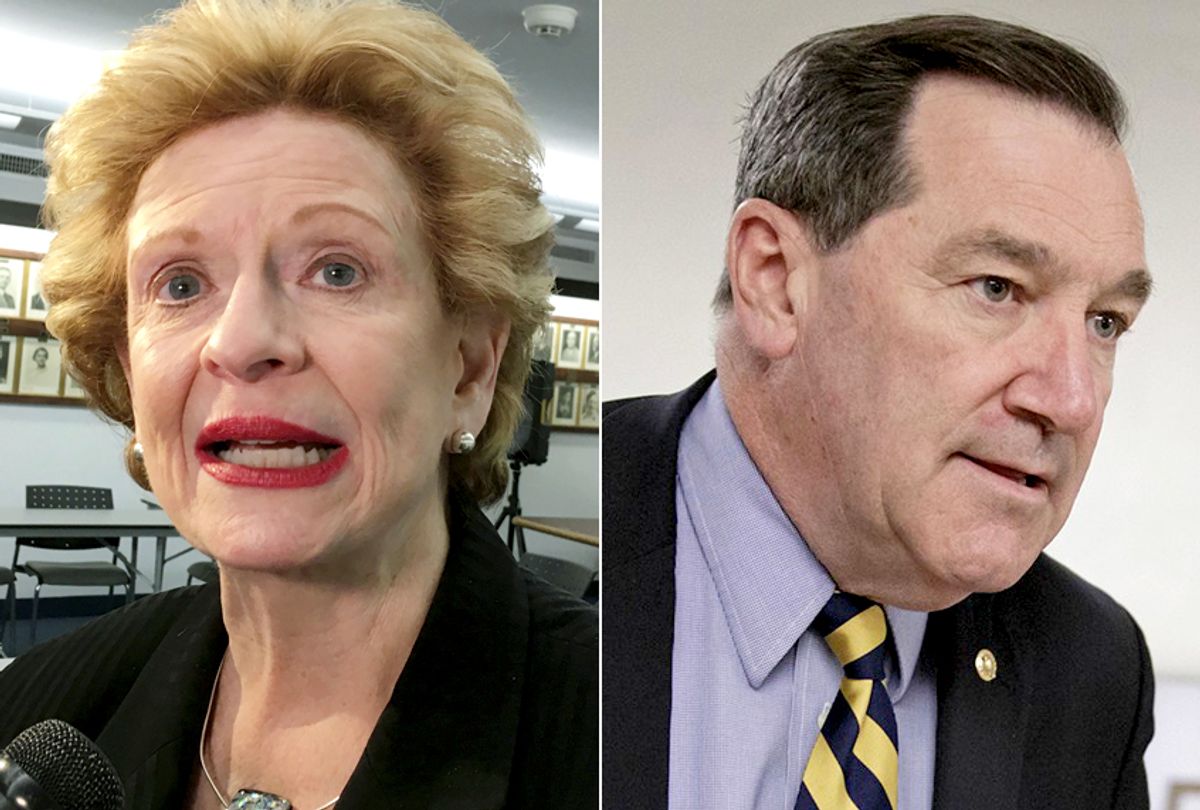 Democratic candidates are ahead by sizable margins in five Senate races in states that President Donald Trump carried in 2016, according to the results of a series of Reuters/Ipsos/University of Virginia Center for Politics polls released Wednesday.

The polls reveal that Democratic Sens. Joe Donnelly and Debbie Stabenow are up in Indiana and Michigan, respectively. Donnelly tops Mike Braun, the Republican candidate, by three points — 46 percent to 43 percent — among likely Indiana voters. In Michigan, Stabenow leads John James, a Republican endorsed by Trump, by double digits — 55 percent to 35 percent — among likely Michigan voters.

The Democratic candidates' slight advantage could partly reflect that a majority of Indiana and Michigan voters disapprove of the way Trump is handling his job as president, according to the poll. Midterm cycles are largely considered referendums on the current White House occupant, and among likely Indiana voters, 48 percent approve of the job Trump is doing while 51 percent disapprove. In Michigan, 39 percent approve while 59 percent disapprove.

Sen. Sherrod Brown of Ohio is also ahead in the polls. The Democratic senator leads Jim Renacci, his Republican rival, by 11 points — 50 percent to 39 percent — among likely Ohio voters.

Among likely Ohio voters, 45 percent approve of the job Trump is doing while 54 percent disapprove.

Sen. Tammy Baldwin is also ahead in the polls. The Democratic senator has a 13-point-edge over Leah Vukmir, her Republican rival — 52 percent to 39 percent — among likely Wisconsin voters.

According to the survey, Democrats are also ahead in gubernatorial races in the Republican strongholds. In Michigan, Gretchen Whitmer, the Democratic candidate, tops Bill Schuette, the Republican candidate by 13 points — 52 percent to 39 percent. In Pennsylvania, Tom Wolf (D) has a 17-point-edge over Scott Wagner (R) — 55 percent to 38 percent. Tony Evers (D) tops Scott Walker (R) in Wisconsin by seven points — 50 percent to 43 percent.

With just 42 days to go until ballots are cast in the 2018 midterm elections, the Democratic Party has a three in 10 chance of regaining control of the upper chamber in November, according to FiveThirtyEight's most recent estimate of the race for the Senate.