Showdown on Capitol Hill: After an insane news day, it's zero-hour for Kavanaugh, Ford 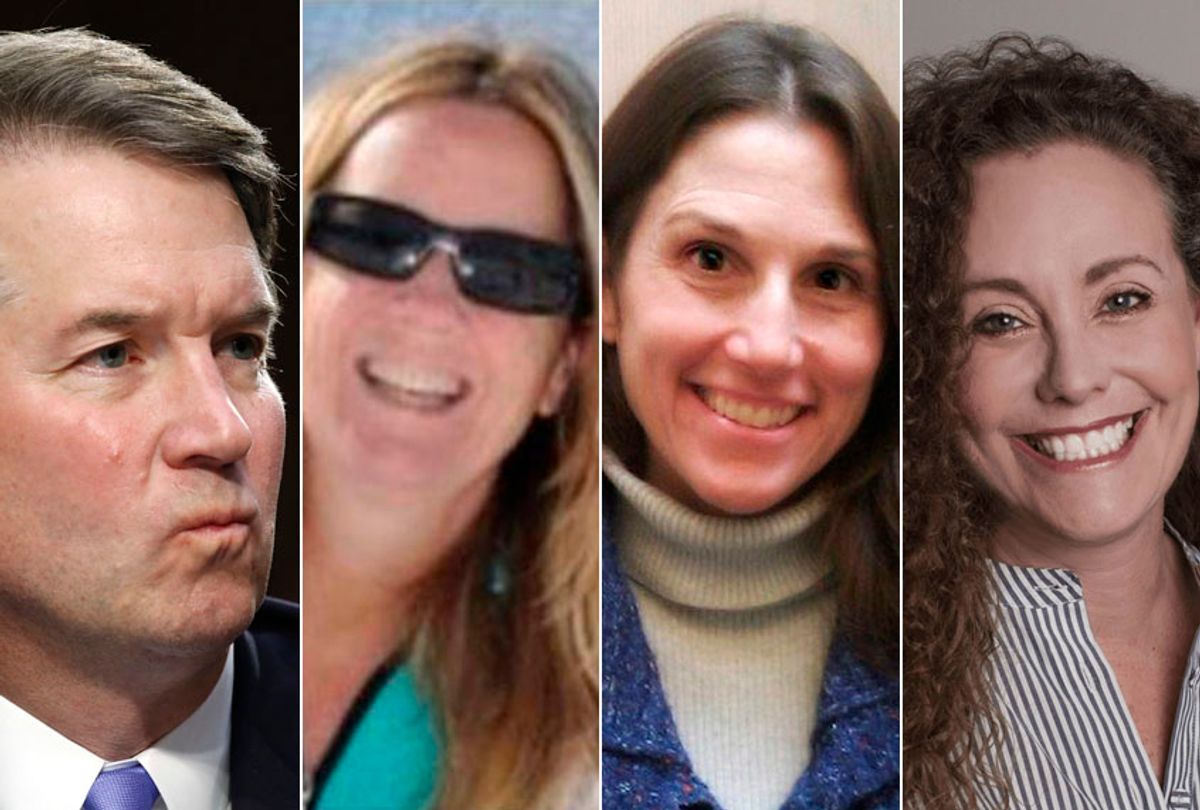 If you are a news junkie, Sept. 26, 2018 was the day you overdosed. It started with Stormy Daniels' lawyer, Michael Avenatti, releasing a sworn affidavit from a client named of Julie Swetnick which laid out a story of alcohol-fueled parties at which boys who went to Brett Kavanaugh's prep school lined up to rape girls who were too inebriated or drugged to resist. This was not the first story that such debauchery took place among that crowd in the 1980s.

In Jane Mayer and Ronan Farrow's New Yorker story about another Kavanaugh incident a few years later at Yale, a woman named Elizabeth Rasor went on the record saying that her high school boyfriend, Kavanaugh's good friend Mark Judge, had once admitted to her that he had participated in such a "line-up."  Nobody has specifically claimed that Brett Kavanaugh himself raped anyone but Swetnick claims she saw him at the parties and witnessed him spiking a girl's drink as well as unwelcomely groping and "grinding" on another.

Stories in the media about the culture of these boys' and girls' prep schools and at Yale during that era have proliferated in recent days. Along with a close reading of comments in Kavanaugh's high school yearbook, those describe an ugly picture of a group of boys and young men routinely abusing girls at drunken house parties. Mark Judge himself has written extensively about his heavy partying during that period, all of which makes Kavanaugh's self-portrayal as a virginal choirboy during his Fox News interview on Monday of less than believable.

As the media reported all these new accusations, Republican senators began fighting back. Led by Sen. Lindsey Graham, R-S.C., they cast aspersions on the victims, suggesting that they were immoral people for failing to come forward at the time if these things were true.

More than a few people commented that Graham and his cohort should probably think twice about making that accusation, considering all that has been revealed in recent years about the culture of abuse in the Catholic Church. Saying that accusers are immoral and lacking credibility if they didn't come forward or reject any further interaction with the perpetrators, no matter the social and emotional cost to a young person, is typical victim-blaming. Even older people have a hard time coming forward, knowing that people like Lindsey Graham will call them liars.

According to Capitol Hill reporters, Republicans are very angry at having to deal with this unfortunate little hiccup in their mad rush to confirm one of their favorite partisan henchmen to a lifetime appointment. Throughout the day, they turned up on camera to blame Democrats, complain about the process and generally whine about how this whole thing is taking much too long, ignoring all inconvenient reminders that Majority Leader Mitch McConnell held the last open seat on the Supreme Court for a year in order to get a right-wing Republican appointed.

This cascade of new information and high emotion was already overwhelming when Donald Trump appeared at the United Nations late in the day to give only the second free-wheeling formal press conference of his presidency, acting so wired it appeared he must have guzzled two six-packs of Diet Coke to prepare. It had previously been reported that the president was unhappy with how Senate Republicans and their allies had handled the situation, and had decided to take over.

Naturally, Trump was unable to resist making this situation all about him. It appeared he felt the need to remind people that he had even more accusations than Kavanaugh, obviously making him the more manly man of the two. He said, “I’ve had a lot of false charges made against me, really false charges. I know friends that have had false charges. People want fame. They want money. They want whatever. So when I see it, I view it differently than somebody sitting home watching television, where they say, ‘Oh, Judge Kavanaugh this or that.’ It’s happened to me many times.”

He brought up his own situation several more times, at one point alleging that some of the women who had accused him had been proved to have been paid off, but the fake news media had refused to cover it. (That was because it was a Fox News fantasy story.)

Things only went downhill from there. As bad as his excuses and accusations and insensitivity on this subject were throughout the press conference, the final question and answer said it all:

QUESTION: What about the message that you may be sending to young men? You’re a father. What does this moment that we’re in, the cultural moment ...

TRUMP: We’ll do it again.

QUESTION: ... the message to young men?

TRUMP: Thank you very much.

TRUMP: Thank you very much.

With that, Trump left the podium.

But there was really nothing left to say, was there? Trump had clearly just told young men that women are evil con artists who will falsely accuse them of sex crimes. After all, it's happened to him "many, many times."

As I write this, the hearing is still on for this morning with Dr. Christine Blasey Ford and Judge Brett Kavanaugh scheduled to testify. Trump insisted at one point that he would listen -- if he has time; he says he'll be very busy talking to other countries today -- and he could change his mind and withdraw the nomination if he finds the victim to be credible.

It's possible that Kavanaugh will withdraw, but it won't be because Donald Trump has suddenly decided to believe a woman in this situation, for the first time ever. He's made it very clear what he thinks about that. If Kavanaugh withdraws, it will be because Mitch McConnell tells the judge and the president that the votes aren't there.

On Wednesday night, word was that a few Republican senators already had cold feet. After watching that debacle of a press conference it's likely they had visions of campaign ads with Trump's crude, sexist comments hung around their necks like a 50-pound kettlebell. They can read polls a little bit better than he does, and the latest have Kavanaugh losing 18 points and Trump losing 16 among Republican women in the last two weeks. Are these senators willing to go down with Kavanaugh and Trump's Titanic?