The renegade president brings his war to the United Nations

Trump is out of touch — and it shows 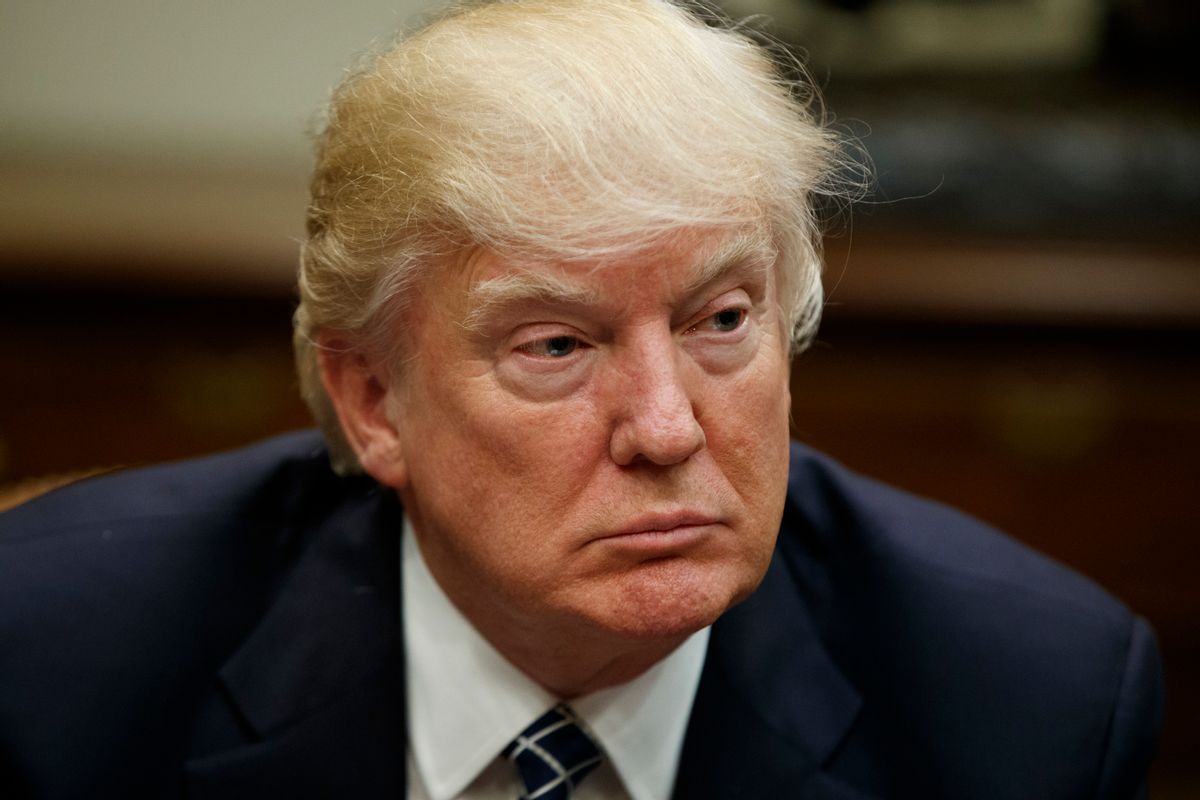 When President Trump began his speech to the UN General Assembly Tuesday, he started out in true fashion by touting his own record, saying, “my administration has accomplished more than almost any administration in the history of our country.”

But the bravado backfired, drawing audible laughter from the audience.

“I didn’t expect that reaction, but that’s okay,” the ruffled president said.

The crowd’s response highlighted UN members’ opposition to the president and his attacks on the UN and many of its core missions and institutions.

Last year, before his first speech to the UN, Trump withdrew the U.S. from UNESCO. This year, his administration pulled funding for the UN organization that offers health care and education to Palestinian refugees, boycotted a UN agreement on migration policy, and withdrew from the UN Human Rights council.

Such unilateral moves have provoked the ire of UN officials grappling to confront global crises with cooperation between nations.

“It’s not easy to understand why such a country like the United States, the most resourceful and richest country in the world, does not introduce universal health coverage,” Ban told the Guardian. “Nobody would understand why almost 30 million people are not covered by insurance.”

Against such a backdrop of criticism and unease, Trump waltzed into the General Assembly Tuesday to give his own nationalistic speech.

Unsurprisingly, his wide-ranging speech was marked by antagonism toward nations around the world, and championed America’s own military might and exceptionalism.

“We have secured record funding for our military,” Trump declared. “$700 billion this year and $716 billion next year. Our military will soon be more powerful than it has ever been before.”

Indeed, the U.S. military is the largest on the planet, roughly the sizeof the world’s next 11 largest national military budgets combined.

Trump went on to celebrate Saudi Arabia’s U.S.-supported war on Yemen, which has produced catastrophic casualties. His saber rattling against Iran and his promise to further undermine Venezuelan sovereignty point to future conflicts on the horizon.

In the midst of a global climate crisis, Trump stridently endorsed a dependence on fossil fuels. “We have become the largest energy producer anywhere on the face of the Earth,” he said. “The United States stands ready to export our abundant, affordable supply of oil, clean coal and natural gas.”

When discussing the Middle East, he made clear his administration’s ardent support for Israel’s war on Palestine. Trump exacerbated tensions in the Middle East earlier this year when moving the U.S. embassy in Israel to Jerusalem. The move was denounced throughout the world, and resulted in massive protests in Gaza and the West Bank in which over 50 Palestinians were killed by Israeli forces.

Trump’s disdain for the International Criminal Court was also on full display at the UN.

“[T]he United States will provide no support and recognition for the International Criminal Court. As far as we are concerned the ICC has no legitimacy or authority,” Trump said. “We will never surrender America’s sovereignty to an unelected, unaccountable body.”

The Trump administration’s attacks against the ICC seek to stop the court’s investigationsinto U.S. war crimes in Afghanistan and Israeli crimes in Gaza in 2014. A 2016 ICC reportalleges that the U.S. committed serious crimes in Afghanistan, including “torture, cruel treatment, outrages upon personal dignity, and rape.”

Bolton himself could be tried in the ICC for duping the American publicinto the 2003 launch of the U.S. war on Iraq while he was serving in the George W. Bush administration, according to University of Michigan History Professor Juan Cole.

In 2002, while working as the undersecretary of state for arms control and international security under Bush, Bolton said, “We are confident that Saddam Hussein has hidden weapons of mass destruction and production facilities in Iraq.” The claims were proven wrong, but the Bush administration got its war.

These are grounds for an ICC investigation into Bolton, according to Cole. “The UN Charter forbids the initiation of a war except where a country is attacked and responds in self-defense or where the UN Security Council designates a government as a threat to world order,” he explains.

Such efforts against the ICC and other UN bodies point to the dangers of a militaristic, renegade presidency that is seeking to foment war, climate crises, and economic inequality worldwide.

As Zeid Ra’ad al-Hussein, the former UN High Commissioner for human rights, told the New York Times, Trump is like a bus driver “careening down a mountain road with steep cliffs on either side.”

Benjamin Danglhas a PhD in Latin American history from McGill University and has worked as a journalist throughout Latin America for over a decade, writing for outlets such as the Guardian, Al Jazeera, the Nation, and Vice. He is the author of the books The Price of Fire: Resource Wars and Social Movements in Bolivia, Dancing with Dynamite: Social Movements and States in Latin America, and the forthcoming The Five Hundred Year Rebellion: Indigenous Movements and the Decolonization of History in Bolivia, all with AK Press. Dangl edits TowardFreedom.org, a progressive perspective on world events, and teaches journalism at Champlain College in Vermont. Email BenDangl(at)gmail.com or follow him on Twitter @BenDangl.