What really killed Beth March? And other gender lessons from "Little Women" 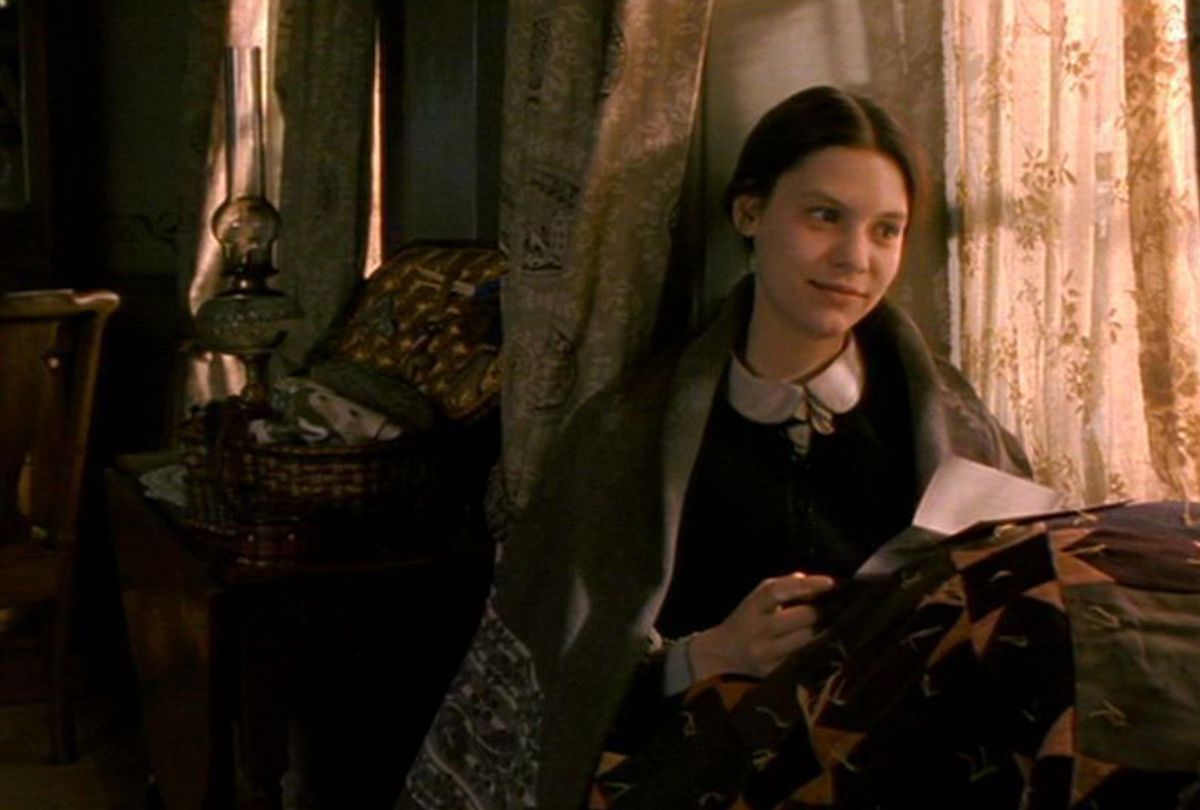 One hundred and fifty years after "Little Women" was first published, Louisa May Alcott’s classic novel remains deeply relevant. With a recent adaption by the BBC/Masterpiece Theater, a modern update starring Lea Thompson arriving in theaters, and a new film on the way in 2019 from Greta Gerwig, starring Meryl Streep, Emma Watson, and Saoirse Ronan, it’s clear that the March sisters still speak to us. "Little Women"’s portrayal of that awkward transition from girlhood to womanhood continues to ring true, whether it’s Jo wishing she didn’t have to grow into a woman at all, Amy enjoying her new-found powers of attraction to the opposite sex, Meg getting married half way through the book and showing girls that the wedding is not the endpoint, or poor Beth not growing up at all.

Over the years, Alcott’s classic has been read and re-read in new contexts. During the depression it appeared to be a story about a poor family’s dignity and survival. After World War II, it seemed to endorse women’s role as domestic consumers. With the advent of the feminist movement, it was read as promoting alternative roles for women, particularly in its portrayal of the iconoclastic Jo. But even feminist readers and critics were known to discredit it, impatient with Alcott’s decision to marry off Jo rather than letting her remain a “literary spinster” like herself.

In our current moment, other concerns have come to the fore, namely gender identity, the objectification of women’s bodies, and the need for greater representation of women’s voices. For generations, Jo was a beacon to girls who didn’t aspire to the feminine ideal. She asserted her right to be herself, rather than a “lady,” and provided an alternative path to maturity that could combine love and vocation. Today, we can see her as be a potent model of gender fluidity and resistance to heteronormativity.

In fact, "Little Women" may have been the first book to depict gender as something that is learned, not something you’re born with. Each of the sisters tries on possible identities, some of which they keep and others which they discard. Each of the sisters finds a path to womanhood that suits her—or falters along the way, as Beth does. Is it a mysterious illness or a refusal grow into a woman’s body that kills Beth? Either way, her story is a cautionary tale about some girls’ failure to thrive.

READ MORE: Sally Horner was “The Real Lolita”: The 1948 crime that inspired Nabokov

Ultimately, Alcott was telling her readers they had choices. The identity of woman was not one-size-fits-all, which is still a radical message for girls and young women to hear. Unfortunately, however, "Little Women" is not read by younger generations as universally as it once was. Yet they need as much exposure as possible to stories about girls that challenge the idea that female bodies matter so much more than women’s minds. (A recent study once again confirms that girls feel society judges “physical attractiveness to be the most important female trait.”) Jo March’s insistence on being nothing but herself—a prickly girl with literary ambitions who would rather be a boy—still has the power to inspire.

If the Bechdel test (which considers whether a film or text portrays women having conversations among themselves about topics other than men) represents the concerns of today’s feminists, "Little Women" passes with flying colors. In fact, its placement of women at the center of its narrative is the main reason it is has been undervalued and culturally marginalized.

Now, as women’s voices are commanding a hearing like never before, it’s time to revisit the classic novel that gave voice to girls’ frustrations and fears about becoming women in a world that judged them based on their appearance on adherence to feminine norms. As Gerwig and her crew prepare to start filming their version of "Little Women," we can start to read it as much more than a sentimental tale about women’s domestic lives and see the powerful ways it points toward a time when women’s voices and experiences will take center stage in our cultural life, rather than be relegated to the sidelines.

Anne Boyd Rioux is the author of "Meg, Jo, Beth, Amy: The Story of Little Women and Why It Still Matters." She specializes in the recovery and reconsideration of 19th-century American women writers, many of whom have been forgotten or relegated to the margins. She is a professor at the University of New Orleans and has been awarded two National Endowments for the Humanities. She is the author of two previous books and editor of three more. She lives in New Orleans.