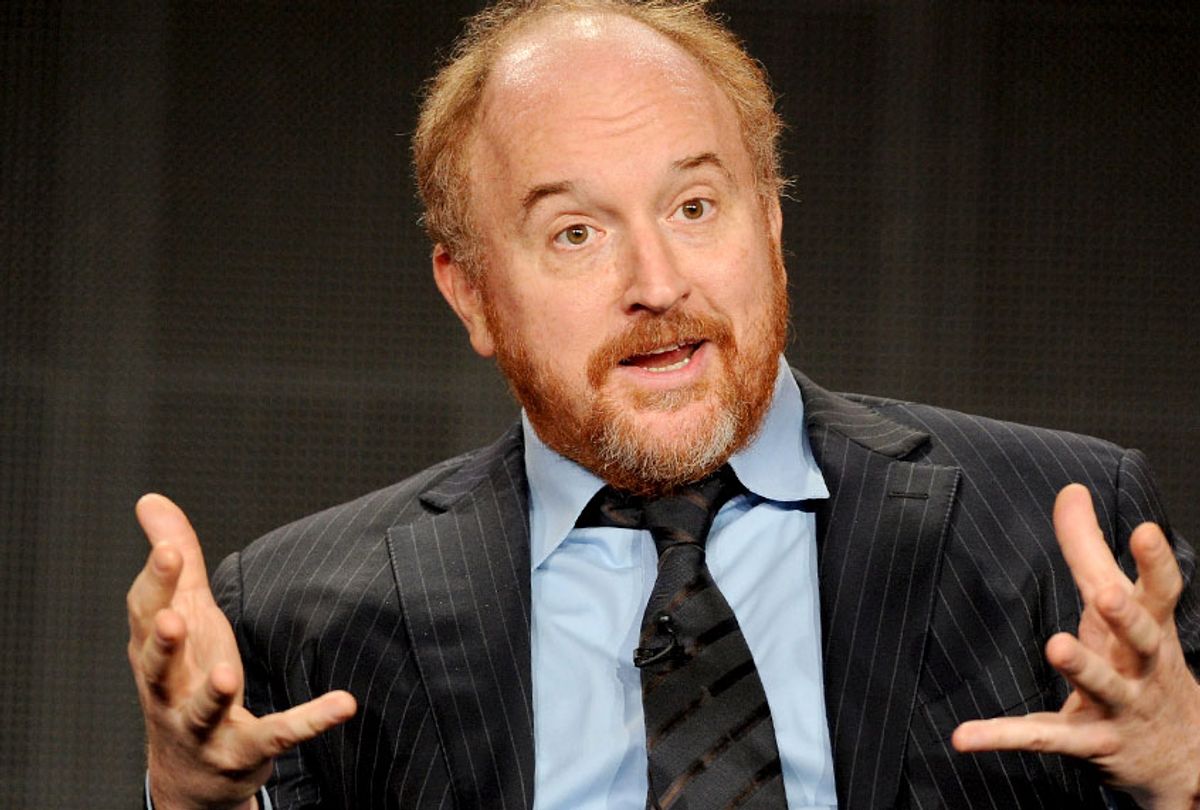 While Louis C.K.'s unexpected comedy set in late August was met largely with public outrage — though inside the club, the comedian received a standing ovation before he even told one joke — the main criticism centered on C.K. returning to the stage with a business-as-usual attitude. When he admitted to sexual misconduct last year, C.K. said he would step away and "take a long time to listen." What most people want to know, is what has he learned?

But according to audience members in attendance on Sunday, C.K. took the stage before 10:30 p.m., worked from notes, and performed a 20-minute set that made no mention of his inappropriate behavior, the New York Times reported, and that his entrance and exit was met with warmth and applause.

"When [Louis C.K.] got up he expressed gratitude for the cellar/audience having him, and that he knows not everybody is happy about him performing," James Richards wrote in an email to HuffPost.

"He talked about how he took a 'really long break' and was coming back now, but beyond those two mentions, didn’t really acknowledge his past / the allegations," wrote another audience member to HuffPost, adding that one of C.K.'s jokes that dealt with his nine-year-old daughter "made people uncomfortable."

"One was a joke about taking his nine year old daughter to Old Navy and seeing that they have boyfriend shirts for nine year old girls, and then graphically describing, 'Oh, is my nine year old supposed to be f-ing her boyfriend all night and taking his shirt?'" the audience member continued.

Given the blow-back that C.K.'s first surprise appearance received and when at least one patron complained of feeling ambushed by it, the Comedy Cellar has added a disclaimer to its tickets. "Swim at your own risk,” it says. "We never know who is going to pop in. If an unannounced appearance is not your cup of tea, you are free to leave (unobtrusively please) no questions asked, your check on the house." And two women walked out during Louis C.K.'s set on Sunday night, according to the Times.

The new policy is in part about offering audience members the choice to not sit silently as C.K. or any other disgraced comic randomly decides to take the stage that night. But likely the language, which has been in effect for about three weeks, will come off as passive, at best and complicit, at worst, as the disclaimer gives those at the Cellar a way to shirk responsibility for who they allow to perform, and without backlash. To be clear, it's tradition for famous comedians to test out new material at the Comedy Cellar, yet the #MeToo movement makes no qualms about the need to transform the culture for women and survivors, in all arenas and industries.

For many, the continued warm-welcomes and platform for C.K., offered to him without any mention or display of restitution, indicates how little is expected from powerful men when it comes to accountability. Australian comic Hannah Gadsby, who launched into the national spotlight after her stunning stand-up special "Nanette" arrived on Netflix in June, expressed her frustration on Twitter.

"L.C.K. AGAIN?" Gadsby wrote. "Without warning a sex pest gets the loudest voice in the room & shows he's still better at gripping his own genitals than the concept of consent. World is a gross #boysclub where the punchline still gets to be the comedian and the criminal still gets to be the judge".