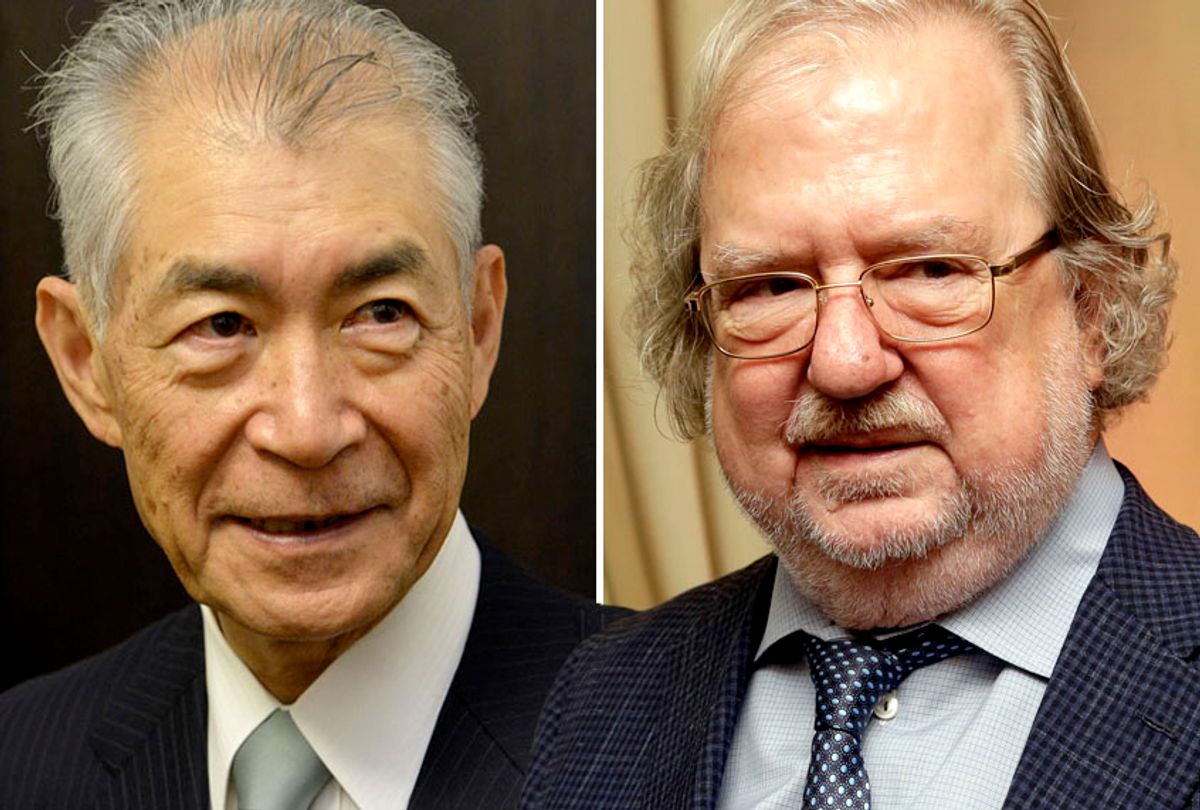 The 2018 Nobel Prize in Physiology or Medicine has been awarded to two immunologists for their revolutionary approaches to treat cancer. James Allison, based in the MD Anderson Cancer Center in Houston, Texas, and Tasuku Honjo, based at Kyoto University in Japan, led exciting and groundbreaking work on developing new types of immunotherapy that help our immune system fight cancer.

Immune cells need to be very tightly controlled to stop them being switched on inappropriately and causing inflammation. Cells in our immune system have a series of on and off switches that work in harmony to help regulate their function. The off switches — called “checkpoints” — are a bit like the brakes on your car.

This immune balancing act generally works well, but not in the case of cancer tumours. Tumours can encourage the immune brakes to stay on, which means our immune response is dampened and the immune cells cannot kill the tumour effectively.

By exploiting knowledge of how immune cells work, the researchers found that they could help the immune cells attack the tumour. The treatment works by releasing the brakes from specific immune cells called T cells. This allows the T cells to stay switched on and releases them to kill the tumour cells.

Allison was studying a protein (called CTLA-4) that is a critical brake for our immune system. It competes with our “on” switches to help control immunity. He realised that blocking CTLA-4 action could have amazing potential to help our immune cells attack tumour cells.

Honjo discovered another group of checkpoints called the PD-1 family. This family of proteins works in a completely different way to CTLA-4 but also acts as an immune brake.

Both researchers saw the potential of their work and realised that targeting these two sets of immune brakes could revolutionise cancer therapy. The discovery of checkpoint inhibitors as immunotherapy has been an enormous breakthrough in cancer therapy.

A bonus is that, because these therapies have such different mechanisms, they can be used in combination. Combination therapy has proved in some cases to be even more effective at treating patient’s tumours than one drug on its own.

The field of immunotherapy is one of the most exciting fields in immunology. As we learn more about immunology and how immune cells work, we are identifying more checkpoints and more ways we can look to harness the power of our immune system to treat cancer.

As we know more about immunology, the number of targets we can look to manipulate and the application of immunotherapies is growing making this an incredibly exciting time to be an immunologist.

This prize awards a fantastic body of work from two outstanding labs and is an amazing achievement. However, it is important to recognise that this groundbreaking research has been built from fundamental work on immunology and that there is a crucial place for both fundamental as well as clinically applied (so-called “translational”) work in research.