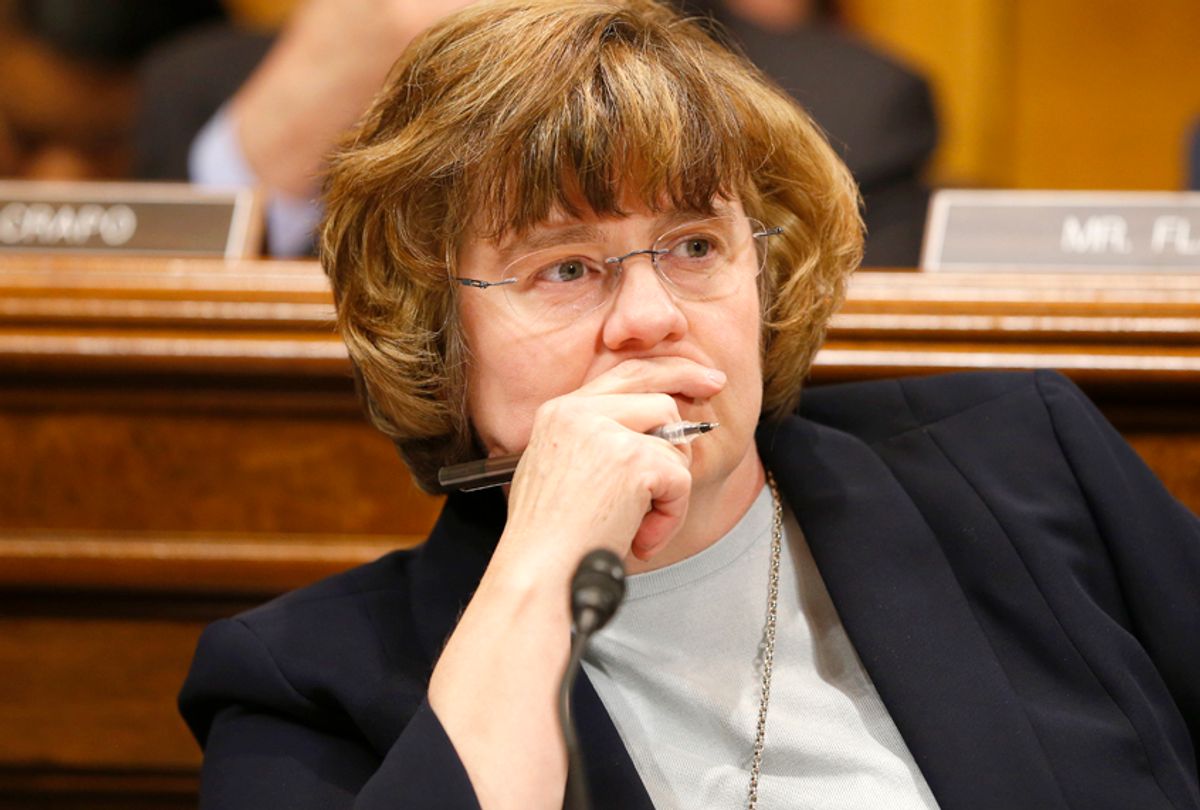 Rachel Mitchell listens to Dr. Christine Blasey Ford at the Senate Judiciary Committee hearing on the nomination of Brett Kavanaugh to be an associate justice of the Supreme Court, September 27, 2018. (AP/Michael Reynolds)
--

Rachel Mitchell, a sex crimes prosecutor Republicans hired to questions Supreme Court nominee Brett Kavanaugh's accuser, Christine Blasey Ford, has released a memo detailing her conclusions about Ford's sexual assault allegations against the judge. She concludes that it would not be reasonable to bring a case against Kavanaugh, and she extensively criticized Ford's credibility.

Many prosecutors have come forward to dispute Mitchell's memo, however. On CNN's "Anderson Cooper 360" Monday night, sex crimes prosecutors Linda Fairstein and Roger Canaff, who has worked directly with Mitchell, pointed out many flaws in its conclusions.

Both contested Mitchell's claim that the case is essentially a "he said, she said," arguing that any good prosecutor will always find additional evidence and testimony beyond the two conflicting accounts to paint a clearer picture. And yet in Mitchell's case, she only had access to the publicly available evidence and the public hearing she took part in — far too little information to come to firm conclusions.

Fairstein also pointed out that, despite Mitchell's claims to the contrary, her analysis was far from "independent."

"In the first four lines [of the memo], Ms. Mitchell says three times, 'This is my independent report,'" said Fairstein. "The word 'independent' is just ludicrous in light of the role she was brought in to play. She was a hired gun. She was not there as a prosecutor. She was certainly not independent."

Fairstein noted that there were significant lines of questioning that Mitchell abandoned, particularly of Kavanaugh — in part because Republicans decided to stop her questioning of Kavanaugh shortly after his testimony began.

Canaff also noted that Mitchell bizarrely criticized Ford for characterizing the attack she experienced as "sexual abuse" and "physical abuse" at different times, despite the fact that the assault she describes constitutes both. These minor differences, he argued, do not provide any justification for doubting her claims.

Canaff added of Ford: "In 20 years of doing this, Anderson, I've never witnessed a victim who sounded more compelling than she did."

Watch a clip of the segment below: