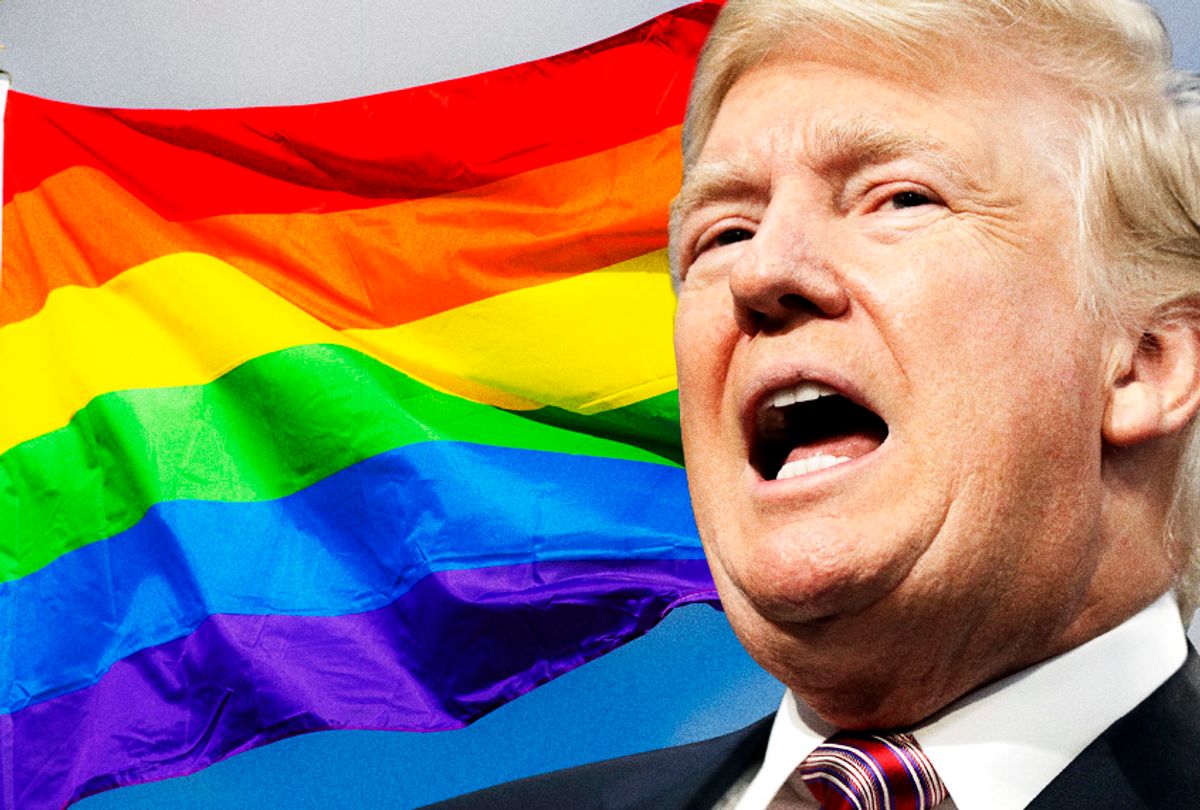 In 2009, then-Secretary of State, Hillary Clinton granted visas to domestic partners of U.S. and foreign diplomats, for same-sex couples. The policy was seen as progressive and inclusionary, but it is now, no longer. On Monday night, President Donald Trump vetoed Clinton’s policy, banning visas to partners in same-sex domestic partnerships who aren't legally married by year's end.

While Clinton’s policy did not grant heterosexual domestic partners the same privilege, it was for an obvious reason: marriage for heterosexual couples is legalized universally, whereas same-sex marriage is not granted in the majority of countries globally. Therefore, many same-sex partnerships cannot have a legally recognized spouse, often remaining in long-term domestic partnerships.

The new policy requires, "foreign domestic partners of diplomats and U.N. officials posted in the United States must show the State Department proof of marriage by Dec. 31 or leave the country within 30 days."

Starting from today’s date, domestic partners of diplomats, U.N. officials, full-time embassy and consulate staff, and foreign military members stationed at U.S/ military bases or assigned to a foreign embassy or consulate must prove they are married in order to enter the country with a diplomatic visa. The reasoning behind the latest policy is aimed at ensuring "all couples are treated equally."

The change, which took effect Monday, impacts the partners of United Nations officials, ambassadors, full-time embassy and consulate staff, and foreign military members stationed at US military bases or assigned to a foreign embassy or consulate in the US, among others.

The U.S. mission wrote in a July 12 note to U.N.-based delegations:

Same-sex spouses of U.S. diplomats now enjoy the same rights and benefits as opposite-sex spouses. Consistent with [State] Department policy, partners accompanying members of permanent missions or seeking to join the same must generally be married in order to be eligible for a diplomatic visa.

This new policy is coming out of the State Department, where Secretary Mike Pompeo has a lengthy anti-LGBTQ record. In his three terms in Congress, Pompeo opposed the repeal of the military’s "don’t ask, don’t tell" policy, saying "when you enter the army you give up on a few of your rights." When the Supreme Court legalized same-sex marriage, Pompeo, then a Republican member of the House of Representatives, released a statement opposing the landmark decision:

I am deeply saddened by the Supreme Court's ruling that imposes legalized gay marriage on the 70 percent of Kansans who voted to honor and protect the traditional definition of marriage as the union between one man and one woman. It is a shocking abuse of power. It is wrong. I will continue to fight to protect our most sacred institutions.

Many LGBTQ and human rights advocacy groups have shown their apparent opposition to Pompeo and now the recent policy from President Trump.

In a statement to Salon, the Vice President of Programs at GLAAD, Zeke Stokes said, "This is a cruel, unnecessary policy that will only expose LGBTQ people to harm, discrimination, and even incarceration in their home countries, under the disingenuous guise of having achieved ‘equality’ in the United States. This is not equality. GLAAD calls upon the U.S. government to immediately reverse this gravely harmful policy, which compounds the discrimination many LGBTQ people already face abroad."

The Human Rights Campaign, which tracks human rights abuses against the LGBTQ community, released a public statement on the latest policy:

"This is an unconscionable, needless attack on some LGBTQ diplomats from around the world, and it reflects the hostility of the Trump-Pence administration toward LGBTQ people,” said HRC Government Affairs Director David Stacy. “It is unnecessary, mean-spirited, and unacceptable. The White House must immediately go back to a policy that is fully inclusive and takes into account the dangers faced by LGBTQ foreign diplomats, U.N. employees, and their families."

Only 26 countries globally have legalized same-sex marriage – a minority of countries in the U.N.

There are currently at least 10 U.N. employees in the United States who would need to get married by the New Year to have their partners’ visas extended. And if same-sex couples do get married, where same-sex marriage is legalized, they could face severe consequences in their home countries, were their marriage is deemed illegal.