Ruben Fleischer's Sony tentpole is dividing critics online, with some bashing the movie as a "complete failure" 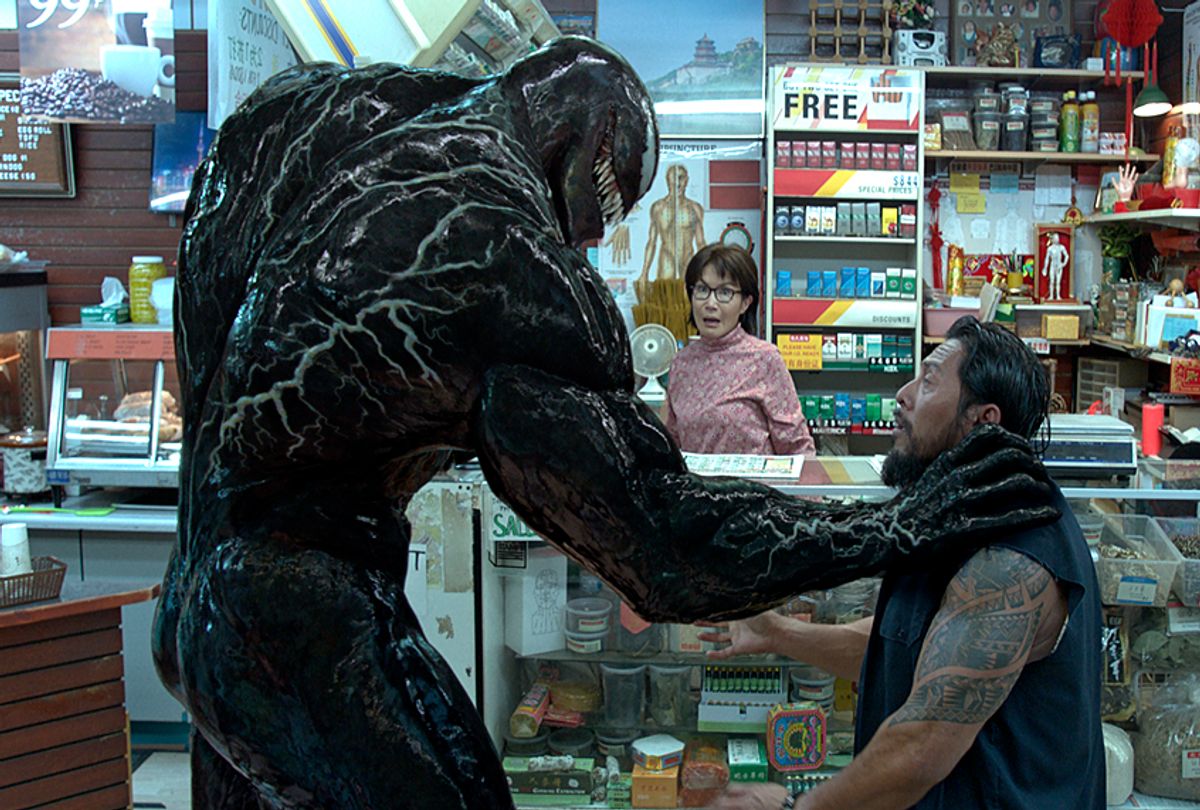 Sony lifted the social media embargo on “Venom” following the superhero tentpole’s Los Angeles world premiere, but the first reactions from film critics are hardly glowing across the board. The movie, starring Tom Hardy in the title role, is being met with a polarizing response online. First reactions range from some critics enjoying the film’s humor to others calling it “clunky” and a “complete failure.”

Read more IndieWire: ‘Venom’ Director Reveals How He Avoided R Rating, Says He Shot Film to Be PG-13 to Not ‘Exclude Any Fans’

“Venom” is directed by Ruben Fleischer, best known for helming “Zombieland” and “Gangster Squad.” The plot centers around Hardy’s Eddie Brock, a journalist who becomes infected with an alien symbiote that inhabits his body and gives him superpowers. Riz Ahmed co-stars as Carlton Drake, the leader of a shady corporation that experiments with the human body’s capacity for symbiotes. Jenny Slate, Michelle Williams, and Reid Scott also star.

“Significant chunks of ‘Venom’ don’t work at all, but there is some serious charm to the Eddie/Venom relationship,” Collider’s Perry Nemiroff wrote after the film. “Not sure I had the intended reactions to some scenes but fun is fun, even when it’s totally ridiculous, right? It’s too bad they didn’t go for the R rating though.”

The biggest consensus among critics is that the script from Jeff Pinkner, Scott Rosenberg, and Kelly Marcel never manages to find a balance between the film’s gritty side and more comedic leanings. IGN’s Tom Jorgensen calls the script “a tonal mess that feels 15 years old, ignoring the storytelling strides that the superhero genre has made in recent years.”

Sony opens “Venom” nationwide this Friday, October 5. Check out a handful of first reactions below.

Read more IndieWire: Terminix Throws Shade at MoviePass With MoviePest, Which Could Be Your Free Ticket to ‘Venom’ or ‘The Girl in the Spider’s Web’