20 years ago, Matthew Shepard was murdered: A letter from Laramie, 1998 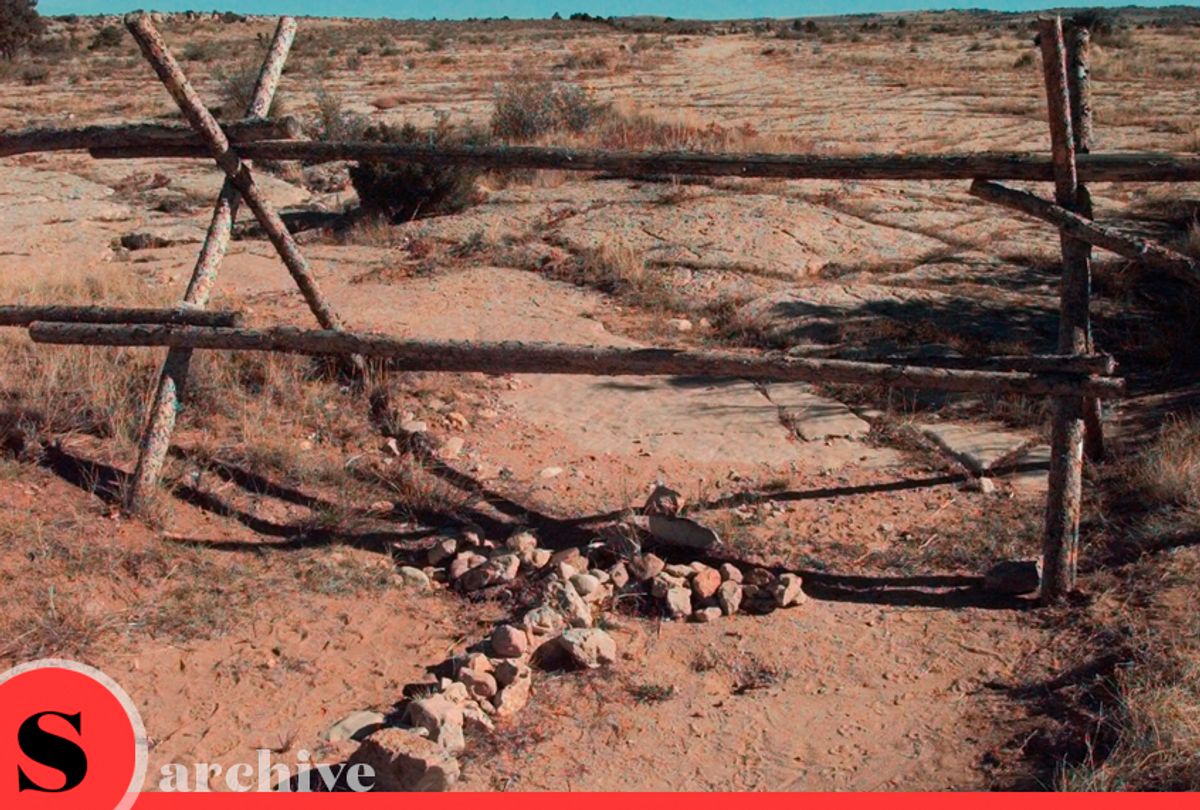 In this Oct. 9, 1999 file photo a cross made of stones rests below the fence in Laramie, Wyo. where gay University of Wyoming college student Matthew Shepard was beaten and left for dead. (AP/Ed Andrieski)
--

This Salon story was originally published on October 16, 1998, as "Letter from Laramie"

This is a tough time to be a Wyoman. The robbery and fatal beating of 21-year-old Matthew Shepard, an openly gay University of Wyoming student, has yanked Wyoming -- the ninth largest, yet least populated state in the United States -- from its peaceful blind spot in the nation's consciousness and repositioned it as the Home State of Hate. The tacky hi-jinks of Colorado State University students who sprayed anti-gay graffiti on a scarecrow ("I'm gay" on its face, "Up my ass" across its back) in a Homecoming parade float while Shepard lay dying doesn't cast a flattering light on our neighbors immediately to the south, either.

These acts reveal the tough cuticle layer of bigotry at the surface of this region. As a recent transplant I found myself wondering what the crimes reveal about my new home state. I moved to Wyoming from New York several months ago because I loved the land, the clean, uncrowded lakes on which to kayak and, most of all, the friendly, freedom-loving people. Shortly after I arrived, however, something happened that made me think I'd made a terrible choice.

A cowboy friend of mine and I joined up with a couple of wild horse racing teams and we all herded down to a small Colorado town for a Fourth of July rodeo. As all the cowboys sat at the breakfast table the morning after the rodeo, my friend mentioned that he'd recently made his first trip to New York City. "I'd love to go to New York to see all the pretty girls," said one guy. "But I'm afraid of all the fags."

My friend acknowledged he'd seen gay men in the Village. Ten pairs of crow-footed cowboy eyes fixed on him, then narrowed in scrutiny. "They're just like anyone else," my friend said.

By this time, my toast was stuck in my throat. I hadn't heard such cavalier use of the F-word in my presence since, like, seventh grade. "They're called 'gay people,'" I corrected him, trying to be calm.

"Well, I call 'em fags," he insisted. All the other men at the table sat with their faces frozen in stupid, uncomfortable grins. Then the conversation lurched to another topic.

With such a distressing first impression of the Wyoming attitude toward gays, I was shocked -- happily, thankfully shocked -- by the overwhelming local outcry against the attack on Matt Shepard. I first heard about it when a Cheyenne TV station broadcast one of the first vigils held in Shepard's honor, live. A soccer mom was walking with the crowd along a Laramie street, a young child hanging on each arm.

"I'm here," she said, her voice breaking, "because I can't believe this could happen here." Her pace quickened, her kids scrambled to keep up. She began to sob openly. "I want people to know that hate is not a Wyoming value," she cried, shaking her kids' arms. "Right, guys?"

READ MORE: I was the new Nobel winner's lab rat

I've concluded that a good heart beats beneath a veneer of stubborn intolerance out here in my new home state. Creeps and bigots are a vocal (God, aren't they always?) minority. I'm relieved, and proud, to say the reigning sentiment here is disgust and anguish. "The whole incident just makes us look so bad," says a Cheyenne cab driver. "The way I see it, a person's lifestyle is their business. If [gays and lesbians] let me do my thing, I'll let them do theirs."

I'm concerned that the murder of Matt Shepard will aggravate regional bias. Sophisticated city-dwellers look to Westerners as rural troglodytes -- those roughneck rogues with their pick-up trucks, hateful ideologies and trashy mobile homes (trust me, I was as guilty of this prejudice as the next latte-sipper). It's part class prejudice, part urban snobbery.

But while being an out queer in Wyoming is no Sunday promenade down Castro Street, it's not a death sentence. And beating someone and leaving him for dead because he's gay is not acceptable practice to the majority of Wyoming citizens. The editorial and letters pages of the Wyoming newspapers pour over with empathetic ink.

In the Oct. 13 edition of the Casper Star-Tribune, the editorial page featured a cut-out tolerance sign -- green circles (the international sign of peace) on a yellow background (symbolic of intolerance toward violence), accompanied by this copy, from editor David Hipschman: "We urge our readers to display this page as a message to our neighbors, our nation and the international community that Wyoming values do not include violence of any sort, especially hate-generated violence." And teachers all across the state -- from Rock Springs, Natrona, Casper and Cheyenne -- are quoted in the papers using this incident as an occasion to teach tolerance.

The killing of Matthew Shepard represents much more than the tragic outcome of a generic testosterone-stomp. It has brought to the fore legal and social issues that have been the subject of heated debate throughout the decade. See? human rights and queer activists are saying, this is what we've been trying to tell you. Teaching tolerance and lobbying for hate-crimes legislation isn't about "condoning a lifestyle" or seeking "special rights." People are paying for who they are with their lives, and we want it to end. Suddenly, the fashionable intellectual debate over whether or not gay culture has lost its vital edge in the face of assimilation looks mighty damn silly. Like arguing over the color of the drapes when the house is on fire.

While some Wyoming citizens petition for the addition of a hate crimes bill that includes sexual orientation, others think the legal status quo will suffice. Amid all the debate are a few voices of satisfaction and ridicule at the crime, but they're drowned out by a much larger chorus of disgust at the inhumanity of Shepard's killing. At present, the social and legal ramifications of this galling crime are unclear.

I'm skeptical, but hoping for the best -- on a local and national level. Wyoming is just like the rest of this country: a land of uneasy alliances, of those attempting to isolate themselves from change -- or beat it back with lethal force -- and those anxious to forge a new frontier of tolerance. As with any good western, I hope the good guys win in the end.