Brett Kavanaugh's WSJ op-ed has made me see the light. I too can be indifferent in court! 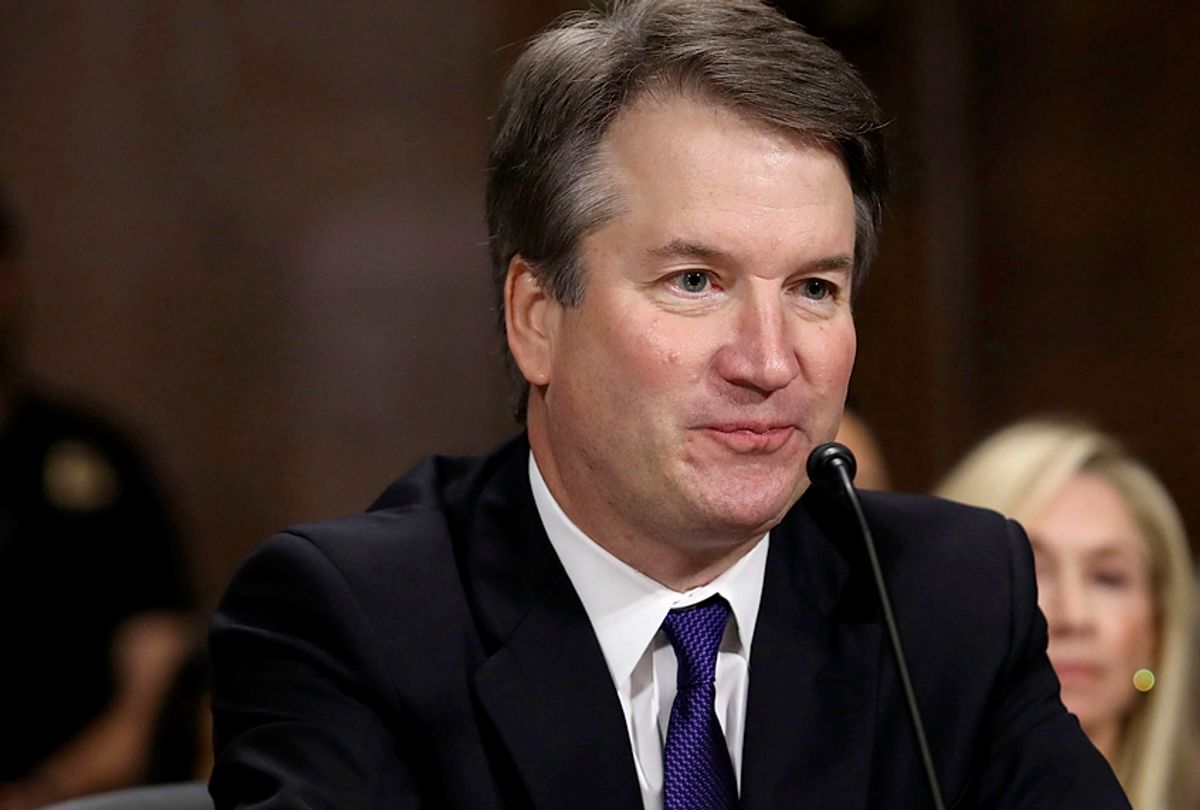 I was moved by Judge Brett Kavanaugh's opinion piece published in the Wall Street Journal last night. After all, he is a white, straight, middle-aged male lawyer, just like me. He's also a father, a son, a nephew, a cousin, probably a second cousin, perhaps even a godfather or a dutch uncle or something. And like me, he enjoys beer. Not plebeian beer, I bet; just the good stuff. We have a lot in common.

Sure, I didn't go to Yale or Harvard or Georgetown, and I barely even passed the bar, but yet I feel a close kinship to the judge for one major reason: we are both fiercely impartial. In fact, I would go so far as to say that (with all due respect) I am even more impartial than Judge Kavanaugh. And it is my commitment to extreme, nonpartisan, militant impartiality that leads me to believe that I am at least equally qualified to serve on the Supreme Court. If Kavanaugh's nomination peters out (and I do not mean that as a joke, though I concede it was an unfortunate choice of words in this context), or if, God forbid, some other deistic guardian of neutrality on the High Court should die or retire, I would accept President Trump's nomination.

Now, I'm not going to say I deserve such appointment — as alluded to above, I am not a particularly hard worker, nor am I particularly bright — but it is my steadfast, obsessive impartiality that makes me a perfect fit. Take my family, for example. Of course I love them dearly, but should they get caught in the spokes of the law, I would care not one whit. It is true, demographically speaking, that my daughter is unlikely to be given the death penalty for a crime she did not commit, or to be railroaded for life for something that no sane person would have made illegal in the first place. But if that happened, or if my wife were to be victimized in the workplace, or killed by an unsafe product, or maimed by someone else's negligence, and neither my darling wife nor my precious daughter had hope of recourse because of the monstrous, senseless restrictions placed on the law by the federal judiciary for decades now, I would be unmoved.

You see, I am a process man; outcomes do not concern me at all. I've demonstrated this degree of nigh-pathological indifference throughout my career, and I'm proud of that. My job is a job like any other, and I carry out my duties with all the passion of a plate of unsalted parsley. I’ve had clients wrongfully imprisoned for over a decade. I’ve represented workers subjected to heinous discrimination in the workplace, for example, one who was terminated while his wife was on an operating table. I’ve represented horribly neglected inmates, including a man left to vomit himself to death for seven days without medical care. Some of my clients have been subjected to heinous police brutality, like the grandmother who was mangled by a SWAT team that entered the wrong house. Once, I represented a Black client who ended up dying from the injuries he sustained from being beaten by police after he had been kidnapped by a white woman, despite having been on the phone with 911 begging for his life the entire time. None of these people were able to obtain real relief through the courts. Most of their cases were cut short by judges who, like me, are stoic, emotionless observers of the things that happen in the universe.

You might think that after a career like mine, one might want to get on the bench in order to correct some of the damnable unfairness wrought by such decisions. But no. I burn with the white-hot fire of impartiality. I am able to discern the reasoning behind opinions by jurists such as Kavanaugh, and that is all that matters. Certainly, if one looked closely enough, one could see patterns emerging in which the poor, the vulnerable, the needy, the injured, or the accused are repeatedly chewed up, swallowed, vomited out, and then swallowed again by the miserable excuse for a justice system that the federal courts have become. The work of a Supreme Court Justice, if he is truly destined for greatness, is never to look so closely.

There have been times — though I am shy to confess them lest I be accused of bragging — that I have appeared in court on behalf of a client and made no argument at all. But this is the quintessence of what the law demands: nothing. After all, the law is the law, it exists plain as day in a perfect, unvarnished state, and it needs no advocate to explain it. “Read the law” I’d say to the judge (who no doubt expected a fiery analysis in favor of my poor client), and briskly exit the courtroom. Imagine his honor’s relief at discovering a lawyer so impartial that he refuses to take sides! There is no doubt that I would be a perfect associate Justice.

The fact is, the law is the law, whether cruel or kind, and no one understands that better than me. The courts are no place to take a principled stand on issues of good and evil. We humans should not — indeed cannot — interfere with the machinations of the legal system to ensure that our own peculiar notions of “justice” are properly served. We cannot be swayed by policy, statistics, public pressure, empathy, common sense, or basic decency. This is so even if it means that innocent people often die without recompense, and that their blood forever calls out to us from the very soil we walk upon. No, we must not focus on outcomes, or even consider them at all — the law must be about process.

Should no vacancies come open anytime soon, I would consider accepting a lifetime nomination to a lower court.