If current trends hold, Republicans could get wiped off the map in the Southern California suburbs 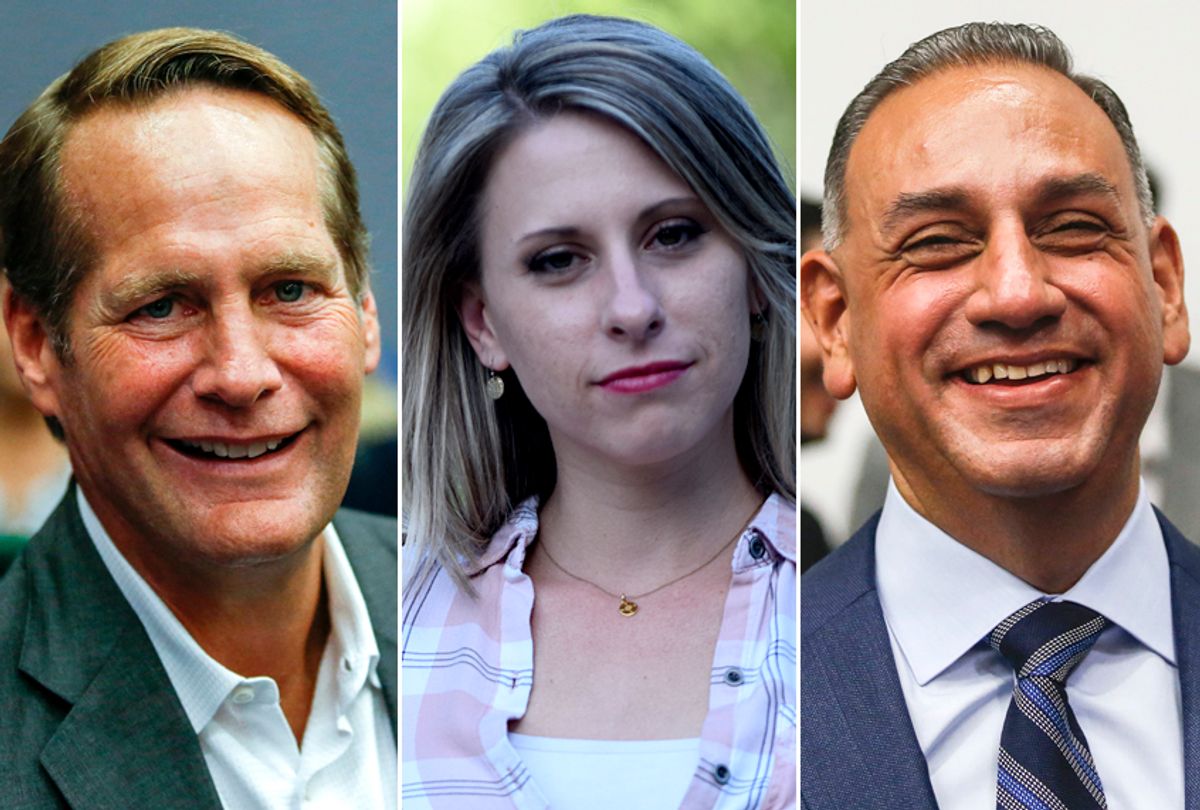 A new set of Los Angeles Times polls conducted by UC Berkeley’s Institute for Governmental Studies show that Republicans may get swept in all six of California's most tightly contested House races.

The polls show nearly every targeted House district in the state, especially in the Southern California suburbs where Republicans have consistently won, are trending toward the Democrats, as they try to overcome a 23-seat deficit to win back control of the lower chamber of Congress. The six previously safe GOP seats are key to the Democrats' chances of winning a majority, but the Los Angeles Times cautions that “if the tide ebbs only slightly, the GOP could emerge with much of its control intact.”

Pollster Mark DiCamillo explained that President Donald Trump seems to be the driving factor behind voters looking to Democrats in previously red districts. The polls show that none of the Republican candidates have been able to surpass Trump's low popularity totals in the area, which are effectively a “ceiling” for vulnerable GOP House members.

Longtime Rep. Dana Rohrabacher, who has been accused of doing Russia's government's bidding even by leaders of his own party, is among the vulnerable Republicans who could lose amid a blue wave. The 15-term congressman, who won his last reelection by 17 points, is tied 48-48 with Democrat Harley Rouda.

In the nearby 45th district, which covers a large part of Orange County and was carried by Clinton by five points, Republican Rep. Mimi Walters trails UC Irvine law professor Katie Porter by a 52-45 margin.

A much closer race that warrants watching is in the state's 39th district, where Democrat Gil Cisneros was accused of sexually harassing former Democratic state Assembly candidate Melissa Fazli, who later withdrew the allegation and called it a “misunderstanding.”

Cisneros, who has been the target of GOP attack ads and is viewed positively by just 41 percent of voters in his Southern California district, is in a virtual tie with Republican Young Kim for retiring Rep. Ed Royce's seat.

While those six seats have been Democratic targets all cycle, the polls also found a potential major upset brewing in the heavily Republican 50th district, which Trump won by 15 points.

The poll found three-term Republican incumbent Duncan Hunter, who has been indicted, with his wife, on a plethora of charges related to their use of campaign funds for personal expenses, leads Democrat Ammar Campa-Najjar by just two points. Hunter won his previous reelection by a whopping 28 points.