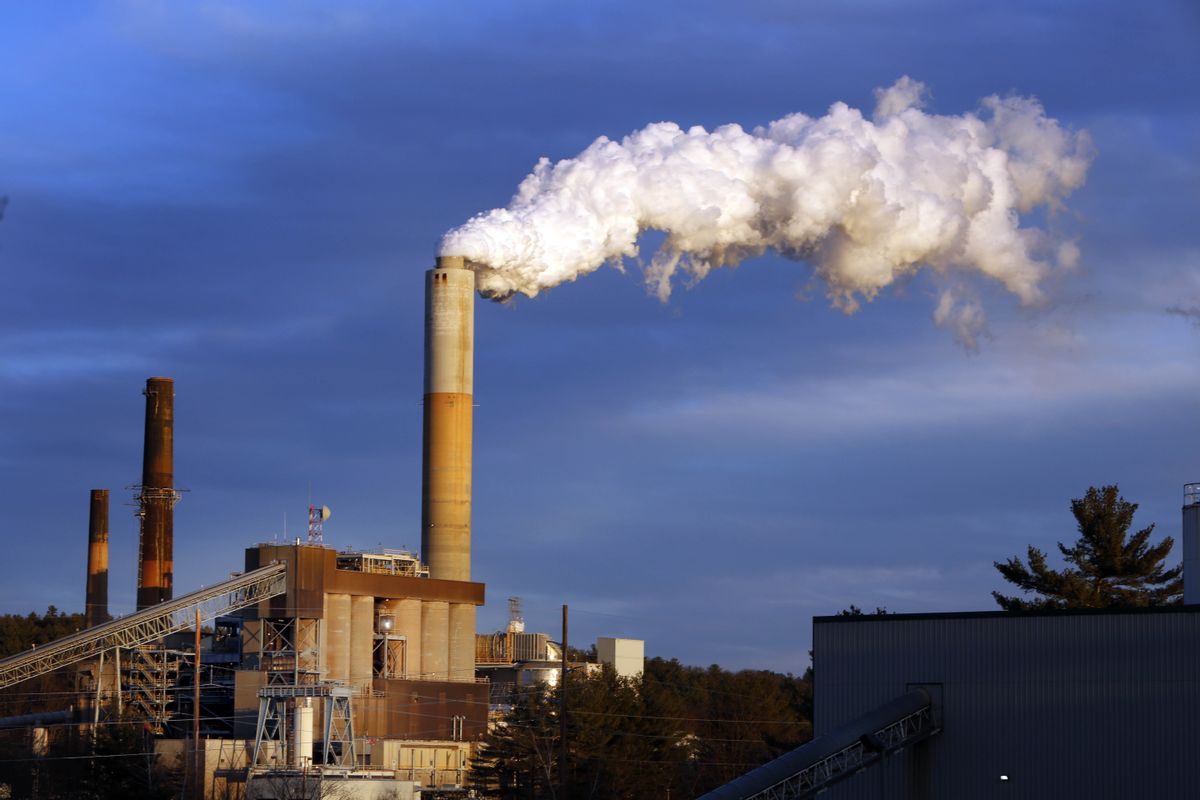 Trump’s Department of Energy put together a bogus study to justify a proposal to prop up polluting coal-fired power plants and financially failing nuclear plants.

Perry, who claims that closing coal and nuclear power plants would threaten national security, met and literally embracedcoal magnate Robert Murray, the CEO of Murray Energy Corp., in March 2017, just 28 days after he was confirmed by the Senate. Murray and Murray Energy employees donated more than $115,000 to Perry’s failed 2012 presidential campaign and more than $300,000  to the Trump presidential race.

Murray gave Perry a plan to “assist in the survival of our country’s coal industry” that stressed grid reliability. Perry tried and failed to get the Federal Energy Regulatory Commission to approve payments for some coal-fired power plants and nuclear reactors to help them stay in business. FERC voted unanimously against it.

In March, DOE’s National Energy Technology Laboratory published a study looking at the bomb cyclone, the deep freeze that blanketed much of the eastern United States from Dec. 27 to Jan. 8. The study purported to find that the U.S. would have suffered severe electricity shortages, and perhaps widespread blackouts, without coal-fired power plants.

The study cherry-picked data to support coal and ignored our existing backups to provide power during extreme weather.

Ken Kern, one of the co-authors, vented in emails about government officials, including FERC Chairman Kevin McIntyrewho told senators there was “no immediate calamity or threat” to the power grid because of expected closures of coal and nuclear power plants.

“We need to push beyond this apparent bureaucratic resistance or incompetence and to acknowledge to ourselves that the need for adequate compensation exists,” Kern wrote.

The day after the study was released, FirstEnergy Solutions Corp., which buys coal from Murray Energy, asked the Department of Energy for emergency financial help, citing the Federal Power Act which lets the federal government keep power plants open in times of emergency or war.