Amandla Stenberg shines in hard-hitting "The Hate U Give" 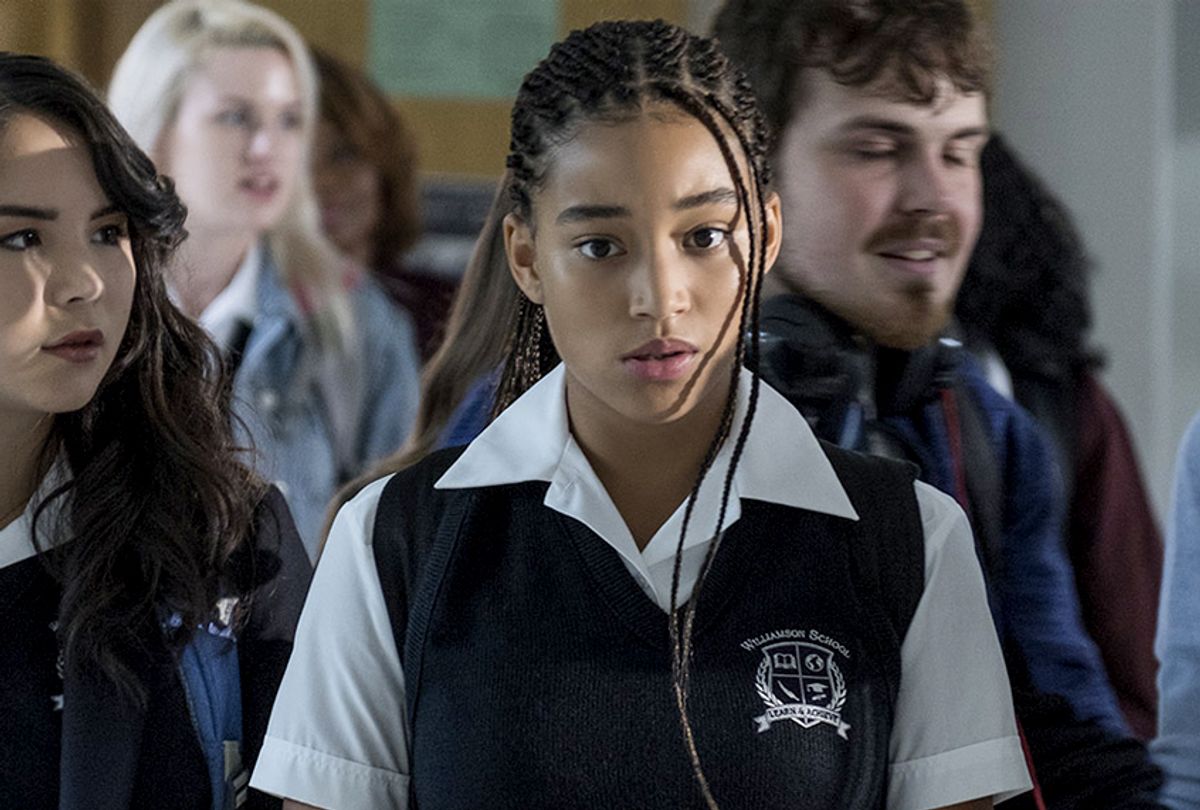 Police shootings of unarmed black men are such a tragic part of everyday life that it’s no wonder movies feel the need to offer their take on the subject. Yet the moral outrage expressed so potently in such films as "Fruitvale Station" and "Monsters and Men" rarely results in impactful box office. Harsh reality is already too much for most audiences. "The Hate U Give" looks to be the exception to that rule, largely because the blunt force approach that director George Tillman Jr. ("Soul Food," "Notorious") takes to the 2017 young-adult bestseller by Angie Thomas cuts through the noise of headlines and sermonizing.

Read more Rolling Stone: No, the Bill of Rights Doesn’t Prevent Police From Unlocking Your Phone With Your Face

It’s one thing to say Black Lives Matter, it’s another to live it. And that’s the test facing Starr Carter (Amandla Stenberg), a 16-year-old African-American girl who finds it easier to ignore the race crimes transpiring in her low-income neighborhood by attending a private, mostly white prep school across town. Starr’s mother (the reliably stellar Regina King) thinks of the school as a way out for her children. But Starr instinctively knows she’s living a lie. She keeps her white boyfriend, Chris (K.J. Apa of "Riverdale"), a secret from her family and her family away from him, scrupulously code-switching by playing it straight down the middle while her white classmates talk “black” to sound cool.

It is impossible to over-praise Stenberg’s incandescent performance, a gathering storm that grows in ferocity and feeling with each scene. Stenberg nails every nuance of a role that keeps throwing challenges at her, none more devastating than when it becomes impossible for Starr to remain stuck in neutral. The catalyst for change comes when her friend Khalil (Algee Smith) is fatally shot by a white police officer (Drew Starkey) who mistakes Khalil’s hairbrush for a gun. Starr witnesses the whole thing and finds herself at a crossroads. In a flashback at the top of the film, Tillman shows us the Carter family having the “talk.” In a concise summary of the Black Panther’s Ten-Point program, Starr’s father Maverick (the outstanding Russell Hornsby), a reformed drug dealer, tells the young Starr and her brothers about dealing with police. The crux of it is to cooperate, stay calm and always keep your hands where they can see them. The implication is: don’t rock the boat. But it is precisely Starr’s burgeoning activism that makes "The Hate U Give" an emotional powerhouse.

The script by Audrey Wells sometimes drifts into polemics, especially when Starr listens to the arguments of a lawyer (Issa Rae) who pushes her to testify, a drug kingpin (Anthony Mackie) who threatens her to shut up and a cop uncle (Common) who tries to make her understand things from a police point of view. "The Hate U Give," the title from a Tupac rap about Thug Life — “The hate you gave little infants fucks everybody” —  takes on far more than it can handle. But you can feel its raw energy in every scene. In a multiplex content to numb us with comic-book escapism, Tillman’s film snaps like a livewire. It means to shake you — and does.